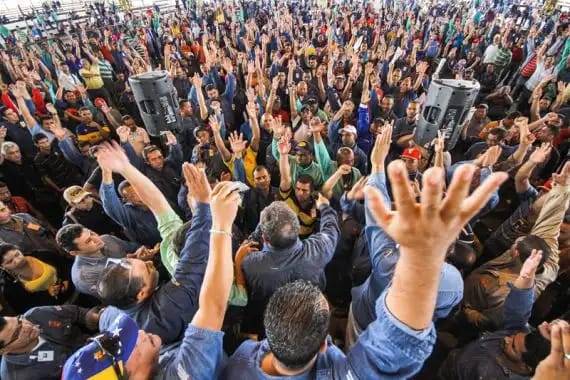 Mauricio Macri has been defeated at the ballot box. Undoubtedly, these elections have demonstrated the willingness of the workers, students and youth to put an end to Argentina’s structural adjustment policies.

Yet, in the absence of a Left alternative that could defeat Juntos por el Cambio (Together for Change), the tool that the masses found to strike at Macrismo was voting for the Frente de Todos (A Front for All) of Alberto Fernández. This marks the beginning of a new political phase in the country.

With 97.2 percent of the votes counted, Frente de Todos gained 48.1 percent of the votes, while Juntos por el Cambio had 40.4 percent. At this moment, the difference between them is around two million votes. Consenso Federal (The Federal Consensus) managed 6.2 percent of the vote and the Left Front and Workers Unity Party (Frente de Izquierda y los Trabajadores-Unidad, FIT-U) came in fourth place with 2.2 percent, at around 560,899 votes. 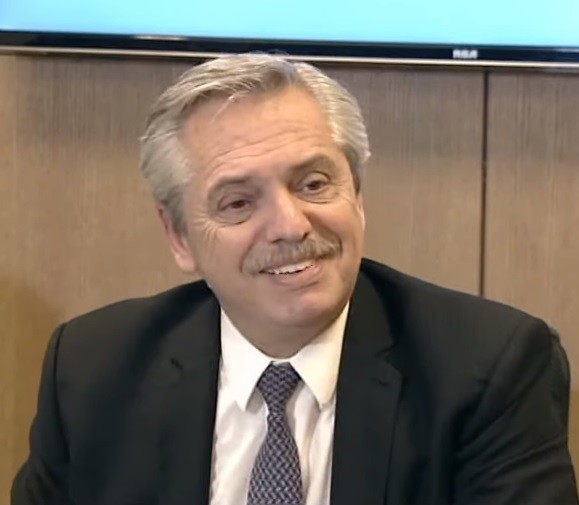 In the absence of a Left alternative, the masses voted for Frente de Todos (A Front for All) and Fernández to strike at Macrismo / Image: Todo Noticias

In turn, the blank and void ballots added up to 1.5 percent and 0.9 percent respectively, totalling 631,464 votes.

What the numbers show is that Macrismo won 2,348,918 more votes – compared to the recent Compulsory Primaries, PASO, in August – than the right-wing options in the PASO (the NOS Front, Awake-Unite, and even the Federal Consensus), and received votes from the newer voters who participated in this general election and not in the open primaries (participation increased by over a million people). Meanwhile, Alberto Fernández gained only about 250,000 more which, to a large extent, came from the electoral base that voted for the FIT-U in the PASO elections, where it had won 723,147 votes.

Macrismo had the support of the media, Donald Trump, the IMF, and the entire establishment within and outside of the country. With all this in his favour, Macri and the “best team in the last 50 years” failed to be re-elected.

However, Macrismo still performed well. Indeed, far from a retreat in disarray after the PASO results, he not only consolidated his Parliamentary bloc, but also retained, by a clear majority, the Autonomous City of Buenos Aires that remains in the hands of Cambiemos. In addition, he also controls Mendoza in the hands of the radical Alfredo Cornejo and Córdoba in the hands of the Peronist Schiaretti, as well as San Luis and Entre Ríos. Macri also won the province of Santa Fe (which in the last election for Governor saw the victory of the Peronist Preotti), achieving 43.49 percent against 42.65 percent for Fernandez and Fernandez.

Consequently, the advantage obtained in the PASO has developed into a precarious scenario for Alberto Fernández, with Mauricio Macri now only eight points below him. At the PASO, the difference between them was approximately 17 points. All that remains now is to wait for the final result. 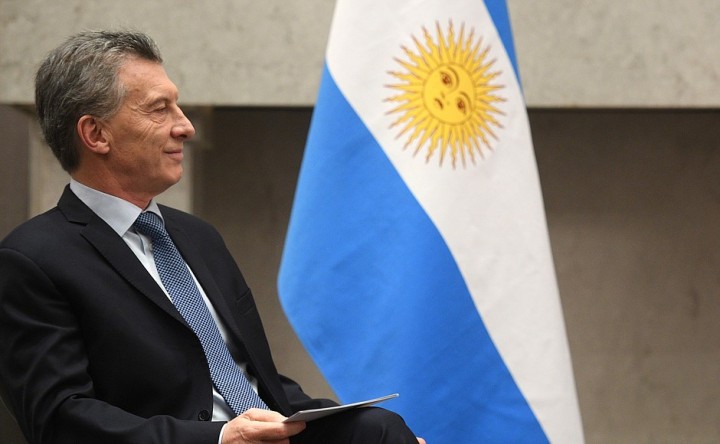 In spite of everything, Macrismo still performed well, and won some key battles, such as in Buenos Aires / Image: PoR

For his part, Axel Kiciloff, who beat the current governor of the Province of Buenos Aires by a margin of almost 10 points, showed no enthusiasm in his victory speech, on the contrary, he tried to dampen the mood and manage expectations. He said that, after four years of a Mauricio Macri government and María Eugenia Vidal in the first district of the country, the prospects are not entirely optimistic. In his words, the government of Cambiemos-Unidos por el Cambio (United for Change) employed a "scorched earth" policy, meaning the situation he is inheriting is extremely complex:

"First, it is necessary to recover the lost ground, and I ask for popular support to move forward."

The left, represented by FIT-U, has lost votes compared to the 2015 elections, when it received 3.27 percent compared to just 2.2 percent this year. This shows the obvious weakness of the left in maintaining a clear dialogue with the working class. Its sectarianism prevents its leaders from recognising the need for a united front and putting into practice what they voted for in 2011 when they set up the FIT and agreed on a programme.

FIT-U leaders do not establish links with the working class so that they see the left as a viable alternative in elections that can represent their interests, and not only within the political limits of parliament.

Certainly, not a single shred of self-criticism is to be seen regarding their significant loss of parliamentary representation, only complacency. By disguising a retreat as an advance, and safeguarding above all the prestige of its leadership, the FIT-U paves the way to an even greater decline. 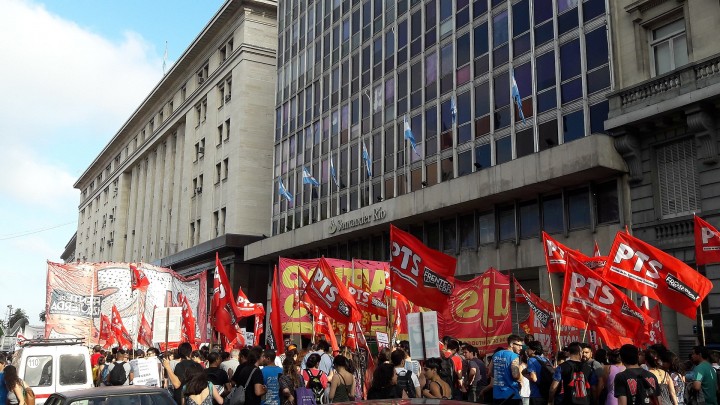 The left, represented by FIT-U, suffered for its sectarianism and did badly / Image: Gastón Cuello

In 2013 (their historical election campaign, with a lot of media visibility, in which they won 5.25 percent and 1,224,000 votes, without counting the MST) they won three deputies. In 2015 they reached four, in 2017 they were reduced to three and now they only have one deputy.

The leaders of the FIT-U have been justifying their decline over the last two years by the “right turn in Latin America”, and the traditional polarisation at home between Kirchnerism and the right. Yesterday, when the rise of insurrectional struggles across the continent could not be denied, to the traditional excuse of right-wing/Kirchnerist polarisation, they added a new and surprising argument: these insurrections are "still new, and lacking the leading role of the working class with its methods and programme”. That is to say, the political immaturity of the masses is responsible for their meagre electoral results.

Of course, there is no self-criticism on the part of the leaders of the FIT-U, who with oscillations of one to two points have maintained the same electoral support of two to three percent invariably for six years: the same percentage that, for more than 30 years, the whole of the Argentine left managed to gain when each group appeared in the elections separately.

For decades, the rich experience of the Argentine working class has known revolutionary explosions, colossal strikes, popular uprisings, periods of ebb and demoralisation, economic boom, economic catastrophes, destruction of traditional, longstanding parties, the explosive emergence of new ones, etc. However, in the view of the leadership of the FIT-U, none of this accumulated experience seems to matter in terms of the Argentine working class viewing the left as an alternative worthy of consideration. Neither the FIT’s strong parliamentary bias in these years, nor its claudication to petit-bourgeois feminism, with the adoption of so-called "inclusive language", has helped them attract significant layers of voters.

The key reason for the electoral and social enfeeblement of the so-called left in Argentina is sectarianism and the inability of their leaders to understand the tactics of the united front with the real, living masses that make up the working class. Despite their arrogant boasting, they never understood in Marxist terms what Peronism represents (or, more recently, Kirchnerism) or the way to address the Peronist masses. In fact, at decisive moments, this sectarianism has led them to appear on the same side as the right wing.

As soon as the election results came out, the CGT was already celebrating the victory of Alberto Fernández, showing their total lack of desire to be on the streets and fighting alongside the working class in the battles to come. The CGT Board of Directors promises to assist with the tremendous challenge facing the newly elected government, negotiating with several popular sectors, including businessmen. Despite the apparent calm now that the elections are over, the situation is still chaotic. As of this morning, 28 October, the Central Bank has reduced the value of purchases in dollars to only $200 per month and per individual, with the aim of avoiding a further draining of reserves.

The orientation of the masses will be determined by the objective conditions of Argentine capitalism in crisis, as part of the world crisis, and also by the policy of Frente de Todos to hold the movement back. But among these factors, the decisive one will be the economy, since the containment levees cannot last forever.

The economic time bomb prevents any sustained recovery. Indebtedness, the fiscal deficit, the external restriction and the IMF's boot coming down on the Argentine economy represent huge obstacles that cannot be overcome with a “social pact”. Although Alberto Fernández does not have an open structural adjustment programme, it will be the capitalist crisis that will push him toward a policy of attacks beyond his personal intentions. It is not a neoliberal crisis, but a capitalist crisis.

Bourgeois elections, in general terms, do not represent the interests of the masses. The main task facing workers who want to fight back against structural adjustment and move forward today is to develop the perspective of nationalising the commanding heights of the economy under workers' control. They must discuss the need for common ownership of land, banks, and major industries. They must propose a common production plan as the only way to mobilise the colossal potential of industry, agriculture, science and technology for the benefit of the overwhelming majority of the population - and not for the obscene enrichment of a minority of entrepreneurs, bankers and landowners.