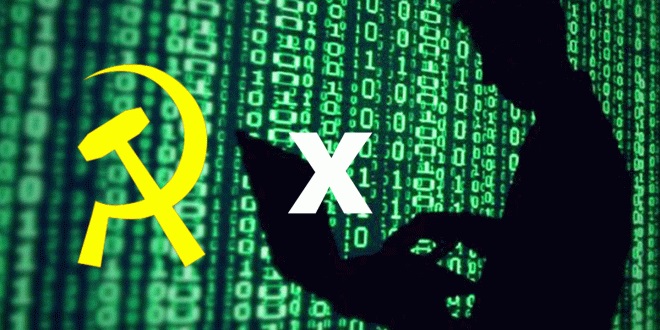 The Brazilian section of the International Marxist Tendency has faced an online attack from an anonymous individual in an attempt to silence our revolutionary ideas. The IMT would like to send our full support and solidarity to the Brazilian comrades of Esquerda Marxista and comrade Johannes Halter, who has endured personal threats as well as threats towards his family. We ask all our readers to support the campaign by sending messages of solidarity to contato@marxismo.org.br.

On Saturday 12 September, a hacker threatened Johannes Halter, the moderator of Esquerda Marxista’s Instagram page. The hacker threatened to release all of Johannes Halter’s personal and address details, as well as those of his family members, to a group that hired them to do so. At first he said he had been hired by “someone”, then said “the group of people who hired me,” followed by “we are going to do it.” Whether this individual is a criminal hacker involved in blackmail, a mercenary in the service of a far-right group or a member of an anti-communist group, this will not intimidate Esquerda Marxista and this person will answer for what he is doing. At the end of this article there is a link to the Instagram page that was threatened.

According to the hacker, they were hired to blackmail Johannes Halter in order to force him to deactivate the page. The hacker used the code name “Asag”, and called from a WhatsApp number of American origin +1(509)587-0987. Esquerda Marxista’s Instagram page remains active and continues to spread revolutionary ideas. This was yet another attack against Esquerda Marxista, which has already dealt with several attempts to hack into the website and to intimidate the organisation.

Esquerda Marxista and its leaders have already suffered several lawsuits, arrests, and attacks by police for the ideas and actions they defend and implement. They have also faced physical attacks by right-wing groups during demonstrations, threats to their members, and covert attacks on their activists and offices. Livraria Marxista, maintained by the group in São Paulo, has already been the target of several police raids, theft and acts of vandalism.

These are intimidating and coercive ways used by state agents, reactionaries, fascists and semi-fascists to try to make their programme and ideas prevail. The communist method of fighting, on the other hand, has always been based on putting our ideas out into the open, the influence of these ideas, and mass struggle. Therefore, we ask that all organisations that claim to represent workers, as well as intellectuals and activists who believe in democratic freedoms, and the right to freedom of expression and organisation, speak out and denounce this vile attempt made by this reactionary scum, who has no qualms threatening the parents of an activist.

It is not a coincidence that this act of blackmail against Esquerda Marxista and its journalist is happening at a moment when the federal deputy Eduardo Bolsonaro (PSL-SP) is proposing Bill 4425/2020. This proposal by the son of the president equates Nazi apologism with the defence of communism, and proposes equal criminalisation of both political sides.

This attack on Esquerda Marxista is a consequence of the reactionary policy of Jair Bolsonaro, the degenerate clique around him, and his followers. In the current climate there are constant incentives for violence against the press, individual journalists, and any political adversary or opposition party. Not by chance, even before he was elected, Jair Bolsonaro pointed out communism as his main enemy.

We reiterate the call to join the campaign to denounce this attack on freedom of expression and organisation. Denounce the attack and make the maximum possible impact on websites, social networks and discussion forums!

Check out the audio and messages from the criminal mercenary: