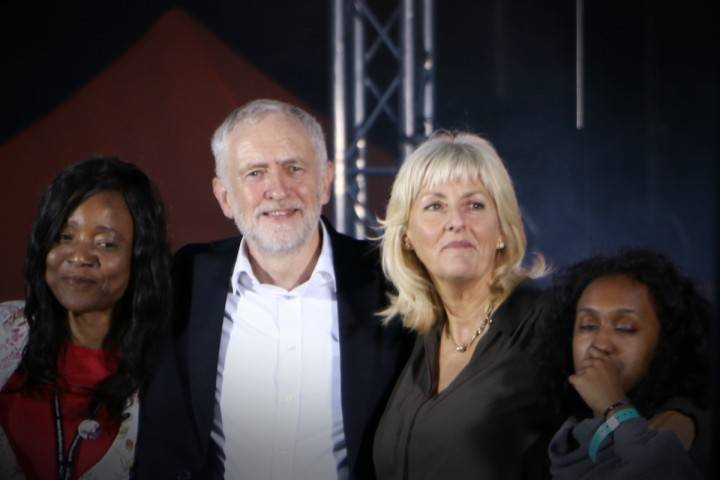 “Labour was on the brink of civil war last night as Brexit and anti-Semitism threatened to split the party,” bellowed the Tory Daily Mail last week. “Jeremy Corbyn has been rocked by fierce and high-level infighting on both issues ahead of a nightmare week.”

Such hysteria has been widespread across the Tory media. It is echoed constantly by Labour’s right wing. It constitutes a deliberate campaign to ramp up a ‘coup’ against Jeremy Corbyn.

What is driving this hysteria? They are alarmed that if Boris becomes Tory leader, Corbyn could win a general election. Everything is therefore being done by the capitalist establishment – including their stooges in the Parliamentary Labour Party (PLP) – to discredit Corbyn.

The filth they pump out is endless. It is a foretaste of what is to come – especially come a general election and if Corbyn becomes prime minister.

Amongst the most recent smears include lies being spread by top civil servants that Corbyn is not medically fit to be prime minister. But this of course comes on top of years of lies about Jeremy Corbyn being a ‘Kremlin stooge’, ‘Czech spy’, and ‘terrorist sympathiser’.

#PanoramaHatchetJob 10th July 2019 :
BBC finally abandons all pretence at balance to help stop a Labour Government.
How ?
Primarily (amongst other tricks) by totally ignoring all those Jewish Labour members who support Corbyn.
Jewish Voice for Labour for a start !

Now the ‘impartial’ BBC (in reality an establishment front) has produced a Panorama‘exposé’ about an anti-Semitic ‘cover-up’ in the Labour Party. The programme – entitled ‘is Labour anti-Semitic?’ – aired on 10 July, obviously with the intention of adding yet further fuel to the fire.

This slanderous documentary has resulted in an hysterical furore, with Blairites lining up to attack Jeremy Corbyn and those closest to him within the party for ‘interfering’ with disciplinary procedures involving those accused of anti-Semitism.

Unsurprisingly, it has been self-appointed Witchfinder General Tom Watson who has once again led the charge. This wannabe Machiavelli pounced immediately in the wake of the Panorama programme being televised, in what was clearly an orchestrated move by Labour right-wingers.

In particular, the Labour deputy leader pointed the finger at key Corbyn allies such as communications director Seamus Milne and party general secretary Jennie Formby. Both are alleged in the programme to have personally intervened to ‘protect’ alleged anti-Semites.

But the whole documentary was a farce from beginning to end, coming across like a cheap pastiche of a Cold War era, McCarthyite, ‘reds under the bed’ scare story. The trending hashtag on Twitter summed it up: #PanoramaHatchetJob.

With the exception of a couple of quick screenshots and a few out-of-context pulled quotes, there was nothing of any actual substance to back up the most outrageous and one-sided claims. And to top it all off, every voiceover was accompanied by short, grainy video clips, filtered and edited to make them look as ominous as possible. In truth, it was all quite surreal.

Every allegation and accusation was based solely upon the testimony of a handful of disgruntled former employees and ex-members. Simply put, a few personal anecdotes and experiences were extrapolated to paint a picture of rampant racism inside Labour. Such ‘evidence’ would be laughed out of any serious court.

On the other side, where was the voice given to the victims of this right-wing witch-hunt? Where was the mention of how left-wing activists and MPs – such as Jackie Walker and Chris Williamson – have been hounded out of the party simply for standing up against the Blairites and their smear campaign? 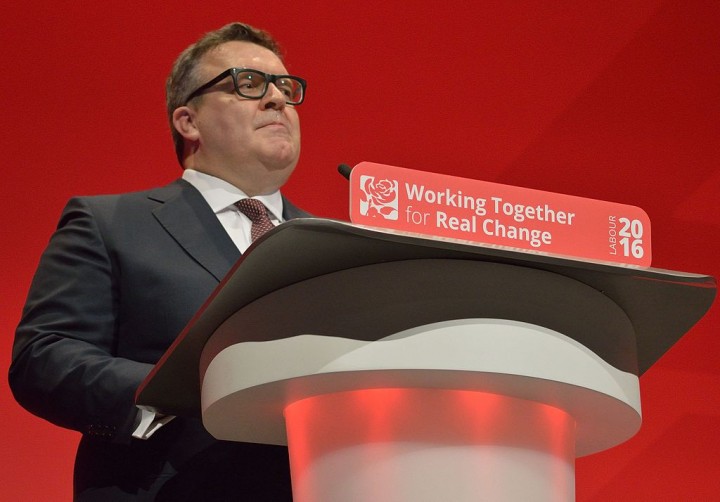 The Panorama documentary did not mention that most of its interviewees were disgruntled ex-staffers from the pre-Corbyn era, who are all firmly opposed to the left of the party / Image: Flickr, Labour Party

What was obviously not mentioned is that all the former officials who spoke in this Panorama programme came from the pre-Corbyn era. They are clearly careerists who detest the shift to the left inside the Labour Party.

When Labour tried to prevent these ex-officials disclosing confidential information, this produced a howl of protest from the party’s right wing, starting with Tom Watson, who has been at the centre of the anti-Corbyn faction.

The Blairite weasel Wes Streeting MP warned that he would use parliamentary privilege to defeat any ‘gagging’ orders. He was followed by Mike Katz, chairman of the Jewish Labour Movement, another right-wing outfit, who talked about “shining a light on institutional anti-Jewish racism”.

Gordon Brown also jumped on the bandwagon, calling on Corbyn to eliminate anti-Semitism in the party and make an unqualified apology to the Jewish community. This is rich coming from a man who, along with Blair, was responsible for the devastating war in Iraq.

The Panorama programme was clearly not intended to be a piece of serious, impartial journalism. Its commissioned director, John Ware, is a former Sun journalist, who has a long record of producing material that is supportive of the Israeli government and its actions, that is anti-Islamic, and that is – of course – anti-Corbyn.

Ware has produced a whole series of Panorama programmes with an anti-Muslim slant. This includes one in 2005 that the Muslim Council of Britain (MCB) called “deeply unfair” and described as a “witch-hunt”.

After a 2006 programme by Ware was aired, the MCB felt moved to call the documentary maker an “agenda-driven, pro-Israeli polemicist”. The documentary itself was the subject of a successful libel case that cost the BBC a sizeable payout. But this did not stop Ware, who went on to attack Muslim schools in a 2010 report – again for the BBC.

And then in 2015, Ware varied his theme and produced a hostile report for Panorama attacking Corbyn, which was later called “a complete hatchet job”.

Just how (un)balanced the film was can be seen from the strongly-worded response from Labour. In an official statement released after last night’s airing, the party accused the programme of being:

"No proper and serious attempt was made to understand our current procedures for dealing with anti-Semitism, which is clearly essential to reach a fair and balanced judgement.”

This response is in addition to a letter of complaint written by the Labour Party to the BBC ahead of the programme being televised, where the party outlines in detail all the errors, inaccuracies, and biases involved with the documentary.

As Labour correctly asserts, it is a scandal that this programme ever made it onto TV at all. Yet – given the BBC’s history – we should not be surprised. Time after time the BBC has acted as a mouthpiece for the establishment, spewing out lies about Corbyn, Labour, and the trade unions as if they were facts. Last night’s rubbish is only the latest example.

Just some of the Labour MPs who've endorsed the #PanoramaHatchetJob. Deselect them now! pic.twitter.com/V6Crwl1mba

Clear out the careerists!

The question of anti-Semitism is clearly being blown out of all proportion to discredit Corbyn. Blairite crony Baron Triesman gave the game away in his resignation letter when he complained about anti-Semites being “shielded”, whereas "serious party members are thrown out unceremoniously" – by which he means Tory-backing right-wingers. Triesman then went on to attack the “hard left”, the real target of his venom.

As usual, the BBC and the rest loyally report all these baseless smears as if they are facts, without ever bothering to challenge them.

The Blairites’ endless campaign to undermine Corbyn is also aimed at discrediting the Labour Party. They hate Corbyn so much that they would prefer a Tory government. There is no other explanation. Every time Labour advances in the opinion polls, they start screaming about anti-Semitism. They want to demoralise the party membership and confuse Labour supporters.

No wonder the ranks of the Labour Party are increasingly angry. They are eager for right-wing Labour MPs to face reselection. This should be a basic democratic right. But the Blairites are opposed to democracy.

“If you start deselecting people on a widespread scale it will lead to the Labour Party turning in on itself,” warned John Cryer, chair of the PLP. “They ought to be very careful what they wish for, because you’ve got to deal with the aftermath for a very long time.”

This is a serious threat. These right-wingers are prepared to foment chaos and disruption to save their careers and their bloated salaries. Above all, they want to retain the PLP in the grip of the right wing, as a safe pair of hands for the capitalists. In this aim, they are prepared to sabotage the prospects of a Corbyn Labour government.

We say: don’t give in to this blackmail! Defeat the witch-hunt against Corbyn and the left! Clear out the careerists! Allow Labour members to decide on their representatives!

Above all, link this to the fight for socialist policies and the commitment to end capitalism once and for all.