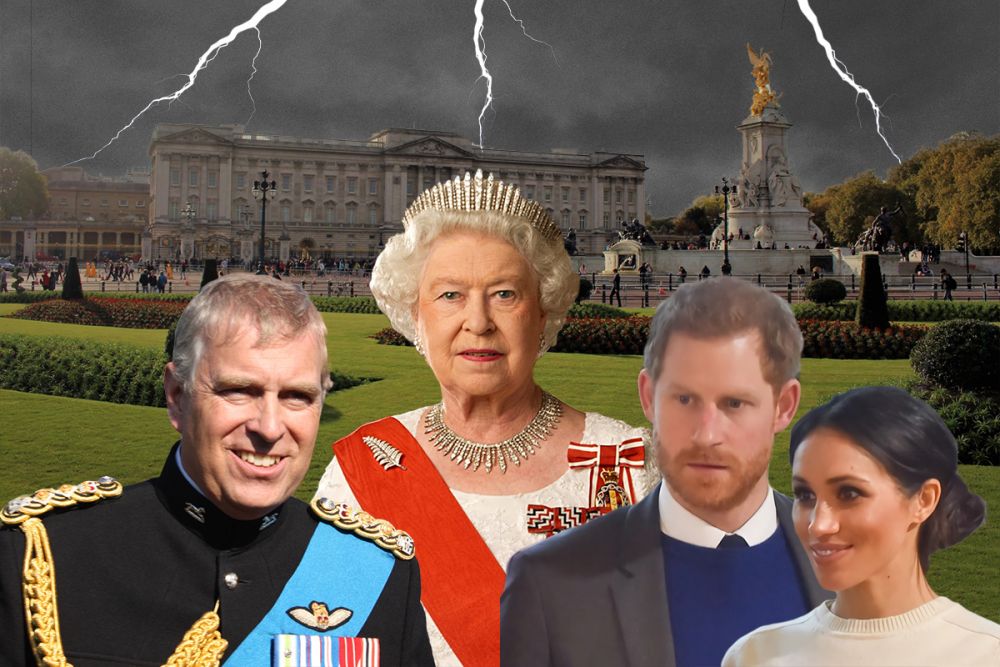 In recent months the monarchy has been thrown into crisis, a symptom of the crisis of capitalism. First we had the proroguing of parliament, then Prince Andrew's train crash interview and now the crisis of "Megxit." Overthrow this feudal relic!

The year 2019 was certainly one to forget for the royal family. It started off with a “bump” when 97-year-old Phillip crashed into another car, with a mother and her 9-month-old baby inside. Fortunately, it transpired that the laws of the road don’t apply to him.

In autumn, Boris went one further. By proroguing parliament he taught us that literally none of the laws apply to Her Royal Highness! The law courts had to wriggle and squirm to overturn Boris’ prorogation without accidentally ruling that the Queen had broken the law. The latter, you see, is quite impossible.

Her Majesty was most displeased at Boris actions, which revealed the unlimited powers that she formally enjoys under the British constitution. But the cherry on the cake of this royal annus horribilis was undoubtedly Prince Andrew’s act of PR genius in November, which put his innocence beyond doubt in the matter of Jeffrey Epstein’s international sexual exploitation ring.

One can only imagine the atmosphere at the royal dinner table this Boxing Day. As Their Royal Highnesses sat down to cold turkey sandwiches and games of “Secret Hitler”, were they praying that 2020 might be the year the Royal Household’s stock would rise? If so, how sadly disappointed they must be. Despite the Queen’s Christmas speech about reconciliation and healing of old wounds, the year has kicked off with discord and division. Forget Brexit, it’s “Megxit” we need to worry about. 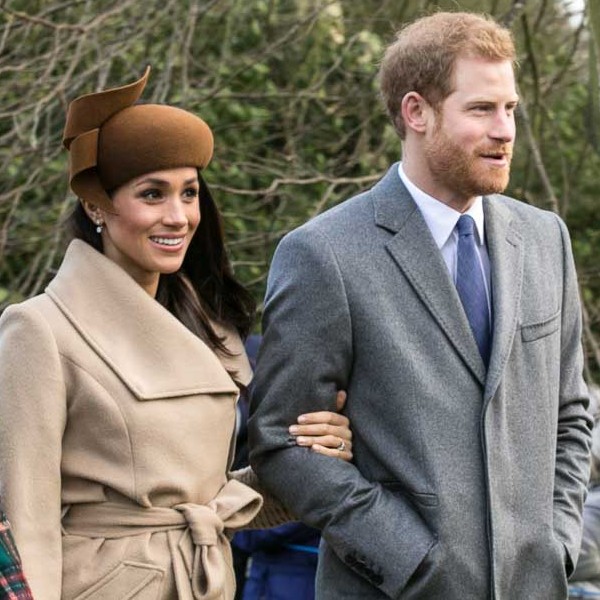 All the signs were there. First Harry and Meghan moved out of the family home into their own pad, renovated with £2.4 million of taxpayer money. Then the royal couple unilaterally declared independence on instagram. So it surely came as no surprise to Socialist Appeal’s eagle-eyed Royal-watchers when the two finally announced that they were stepping back as senior royals and making a break for “financial independence”.

The young couple have our deepest sympathy in this venture. January is a difficult time for most. Once the rent, council tax and bills come out, there’s generally not a lot, if anything at all, left over for most parents. Despite having a wife and a young child, Harry was until recently, at the age of 35, having to live with his dad [Note: his “official dad”]. Meanwhile, he has no independent source of income and is forced to rely on handouts from Charles’ £1 billion estate, the Duchy of Cornwall, and even his grandmother’s meager earnings.

So what will “financial independence” look like? Will it mean demeaning Universal Credit appointments? Will Meghan be forced to prove she’s looking for more acting work to get handouts? Hardly. “Financial independence” in this case means giving up 5% of their income which comes from the Sovereign Grant. The 95% which comes from Prince Charles’ estate will keep on flowing. And in renouncing this 5% they will be stepping back from such vital stately duties as ribbon cutting.

This news came like a hail of nuclear bombshells to the editors of the tabloids. The morning after, the Daily Mail gave us 17 pages of “analysis” to chew over. Meanwhile the Daily Star declared, “NAFF ORF HARRY”. Last year it was all “Markle sparkle” when the Duchess spent £64,000 on a dress, now the tabloids are suddenly outraged at the pair’s profligacy, with the Daily Star demanding they give us back the £2.4 million spent on their home!

As Harry and Meghan set off on their journey to monetise the royal brand, what does their future hold? “Royal Sussex” lunch boxes perhaps? Instagram posts advertising shampoos or sunglasses? According to InfluencerMarketingHub they could earn $34,000 for a single sponsored post. Some are estimating that their brand could bring in as much as £500 million in the first year.

Pillar of the establishment 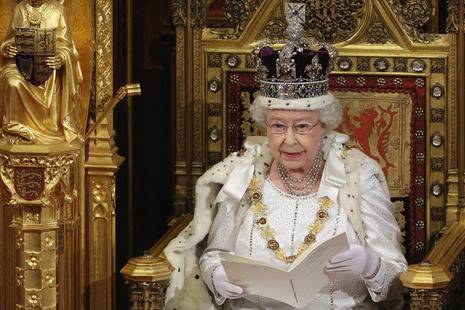 So a wealthy parasite wants to break family ties to get even wealthier. What is all the hoo-ha about? For the ruling class this is no storm in a teacup. It is about more than the future earning potential of a couple of rich brats turned instagram influencers. It brings into question the very essence of a key prop of their own rule. The Economist, a journal which is less known for rapturously welcoming royal babies and more about giving sound advice to Britain’s millionaires, cautioned that the Sussexes’ money grab could spell disaster for what it recognises as a bastion of British capitalism. In an article entitled Harry, Meghan and Marx they explained:

“Marx predicted that capitalism would destroy every remnant of feudalism. It would tear asunder “the motley feudal ties that bound man to his ‘natural superiors’”, in the words of “The Communist Manifesto”. It would drown ecstasies of religious fervour and chivalric enthusiasm in the “icy water of egotistical calculation”.”

But the article went on, it is not for nothing that the ruling class had preserved and strengthened this one particular “remnant of feudalism”:

“In “The English Constitution”, Walter Bagehot [explained]: far from undermining capitalism, the monarchy, in its British form, reinforced it, acting as glue in a society divided into antagonistic classes and distracting the masses from the real sources of power. It injected pageantry, romance, mystery and drama into the lives of British people, mitigating the dreary business of being a cog in the wheels of capitalism.”

These words express a high degree of class consciousness on the part of the representatives of capital. The British monarchy has always acted as window dressing for the rule of the bosses. The pomp and ceremony of the institution, its pageantry and solemnity are supposed to inspire awe and reverence. The real functions of the state, as the repressive tool of class rule, are given some kind of “dignity”. We are meant to believe that this is all an ancient part of our national heritage. It is, of course, all nonsense, and the bosses know it. The “ancient” pageantry almost all dates to Victoria’s reign, the beginning of which coincided with the rise of the Chartists and the close of which coincided with the dawning of the era of monopoly capitalism.

The secrecy and seclusion of the royal family is a key ingredient in the whole show. By remaining aloof, the institution is supposed to retain some air of mystery. As Walter Bagehot said in 1867, “Its mystery is its life. We must not let in daylight upon magic.” And here is the problem of the Sussex’s move. It has brought and will continue to bring a great deal of daylight to this murkiest of institutions.

We have been told until now that while, yes, the royal family enjoys tremendous wealth, with privilege comes duty and service to the nation. With Harry’s latest turn it turns out you can just take the money and run. The “service and duty” are just a lot of bunkum you can do without. And nothing has less “mystery” than the mundane pursuit of money.

To what lengths will the Sussexes go to rake it in? A book deal perhaps? Would they be willing to spill the dirt on their nearest and dearest for the right price? What would we find out about this revered institution? One thing is for sure: it would lose its capacity to inspire anything other than apathy and scorn. This is causing some strategists of the ruling class to lose sleep. In the words of the Economist:

“[The] Duke and Duchess of Sussex may be about to prove Marx right. They represent the most profound danger to the monarchy’s settlement with modernity since Bagehot wielded his pen [...] The daylight that Walter Bagehot said should not be let in upon the magic of monarchy is as nothing to the glare of 21st-century capitalism.”

Crisis of the monarchy

The crisis of the royal family is really remarkable. It has managed to survive all the crises of the last three centuries and yet just now it is sinking into the deepest crisis it has experienced since the 17th Century. A question mark is growing over their rule. And this just at a time when they are most needed by the ruling class. This is no accident. The crisis of capitalism has led to unprecedented tumult and will lead to increasingly bitter class battles. Revolutionary events will be on the order of the day in Britain. It is at this time that the monarchy would emerge from the shadows and its powers would be shown for what they are: an insurance policy for the ruling class.

Even if the monarchy could avoid crises of its own making - an impossible task for this crop of utterly detached parasites - it would still have very tricky terrain to traverse. Whilst the continued existence of Prince Phillip suggests that modern medicine has no end of miracles up its sleeve, sadly that is not the case. The Queen isn’t exactly getting any younger. And once science runs out of the means of prolonging her reign, the delicate question of transitioning to a new monarch is posed. As a permanent fixture for most of our lives, she’s been more or less accepted as “part of the furniture”. King Charles is another question entirely. King Charles should have been Britain’s last monarch 400 years ago. Let’s make our New Year’s Resolution ensuring that King Charles is the last British monarch full stop, and that this decade will mark the dawning of a Socialist Republic in Britain.