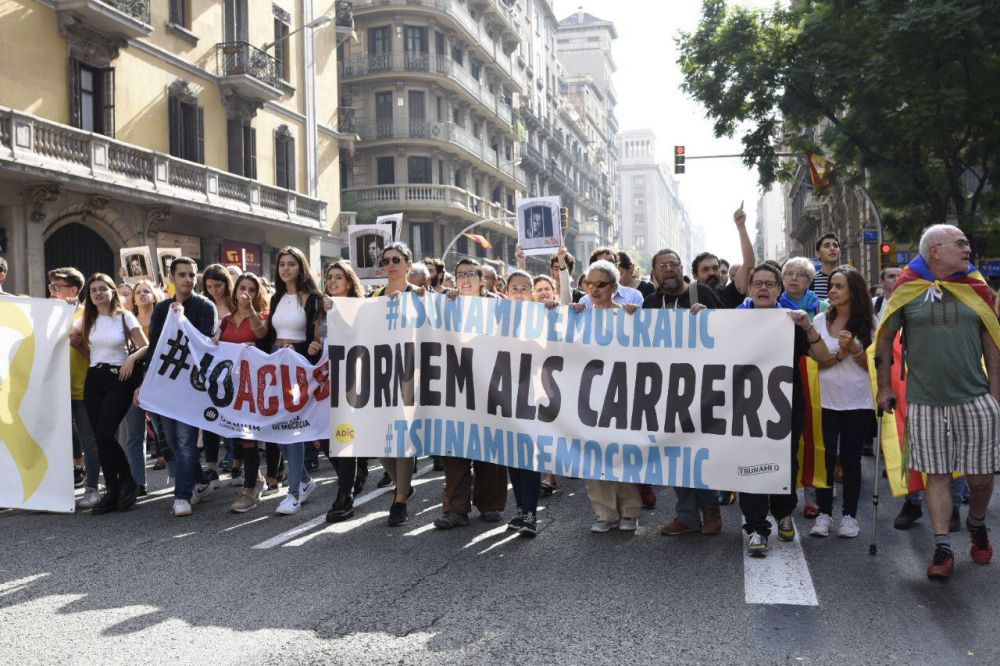 The following is a statement by L'Octubre, Catalan website of the International Marxist Tendency, on the heavy sentencing of Catalan political prisoners by the Supreme Court of the Spanish state.

The sentences declared today against the Catalan political prisoners show once again the authoritarian character of the regime of ‘78. This has been a farcical trial, where the state has even twisted its own legality to ensure hard sentences. The prisoners have been sentenced to between 9 to 13 years in prison for sedition, a crime that implies a tumultuous uprising. These leaders did not act in a "tumultuous" way, and were peaceful at all times. But it is not these politicians who have really been tried, but the referendum on the 1 October and the rising of a whole people for their freedom. The state needs to reaffirm its authority through exemplary punishment. 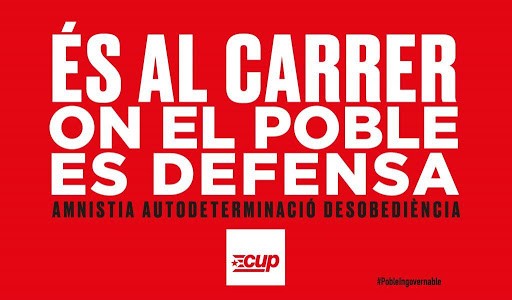 The Spanish state can’t afford any questioning of its supremacy, and, even less, a questioning of its unity. And that is because national unity is one of the pillars of the regime of ‘78 and of Spanish capitalism. Historically, the weak and parasitic Spanish ruling class has only been able to impose itself and assure the unity of its state through coercion and violence against oppressed nationalities, just as it has only been able to defend its property and privileges against the exploited with the whip of repression. The Spanish ruling class can only respond to the demands of the right to self-determination with an iron fist.

The Spanish state will never allow the Catalan people to freely decide their destiny. A crucial conclusion follows from this: in Spain, winning the right to self-determination is a revolutionary task, which implies a confrontation with a powerful imperialist state and the capitalist system that sustains it. Only methods of mass struggle, combined with the right to self-determination and a radical and internationalist class position, can enthuse and mobilise the bulk of the working class (including sectors with a Spanish national identity). And only on this basis can you win allies in the rest of the world, and defeat such a formidable enemy. Clearly, cowardly and reformist petty-bourgeois parties such as ERC and PDECAT can’t carry out this task. They employ demagoguery while in practice going back to autonomy, and continuing with a policy of cuts at the service of the employers.

Today, the republican movement is at a crossroads. The arrest of nine activists of the Committees for the Defence of the Republic (CDRs) prepares the ground for new repressive waves that seek the total domestication of the leaders of ERC and PDECAT. This tendency can only be reversed by fighting against the sentences with revolutionary and mass struggle that overwhelms the state. That is why a revolutionary leadership is needed for the republican movement. The leaders of ERC and PDECAT will demand "unity" – that is, unity behind their defeatist line. Our reply must be that unity of action is totally compatible with political criticism. 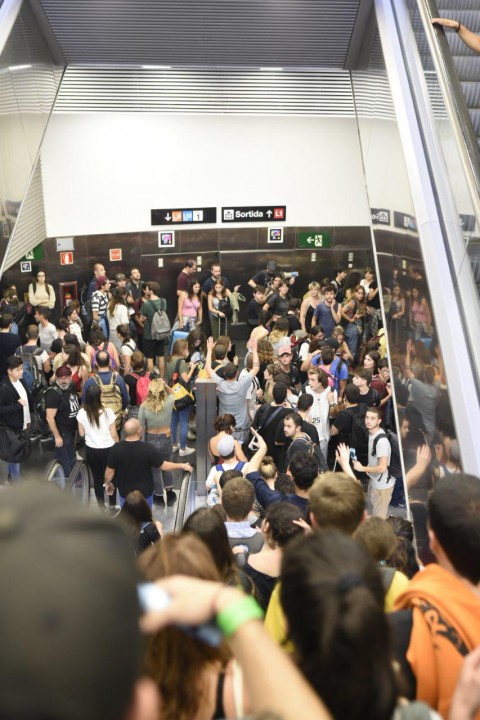 In this sense, the CUP, the only consistent republican party, has an important role to play, offering a new way of breaking with the state. While the leaders of ERC and PDECAT will call for calm, and raise protests that will only help to release tension, the CUP must call for sustained mobilisations, with the aim of widening the movement to the entire working class, which must utilise its economic power through strikes, and linking the struggle for the amnesty of political prisoners to the struggle for social transformation.

The only reliable ally on whom we can count this struggle is not the European Union nor the "international community", it is the working class and the youth of the rest of the state, since the same parasites exploit and oppress us under the same yolk. Therefore, we must actively appeal for their solidarity. The actions and provocations of small groups must be avoided. We must base ourselves on mass action, like the yellow vests in France and now the Ecuadorian masses. These tasks must be promoted through massive assemblies in each neighbourhood, town, workplace and place of study. These must unify the CDRs, the pro-amnesty movement, the unions, the student movement, etc with democratic structures, to coordinate their operations with delegates chosen by the rank and file and revocable at all times. These assemblies, correctly centralised and equipped with a programme for social transformation, must be turned into the revolutionary stronghold the republican movement needs to succeed.