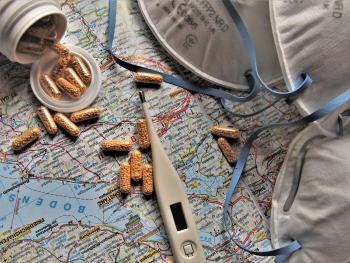 The COVID-19 coronavirus pandemic has plunged the capitalist system into a deep crisis. The stock markets are plummeting, a recession seems inevitable, and the ineptitude of the ruling class’ political leaders is being ruthlessly exposed everywhere.

Rather than a concerted, global response to the outbreak, protectionist tendencies in the world market have been accelerated, as governments rush to throw up borders to horde medical supplies and scramble for exclusive rights to vaccines.

The bosses and bourgeois governments have attempted to force the working class to shoulder the burden of this emergency, banning mass gatherings at the same time as sending people to work without adequate safety measures. This has been met with a backlash, with a wave of strikes in badly affected countries like Italy forcing the bosses to backtrack. This is despite the woeful response of the leaders of the workers’ mass organisations, who have mostly fallen in line with their governments rather than fight back.

While this pandemic was the catalyst, it was not the cause of the current social, political and economic crisis. This was already prepared in the last period of capitalist crisis and austerity, which savagely cut health services, brought increasingly degenerate leadership to the fore, and caused huge resentment to accumulate in the fabric of society. COVID-19 was accidental, but the calamity it has provoked was inevitable.

This virus marks the beginning of a new, tumultuous period in world history, one in which the consciousness of the masses will rapidly advance as the totally rotten state of the capitalist system and its leaders are laid bare.