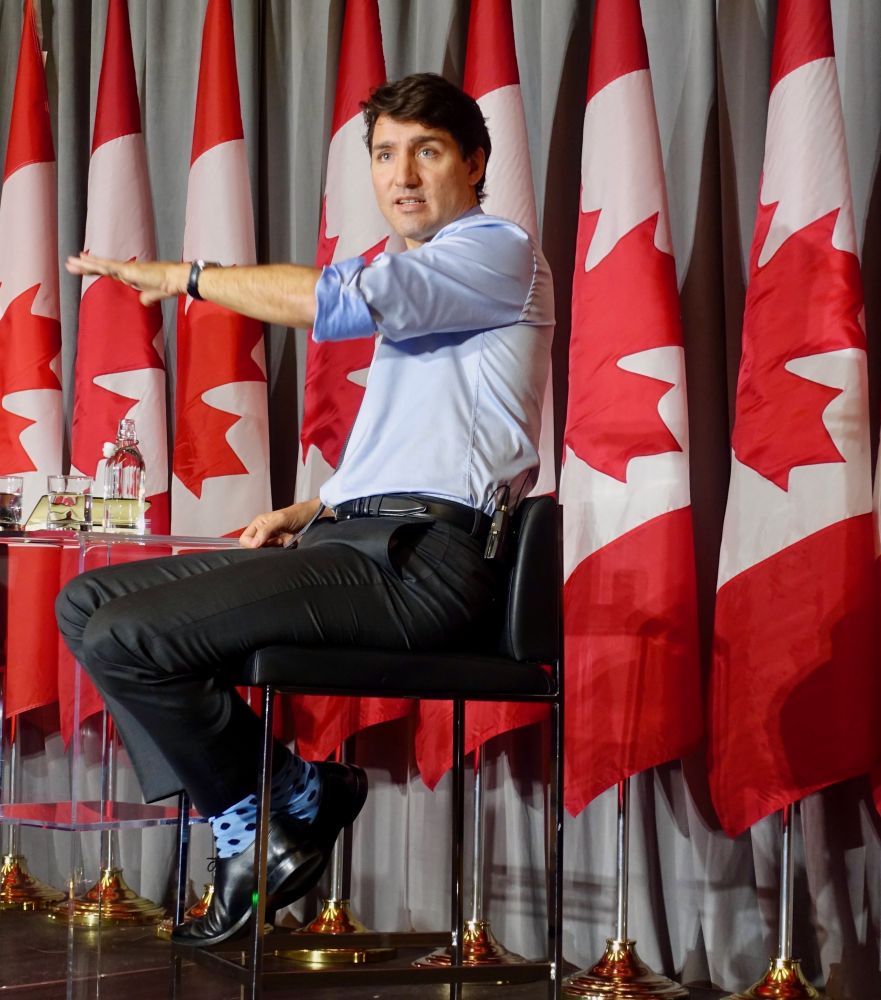 After a miserable Canadian election campaign, everyone can be seen as losers. The Liberals now have a tarnished image and hold the record of forming a minority government with the weakest mandate ever. Despite Liberal weakness, Conservative austerity policies were unpopular and did not allow them to make the gains they expected. The New Democratic Party lost almost half its seats and the Greens failed to make a breakthrough. The only party that can be happy is the nationalist Bloc Quebecois. But above all it is the working class that has lost in this election. There is no enthusiasm for any of the political options currently facing Canadians.

Liberal leader Justin Trudeau came to power in 2015 with the mantra of “sunny ways”. Now these sunny ways are covered in the mud of October showers as people were disenchanted by the failure and hypocrisy of the party in government. Trudeau promised a new relationship with Indigenous people. But in government, he did nothing to end the third-world conditions and polluted water crisis on reserves. Instead, he bought a $4.6 billion oil pipeline that endangers the environment and violates Indigenous sovereignty. He promised democratic accountability, but instead made back-room deals to protect corporations, which came to light with the SNC Lavalin scandal. He said that 2015 would be the last election held under “first-past-the-post”, but he broke that promise. And to top it all off, pictures of Trudeau in multiple instances of blackface became emblematic of his tarnished image.

With 33 percent support, Trudeau did not even win the popular vote. This weak minority will try to approximate a mandate in the coming weeks, but it is unclear in what direction they will turn. 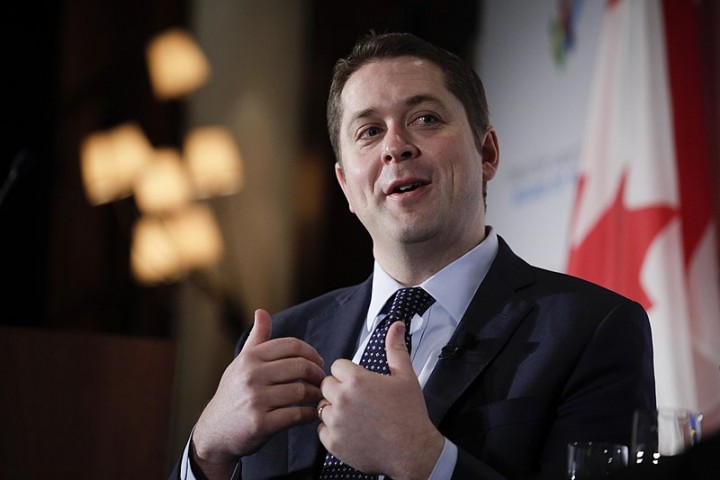 Conservative Andrew Scheer, credit: Andre ForgetThe Conservatives are also deeply disappointed. If there was a time for them to capitalize on Liberal weakness, it was this election. Now there are deep grumblings about the leadership of Andrew Scheer. He ran a campaign based on a platform of boutique tax cuts copied out of the playbook of former Conservative Prime Minister Stephen Harper. These were combined with $58 billion in proposed budget cuts, which included $18 billion saved by delaying infrastructure investment. Unsurprisingly, Canadians were not enthusiastic about crumbling bridges and delayed transit projects, and did not give the party a mandate to govern. 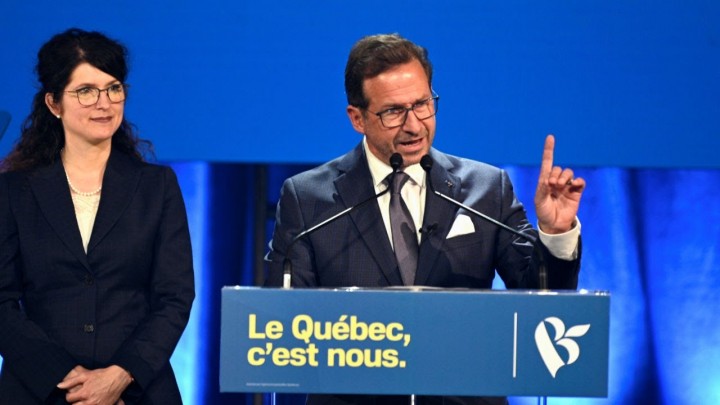 Yves François BlanchetCutting across the plans of all the parties was the resurgent Bloc Quebecois. After nearly a decade of existential crisis, the BQ is yet again a major force in federal politics. But does this vote means that the people of Quebec have turned back towards independence? It is not that simple. The nationalist movement in Quebec has suffered a series of splits and setbacks in the recent period, and support for independence among the general population hasn’t been this low for generations. Reflecting this, Yves-Francois Blanchet downplayed this question during the entire campaign, and a day before the vote said that independence is, "not the mandate that many Quebecois give to us". Instead, Blanchet made himself the spokesperson of the provincial CAQ government, riding the wave of support for the party in Quebec. The Bloc used the same identity-based nationalism which brought the CAQ to power. Only a bold class-based approach could have cut across this nationalist wave. Unfortunately, this was lacking from the NDP.

The social democratic New Democratic Party entered the election in the doldrums, with about 10 percent support. Some were even discussing the possibility that it would be surpassed by the Greens and enter a sustained decline. After the breakthrough “orange wave” election in 2011, the party disastrously turned to the right. In 2013, it removed references to socialism and social ownership from the party constitution and campaigned to the right of the Liberals in 2015. The resultant decline in enthusiasm was exacerbated after provincial NDP governments, most notably Rachel Notley’s in Alberta, capitulated to the oil bosses and other corporate interests.

New party leader Jagmeet Singh campaigned on a platform that was further left than 2015 but, while that probably saved the party from being totally wiped out, it was too little, too late. There were also important disappointments in the run-up to the election, as Singh could not clearly say he was opposed to the LNG pipeline in British Columbia because it was being promoted by the provincial NDP government. The party bureaucracy also moved to block a series of left-wing candidates from running for nominations, most notably former trade union leader Sid Ryan. This sapped the enthusiasm of the base to pull out the vote and was likely a contributing factor to the failure of the NDP to win any seats in Toronto.

For a moment, there appeared to be a post-debate “Singh-surge” in the last few weeks of the campaign. The NDP platform included important reforms like a national pharmacare program, significant social housing investment, ending boil water advisories on reserve, and a one percent wealth tax on those owning more than $20 million. Singh combined this with a simple message of standing up for people instead of the rich and powerful. During the English election debate he had the best line of the night when he attacked the environmental record of the Liberals and Conservatives, saying that voters do not have to choose between “Mr. Delay and Mr. Deny”. This likely helped Singh save the furniture, and some polls even placed the NDP as high as 20 percent, but the party was not able to win that number of votes on election day.

Either the NDP polls were wrong, or young people were not enthused enough to get out and vote, or the Liberal mantra of strategic voting yet again served to suppress NDP support in the final days. 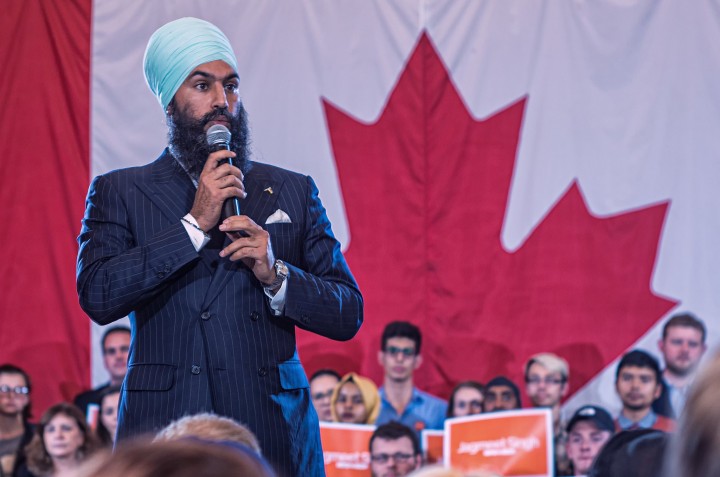 So-called “strategic voting” is the bane of the NDP, encouraging people to support the Liberals to defeat the Conservatives, creating a cycle that merely serves to strengthen the right. Singh’s refusal to rule out a coalition with the Liberals also helped present the Liberals as a more palatable choice for those who would otherwise vote NDP. But the greatest betrayal was that of the leadership of Unifor and the Canadian Labour Congress, who supported strategic voting - which is a strategy for defeat. These bureaucrats paved the way for the victory of the Liberals, the same party that removed the right to strike from the Canadian Union of Postal Workers not even a year ago.

Strategic voting is a byproduct of the first-past-the-post electoral system (FPTP), and the fact that Trudeau broke his promise to end FPTP, and subsequently benefitted from the lie, is particularly galling. This has led some on the left to say that the NDP should demand the introduction of proportional representation as a condition for not bringing down the minority Liberals. However, this would be a significant mistake. It would be seen as self-serving if the party apparatus prioritized proportional representation over questions such as pharmacare, housing, or polluted water on reserves. Imagine telling Indigenous communities they have to wait for clean water because the politicians want a few more seats! The only way the NDP can build in preparation for the inevitable fall of the Liberals is by advancing clear, working-class demands that are understandable to the mass of the population. If the Liberals do not give in to these demands, they must be brought down.

If the NDP becomes the fifth wheel of a minority Liberal government, and props them up for nothing in return, or even worse, enters a coalition government as ministers held to cabinet solidarity, then the party will be destroyed when a new election comes in a year or two. Instead of tinkering around the edges with partial reforms, the NDP needs to enthuse workers and youth with a critique of the system as a whole. 58 percent of Canadians have said that they support socialism, and this number is even higher amongst the youth. But there was no talk from the NDP leadership of replacing capitalism with socialism. This failure fed into general disenchantment and reduced turnout. Only 66 percent voted in the 2019 election: a decline of three percent from 2015.

The world is on the precipice of a new recession and Canada enters this dangerous situation with weak fundamentals. Canada has one of the worst housing bubbles in the world, household debt is over 170 percent of income, Alberta cannot get its oil to market at a decent price, and manufacturing is in crisis, with more and more factories facing closure. When the slump hits, Canada will face it with a weak and discredited minority Liberal government that could fall at any moment. Only the working class can provide a way out of this crisis, but to do so it needs to renovate its leadership. That is the task before us.