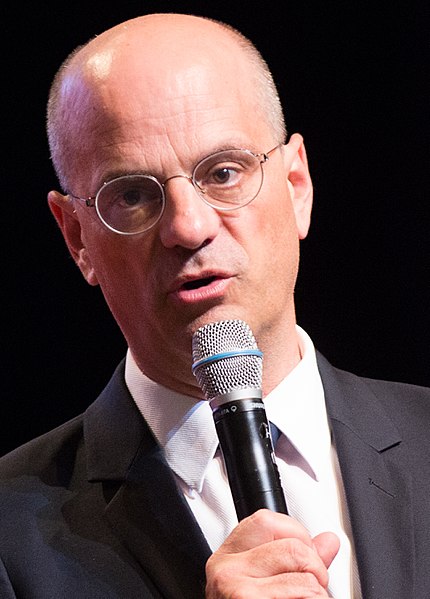 Since mid-March, the National Education system is supposed to ensure pedagogical continuity for nearly 12 million primary and secondary students. Far from the meticulous preparation praised by Minister Jean-Michel Blanquer, pedagogical continuity has been set up with a mixture of approximation and improvisation. This has plunged students and staff into great confusion, while, at the same time, reinforcing social discrimination.

Read the original in French here |

On Thursday 12 March, as the epidemic began to spread throughout the country, four departments (French counties) had already closed all school establishments. In the morning, Blanquer assured “France Info” (French Radio) that he was not “planning the total closure of all schools in France”. Unfortunately for him, Emmanuel Macron rebuked this in practise the same evening by announcing that primary and secondary schools, as well as universities, would be closed for at least 15 days. This governmental confusion gave an idea of what was to follow.

Reacting to the president's speech, Blanquer went on to assert that “France has the means for distance learning. Thanks to the CNED (The National Centre of Distance Learning), we are going to have a system called “My Class at Home” through videoconference courses and other teaching resources [...] Everything is ready to ensure pedagogical continuity”. Unfortunately, reality was far from this idyllic vision. By the weekend, the CNED site and its virtual classroom system were already under maintenance, overloaded by the large number of teachers trying to prepare their Monday classes. Macron's announcement gave teachers only three days to prepare, as Minister Blanquer had repeatedly discouraged them from preparing for this eventuality.

On Friday, the schools’ principals organised emergency meetings for the following Monday to clarify what needed to be done with all their teams. That choice seemed logical, considering that the nation-wide lockdown had not yet been announced. In fact, the government was encouraging the French to turn out in droves to vote in the municipal elections. Unfortunately, as soon as the polling stations closed, the government's instructions changed. National education personnel were now asked to avoid holding face-to-face meetings. For lack of any better options, some principals still asked teachers to come and attend these meetings, while others simply cancelled them, waiting for the situation to become clearer.

Technical problems quickly piled up. Although school librarians were struggling to provide the students with different means to ensure distance learning, the available tools had not been designed to be used to the extent of maintaining “pedagogical continuity", wherefore they were riddled with bugs. The digital workspaces and the Pronote application (an online interface between teachers, staff and students) regularly crashed during the first week of distance learning.

How to go about distance-learning?

In addition to the technical problems, there were also contradictory instructions. These originated from Jean-Michel Blanquer's office, and sowed confusion at all levels of the national education system as they were passed down. For example, all teachers were first encouraged to prioritise the use of Pronote-related applications, including messaging and video lesson systems. A few days later, a new instruction was issued asking teachers not to “overload” Pronote – especially its messaging system – to avoid further system crashes.

In the absence of coherent instructions at the national level, differences emerged between different institutions, and even between schools in the same city! In some, teachers were asked to log in at specific time slots according to the level of study of the students, while in others, login slots were determined by the local county.

Contradictions also appeared in the content being taught. Initially, the general idea was to continue the normal programme – as implied by the very words “pedagogical continuity” – but teachers were later asked to limit themselves to revision. In some institutions, this lasted only a short period of time until the instruction was given to return to the regular programme and assess the students' work in a “normal” way. Indeed, to fill in the school report cards, which the Ministry was intending to use for students’ continuous assessment, they needed more marks. Only a few days later, once again, new instructions were issued instructing teachers not to take into account marks achieved while social distancing measures are in place.

Faced with these repeated changes, students and their families are becoming overburdened. Teachers were initially encouraged to maintain a “normal” workload before being asked to reduce the pace. In short, far from having free time to “go and pick strawberries” as Sibeth Ndiaye, the government’s spokesperson, claimed, the teachers had to constantly adapt to the changing instructions.

“No pupil will be left out” – Jean-Michel Blanquer

The Ministry’s utopia of guaranteeing student equality in maintaining pedagogical continuity or building a framework for “connected” teaching has clearly failed. Even simple tasks such as getting in contact with pupils have caused great difficulties for some teachers. Many students were unable to connect to digital platforms because of the frequent blackouts. Additionally, computer equipment is often lacking or insufficient: families often have only one computer for several children and limited connection time. Not to mention the fact that students often have to share the computer with their parents, who are working from home. In some families, a computer is not even an option, and pupils rely on a tablet or a mobile phone, which is insufficient to follow an online course. Therefore, for many students, the very idea of a virtual classroom is a distant mirage... And even for families with the appropriate means, communication networks are often weakened or completely saturated.

Although connection problems persist, the situation has “stabilised” somewhat since the week of 23-27 March. However, this stability comes with great inequality. Some pupils still cannot be reached and about 25 percent of pupils have yet to establish contact with the national education system. All these differences reveal the nation’s social inequalities. Pupils with a personal computer and whose parents have free time have a clear advantage compared to the children of poor employees who are forced to work from home or to continue going to work at Carrefour or PSA!

What are the prospects for the new school year?

Confusion was apparent over the period of “pedagogical continuity”. Since 12 March, Minister Blanquer's speeches in the press have been contradicting each other from one day to the next. During the first 15 days of confinement, he assured us that the exams would take place and that the lockdown would only last two weeks. On 30 March, he announced that the regular activity would resume on May 4. Finally, on Friday, 3 April, he declared that “all final year exams will be validated by continuous assessment", while stating that students would return to class in May “if the health situation allows it”. Such a prospect is highly unlikely. Because of the government's amateurism, the country is still short of masks and screening tests. Under these conditions, an end to social distance in May seems unlikely.

Instead of sowing impossible ideas to reassure parents and the CAC 40 (French stock index), the government should plan for classes to resume only in September. This would allow teachers to prepare adequately and adapt their teaching accordingly. This is the plan, for example, in Italy and Spain.

Far from having anticipated the development of the crisis, the minister has systematically lagged behind the situation, even behind other members of the government – as revealed on the day of Macron's speech. All the changes in Blanquer's policy were made when events left him with no other choice. By improvising a seemingly stable 'pedagogical continuity', Macron and his government have placed teachers and national education personnel in an impossible situation and left millions of poor students and their families on their own.