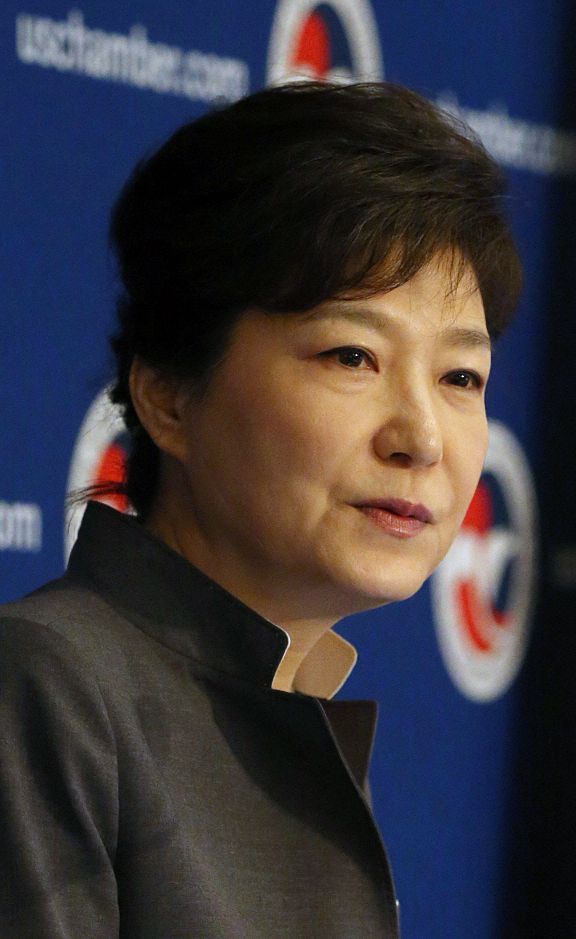 In the past month South Korea has been the scene of a bitter struggle between one of the main unions in the country, Korean Confederation of Trade Unions (KCTU), and the right-wing government led by president Park Geun-hye.

On 14 November, the KCTU called for strikes and demonstrations throughout South Korea after the Park government announced a wave of labour reforms to make the labour market more ”flexible”. This included making it easier for employers to lay off workers, introduce performance-based wages and other attacks on working conditions.

Already on 6 November, some 200 police officers attempted to raid a union which is involved in a current strike and is affiliated to the KCTU. This was clearly a move from the government’s side to try to suppress the 14 November demonstration before it took off.

The demonstration on 14 November was the biggest movement in South Korea for the past seven years. More than 130,000 people participated. It was not only the labour reforms that sparked anger but also President Park, who is the daughter of the former military dictator Park Chung-hee, and her decision to try to rewrite educational history books – a clear attempt to try to whitewash over her father’s dark past.

The police violently attacked the demonstration, arresting 51 and leaving around 100 protesters injured, including a 69-year old man in a critical state. They also attempted to arrest the President of KCTU, Han Sang-gyun (the police even announced that the officer who arrested him would get a promotion), but were stopped by union members. After Han organized protest rallies in April and May, there was a warrant put out for his arrest. This has meant that he has been forced to hide in the union buildings.

Since the latest protest, the government has used every dirty trick in the book to try to smash the movement. President Park even went as far as to compare the protesters to the Islamic State:

“Given that the extremists of the Islamic State (IS) group hide their faces, we should ban demonstrators from wearing masks in the future,” Park is reported to have told a Cabinet meeting.

Alluding to the recent terrorist attacks in Paris, Park warned of the risk of protests being infiltrated by “terrorist elements”, according to the AFP.

These steps have been a part of an increasing crackdown on the unions. On 21 November, the police raided the head offices of the KCTU and several affiliated unions offices, and some raids and arrests have followed against union activists and union headquarters. The police tried to ban a second rally on 5 December, but the ban was lifted by the courts and as 30,000 took to the streets to protest against the crackdown.

Then, yesterday, President Han of the KCTU, who was hiding in the Joggye Buddhist Temple, gave himself up to the police after days being besieged by more than 2000 police officers. The police had called off an operation to storm the temple after the intervention of the leadership of its monks.

However, this arrest is not the end of it. The leadership of the KCTU has called a general strike 16 December to continue the struggle against the government’s reforms. President Park is beginning to walk in her father’s footsteps with more repressive and authoritarian measures. This is preparing a period of intense class struggle.

This is a reflection of the crisis of South Korean capitalism. Until recently the South Korean economy was kept afloat by Chinese growth, but with the impending crisis in China, South Korea is being hit hard. In September it was announced that there had been a decline of 14.7 percent in exports from a year before. These are signs of the beginning of a crisis in which the South Korean ruling class will attempt to protect their profits by increasing the exploitation of the working class. Thus, it is clear that this will not be the last attack on the workers by this government, who will not shy away from using any method as it tries force austerity and cuts upon them.