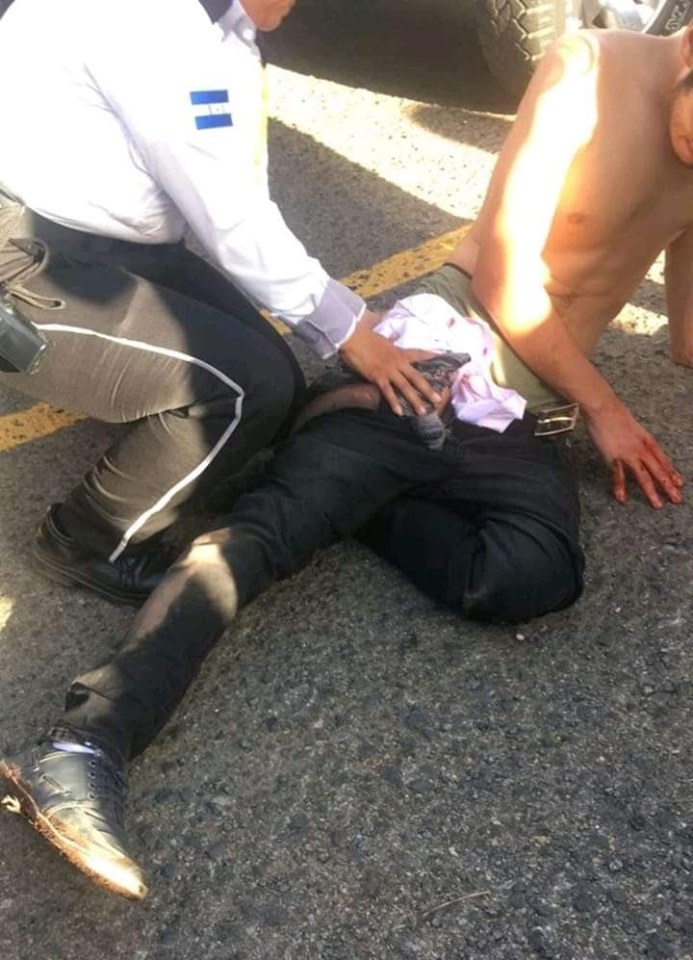 The military has entered the National Autonomous University of Honduras (UNAH) to brutally repress students who protested against the illegitimate government of Juan Orlando Hernández (JOH). At least eight students have been injured. This attack comes a few days after a group of US Marines entered the Central American country, evidencing the support of US imperialism for this coup government. The authorities of the university, similarly, have been accomplices of the coup government, but the repression has taken shape in such a brutal way that even the University Council has had to condemn it.

Honduras is governed by an illegitimate clique, unelected by the people. This group defends the interests of the oligarchs, and they are faithful dogs of the imperialists. The lack of support amongst the people for the oligarchic parties and their fierce opposition to democratic changes, led them to carry out a coup d'etat on the government of Mel Zelaya. The Mel administration held a referendum that consulted the people to see if they were in favour of having a constituent assembly. Since then, the elections have been a mockery, especially the 2017 election, where a disgraceful fraud was committed, which provoked a popular uprising that threatened the regime.

During these 10 years of coup governments, the people have constantly lived through violence and misery, and thousands have been forced to emigrate in difficult conditions. This is the fundamental cause of migrant caravans. The attacks against working people have not stopped, the latest example being the recent reforms to privatise health and education.

The people of Honduras are exhausted from living life this way, in addition to the repression they face when they protest. The murders committed by the JOH government against the protesting population continue to go on. The people do not want any more deaths, any more beatings, any more shootings, nor to continue confronting pepper and tear gas. The attack on university students on 24 June is a reflection of the government's lack of support, the only way it has left to sustain itself is by force.

The university itself is a clear example of the mood in society. There is no week in which classes go ahead as scheduled, because, as they combat the regime, the university students leave again and again to join the struggle. The Libre party leadership and Mel Zelaya himself have correctly called for protest, although their calls lag behind those of the people, who always push them forward with their struggle. It is not enough to just protest. The people of Honduras have already taken to the streets many times, but a clear revolutionary strategy and tactics are needed, which is something that neither the Libre party nor Mel Zelaya have offered.

Going out to protest in isolation will only facilitate the repression of the regime. It is not enough to block roads, production as a whole must be shut down. If the people of Honduras can carry out a general strike, they could suffocate this coup regime, divide its repressive forces, and give it the final push that would precipitate its fall.

We think that in every workplace, in every university, in every working-class neighbourhood, and in every town, assemblies should be made to prepare and organise the struggle, electing representatives that meet regionally and nationally with the immediate objective of organising the general strike, accompanied by the closures of public roads and a call for a world day of solidarity with the Honduran people. The best revolutionary traditions of Honduras, such as those of 1954, must be revived. The combination of historical experience with the audacity of the young working class is the key to overcoming the JOH regime.

The people of Honduras have the right to live with dignity, and it will not be enough to expel the coup leaders. This beautiful country has become a hell under the administration of the oligarchs and imperialists. It is time that the workers, the peasants, and the rest of the poor people of Honduras, take power, and also production, into their own hands to have the economy benefit the people as a whole, and thus eradicate violence, unemployment, and hunger definitively.

The Honduran people would go from being downtrodden to being the great example to follow for the poor of the world, who would then imitate them. The problem is that capitalism is a decadent and irreformable system. In Honduras, one can see the barbarism towards which capitalism is driving humanity. 10 years after the coup d'état, it is time to bury the dictatorship and its capitalist system, so that the repression and deaths will not have been in vain.

From Mexico and El Salvador we stand in solidarity with our repressed brothers and sisters in the university, and we vigorously reject the repression in the UNAH. We send our solidarity with the struggle of the Honduran people. We trust that they will be up to the tasks that history has put in their path. This is a fight of literal life or death and we know that they will be able to win.

Stop the repression of the Honduran people, oligarchs out of the country!

For a general strike to overthrow the dictatorship of JOH!

Out with the imperialists of Central America!

For the confederation of socialist republics of Central America!