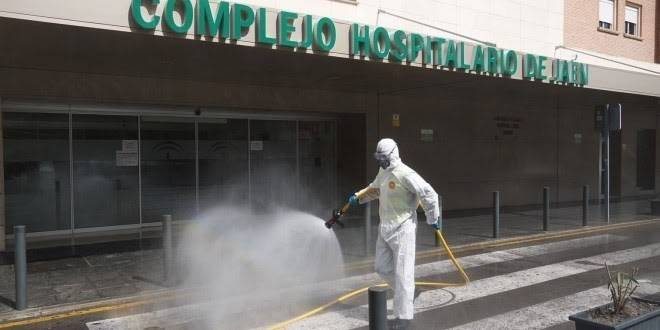 On March 29, David Rey, head of the Spanish section of the International Marxist Tendency (IMT), Lucha de Clases, spoke to our Brazilian comrades about the health crisis in his country and how Marxists are facing the situation.

[Read the original in Portuguese]

David, tell me a little bit about the situation in Spain today and what measures are being taken.

The number of people infected and deceased is reaching extremely severe levels. About 8,000 have been infected and more than 800 have died each day in the last two days. Official data today, March 29, shows 78,797 infected and 6,528 deceased, mostly elderly people over 70 years of age.

In the coming days, those numbers are likely to remain unchanged. Experts say that the number of infected and deceased will begin to decline only in mid-April.

A fact that summarises the terrible situation faced by the Spanish health system is that 11 percent of the infected, more than 6,000, are health professionals, which includes several deceased doctors and nurses. This is due to the scandalous lack of indispensable personal protective equipment (aprons, eye protection, facemasks, gloves, etc.) which workers and health professionals need to have to face the epidemic. Another factor is that mortality rate records started with reports of elderly people housed in nursing homes, where they live alone. Most of these nursing homes are private and some belong to the Church. Hundreds of elderly people died in these homes

In some cases up to 50 elderly people were found dead in the same house. This reveals the appalling conditions of these accommodations and the lack of foresight of the authorities who have not taken any action, not even tested workers placed in these residences, in order to prevent them from infecting the elderly. 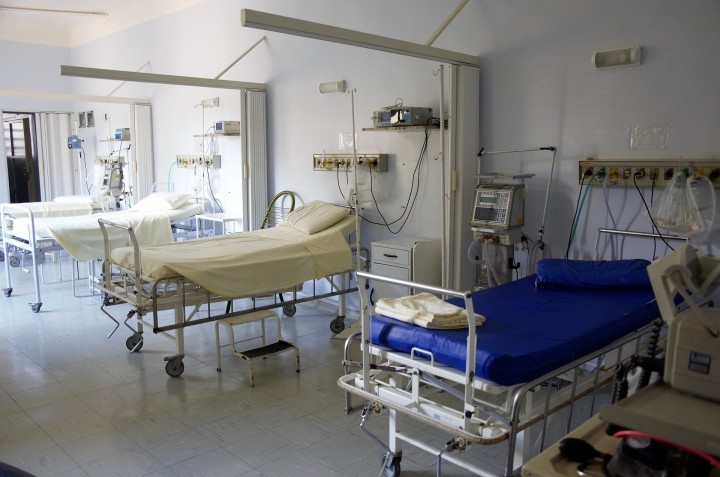 The impact of years of reduced investment in public health is now beginning to show / Image: Pixabay

There’s a lack of everything: beds, intensive care units, respirators, oxygen pumps, disinfectant soap etc. The effects of decades of fiscal adjustments, and reduction of investment in public health are now clearly shown. On the other hand, the government declared a state of emergency for 30 days which places tight restrictions on movement: home confinement is now mandatory for the entire population, except for workers. This is scandalous, because millions of workers in non–essential sectors (automobile, steel, construction, offices, etc.) can get infected at work, or on public transport. There are no security measures, not even in the primary sectors (agriculture, transport, etc.); therefore, confinement is useless when millions of workers can take the virus home when they return from work. On the other hand, the government declared a temporary intervention in the private health sector. But it's a joke. This accounts for 60 percent of the health system in Spain, but only 30% of those infected in hospital centres were hospitalized. Many private hospitals have temporarily closed to prevent the admission of coronavirus patients, and their staff were forced to take holidays.

What are the prospects for workers in the next period?

The economy is sinking. It is estimated that up to 3 million workers will lose their jobs. The government's public debt has reached incredible levels (above €120 billion), so it will be very hard to support businesses and pay a share of the wages of workers who become unemployed. There have been strikes in many factories, demanding temporary closures to prevent the spread of the epidemic. There's a lot of agitation in every sector. There are spontaneous assemblies, where workers discuss collective action to stop working. On Friday, March 27, there will be a general strike in the Basque Country to demand the closure of all non-essential activities.

When the epidemic is over, many workers will not return to work. Companies are taking advantage of the epidemic to reduce costs and staff. Before the epidemic, a decline in the economy and an increase in unemployment had already begun. The epidemic only accelerated the inevitable crisis. We anticipate a social explosion after the epidemic. Between 2008 and 2011, loss of employment gave rise to an atmosphere of terror. The working class felt as if it was living in a graveyard. But it's different now. Workers are already familiar with unemployment and austerity policies, on top of the growth of inequality and corruption of the ruling class and its politicians. Now the reaction will be very different, very radical and very advanced in its anti-capitalist political conclusions.

How are the mass organisations conducting themselves at this time?

Unfortunately, badly. The main unions of the General Union of Workers (UGT) and the Trade Union Confederation of Obreras Commissions (CCOO) are far behind the class, stalling and trying to reach agreements with employers and the government. They should be at the forefront, fighting for the closure of non-essential economic activities and forcing companies to pay 100% of wages to workers. They fully support the government and its measures, such as the state paying 70% of wages to workers who lose their jobs, thereby increasing public debt, which will mean more cuts and austerity tomorrow.

How are the Spanish comrades intervening?

The state of emergency prevents any public activity "for health reasons", which greatly limits our intervention, which today is fundamentally based on political propaganda through the Internet and social networks. Many of our companions are at home in quarantine or working from home (telework). Schools are closed, teachers and students are quarantined. Many of our fellow workers participated in spontaneous strikes in the Basque Country at their factories, such as Mercedes Benz and Aernnova (an aircraft company). We have a leading comrade in a meat factory in Marchena (Seville), Procavi. She is a union delegate and 2,000 workers are in the food supply sector, which is considered essential. We do not plan to close the factory, but we are demanding that workplace safety measures are put in place: working one meter away, masks, additional hazard pay, etc. However, we account for a minority in the union representation. Another comrade from Valencia is a tram driver and is required to work to provide an essential service, and there they imposed safety measures.

The emergency status is introducing limitations, because we cannot hold physical, internal or public meetings, we can only contact people electronically. A fundamental part of our work, university youth, is now paralysed. But we hold weekly cell meetings online and meetings with our contacts and supporters. We are also holding public events online and publishing an average of two articles daily on our website, mainly on the topic of coronavirus. The important thing is to prevent this situation, which is similar to a climate of war, from dispersing our ranks or weakening our cohesion. I believe we are achieving this. We are sure that when this is over, our organisation will experience significant growth, because a very powerful explosive environment is building up in Spain.