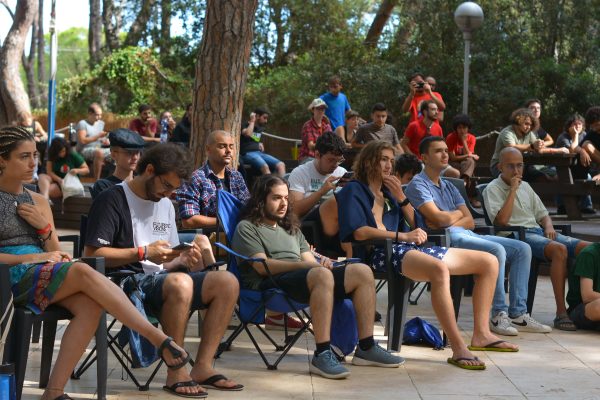 The 2022 national camp of Alziamo la Testa (“Let's raise our heads”), the first held by the youth organisation of the Italian Marxists, was a big success. We are particularly proud of what we have achieved in the last few years, and our progress was attested to at the event, which was attended by young revolutionaries from more than 26 cities, who were all thrilled to finally meet all the new comrades face-to-face after two years of the pandemic.

On the first evening, a screening of the militant movie Judas and the Black Messiah kicked things off. This was followed by a vibrant discussion on the Italian situation: the elections, but above all the deep economic and social crisis, what lies ahead and how we can face it.

Discussions like these are fundamental to clarifying a common political line for all the comrades: it is not only necessary to be focused on the direction the country is taking, but also to build solid political foundations to intervene amidst a great social, economic and political crisis. This is the only way for Marxists to provide a real alternative that connects with the feelings and aspirations of young people, and become an active factor within the political situation.

Comrades shared their experiences from all over Italy, and one thing common to all was the enthusiasm for the climate of growing militancy among school or university classmates. 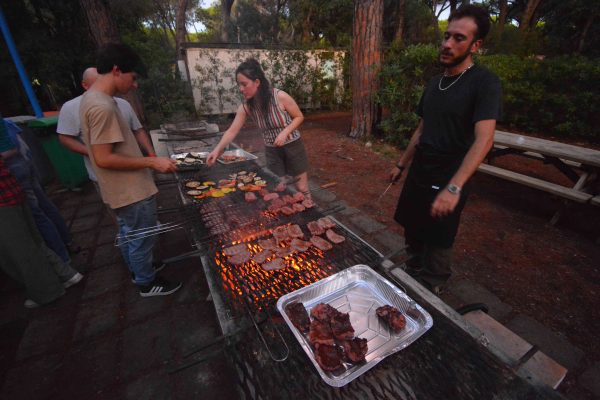 The event was a tremendous success, despite the weather! / Image: Coordinamento studentesco

The next two days consisted of improvised meals between comrades, meeting new people, and mishaps in the rain! But of course, the political content was the most important part of the event. Six different groups discussed the history of the Black Panthers and their fight against capitalism; the Cuban revolution and Che Guevara; the Arab spring; Palestine; the Vietnam war; Marxism and religion.

While it is essential to discuss historical and theoretical issues, it is equally important to understand how to move forward in the current situation.

The final session was a plenary on the history of the International Marxist Tendency, introduced by Fred Weston, a leading member of the international and one of the founders of the Italian section. It is of key importance for us to understand who we are, and where we come from. The history of previous communist internationals, their victories and mistakes, are full of lessons that are absolutely valuable for young revolutionaries who want to overthrow the capitalist system.

There was no shortage of moments of conviviality: not even the bad weather could stop the party, with barbecues, lunches together under improvised canopies, swimming in the sea between beers and lively discussion between new and old acquaintances.

But despite the relaxed atmosphere, we did not shy away from studying and deepening our knowledge. The bookstall, crammed with books, magazines and pamphlets on current affairs, history and philosophy, was stormed from the very first moment of the camp, demonstrating a burning desire for in-depth study.

The future is full of hope and struggle

The Marxist camp was an arena of political and personal growth for each of us.

In the last years few, despite the pandemic and the difficult times it has brought, we have managed, thanks to a political clarity that has never been lacking in our tendency, not only to maintain ourselves as a point of reference for thousands of young people, but also to experience a huge growth in Italy and around the world. We have been building the foundations for a new generation of young communists who will play a decisive role in the coming period.

It was also a moment to get to know each other for the first time, and discuss the work we are doing at national level.

We publish here some photos of our camp for the ones who were unable to come: 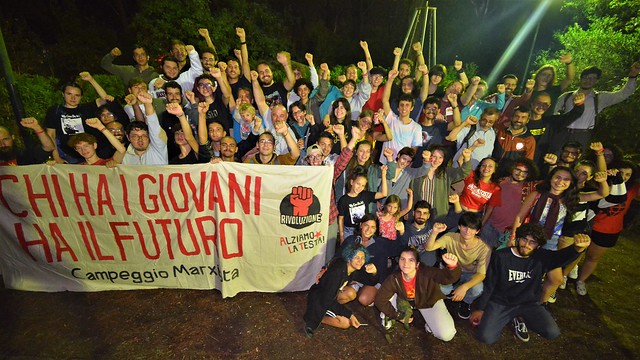 These four days have one again proved the revolutionary drive of young people, and the need, more urgent than ever, to bring down the capitalist system, a system of exploitation and injustice.

We have all the ability to do so. The future is full of hope, and full of struggle.