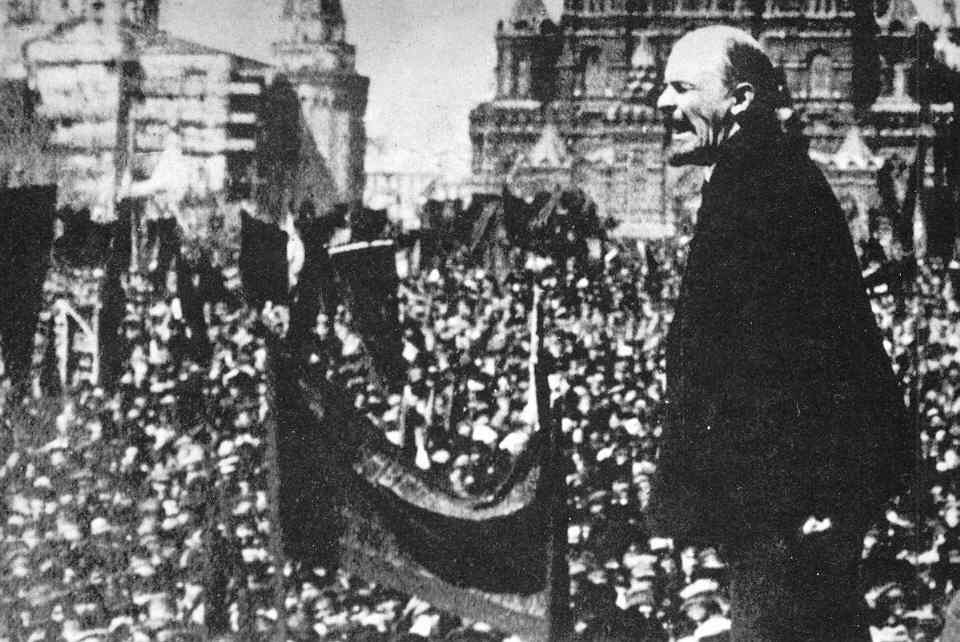 On 21 March 1917 (3 April according to the new calendar), the first of Lenin's Letters from afar was published in Pravda, which was at that time edited by Joseph Stalin and Lev Kamenev. In these letters Lenin outlined the main characteristics of the Russian revolution and laid the basis for the political reorientation of the Bolshevik party. This was the political basis for the coming to power of the Bolsheviks only 7 months later.

In the celebrated Letters From Afar, Lenin began to reorient the Bolshevik leaders in Russia, who had been blown off course by the February Revolution and tended to capitulate to the pressures of bourgeois and petty bourgeois democracy. He explains that the overthrow of the old regime was only the first stage of the Revolution, which must ultimately lead to the conquest of power by the workers and peasants, organized in the soviets. The first letter was written on March 7 (20), 1917 and first published in Pravda in Nos. 14 and 15, March 21 and 22, 1917. The first four Letters from Afar were written between March 7 and 12 (20 and 25), the fifth, unfinished letter was written on the eve of Lenin's departure from Switzerland, on March 26 (April 8), 1917.

As soon as the first news reached him of the revolutionary events in Russia and the composition of the bourgeois Provisional Government and the Executive Committee of the Petrograd Soviet, Lenin began work on an article for Pravda—he regarded the press as an important vehicle of propaganda and organisation. “The press is now the main thing”, he wrote to Alexandra Kolloritai on March 3 (16). "I cannot deliver lectures or attend meetings, for I must write daily for Pravda," he wrote to V. A. Karpinsky on March 8 (21), in reply to the latter's invitation to deliver a lecture on the tasks of the Party in the revolution to Russian Emigres and Swiss socialists in Geneva.

The first and second “Letters from Afar” were sent to Alexandra Kollontai in Oslo on March 9 (22) for forwarding to Petrograd. On March 17 (30) Lenin asked J S. Hanecki whether the first four letters had reached Pravda in Petrograd, adding that if they had not, he would send copies. The letters were brought to Petrograd by Alexandra Kollontai, who handed them over to Pravda on March 19 (April 1).

The first letter appeared in Nos. 14 and 15 of Pravda, March 21 and 22 (April 3 and 4), with considerable abridgements and certain changes by the editorial board, which, beginning with mid-March, included L. B. Kamenev and J. V. Stalin. The full text of the letter was first published in 1949, in the fourth Russian edition of Lenin's Collected Works.

The second, third and fourth letters were not published in 1917. The basic ideas of the unfinished fifth letter were developed by Lenin in his 'Letters on Tactics” and “The Tasks of the Proletariat in Our Revolution”.

Before leaving for Russia, Lenin took measures to circulate the first and second letters among Bolsheviks living in France and Switzerland.