Details
In Defence of Marxism
06 December 2016 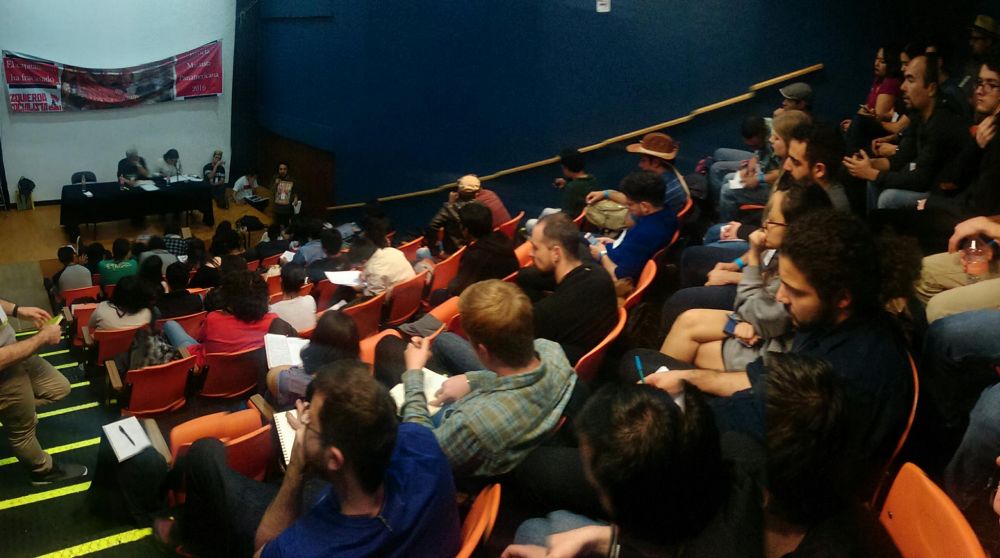 The Second Pan-American Cadre School of the International Marxist tendency was held in Mexico City between 2-4 December, with the participation of over 90 comrades from 10 different countries across the continent.

It was a big effort for comrades from Argentina, Bolivia, Brazil, Colombia, El Salvador, Venezuela, Cuba, US and Canada to raise the necessary resources to attend. Comrades from the US and Canada raised additional money to help with the tickets for comrades from Latin American countries. The comrades from Mexico who were hosting the event were in charge of raise the funds to pay for the accommodation and food of comrades coming from abroad. Some of the attendants had to travel two days overland and others endure long connecting flights as the air routes are designed to connect each country with the US and Europe, but there are not so many direct routes between the different Latin American countries.

In addition to this, a number of comrades had to deal with the extremely restrictive Mexican visa system. In the last few years, the US has subcontracted the job of preventing Central and South American migrants from making their way into the US to the Mexican state. The comrades from Honduras were finally denied a visa.

The 27 comrades from outside Mexico were joined by over 60 comrades from the Mexican section, coming from Mexico City and State as well as Quintana Roo and Veracruz. 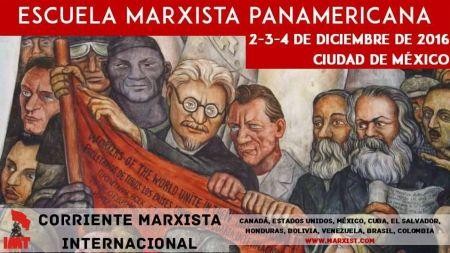 The school opened with a session on the balance sheet of the revolutionary wave which has swept Latin America over the last 15 years. The discussion was introduced by comrade Serge Goulart from the Esquerda Marxista (Marxist Left), the Brazilian section of the IMT. A series of mass uprisings, insurrections and revolutionary processes took place in several Latin American countries, particularly between 1999 and 2005. That was followed by a period of certain stabilisation, helped by the boom in the boom in raw materials and sources of energy. With the slow down of the Chinese economy, that has come to an end, throwing a whole series of governments into crisis and allowing openly reactionary governments to come to power. The session discussed what had been the attitude of the Marxists throughout these years and how are we orienting our forces in this new stage. 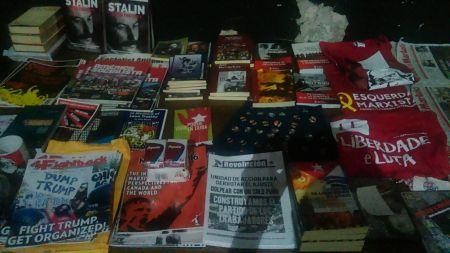 That discussion was held in Trotsky's Museum which is located in the house where Trotsky lived in exile and where he was finally assassinated. The different sections present made a donation of material (books and pamphlets related to Trotsky) to the Museum which was received by Esteban Volkov, Leon Trotsky's grandson. At the end of the day the participants also went on a guided tour of the Museum. 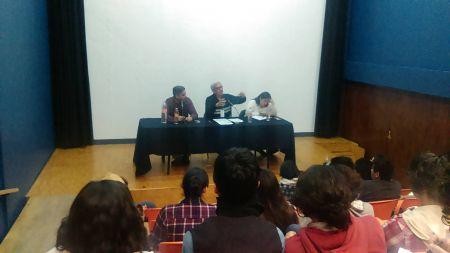 The following day we had discussions about the Cuban and Mexican revolutions at the Casa de Cultura Jesús Ramirez. Jorge Martin led off on the history of the Cuban revolution. He explained how the question of national liberation had been inextricably linked in the history of Cuba to the question of the struggle against capitalism, in the thought of Julio Antonio Mella (the founder of the Cuban Communist Party), but also that of Antonio Guiteras during the revolutionary period of the 1930s. The evolution of the 1959 Cuban revolution, which started with a national democratic program and ended up expropriating capitalism, was also a demonstration of that and a proof of the correctness of the theory of permanent revolution. The death of Fidel will be seen by the imperialists as an opportunity to redouble their efforts to destroy the gains of the Cuban revolution, which are based on the nationalisation of the means of production. Jorge Martin stressed how IMT's unconditional defence of the Cuban revolution, against imperialism and restoration of capitalism. He explained that this could only be done through workers' control and the struggle for international socialism. There was a lively discussion with the participation of three Cuban comrades from the Network of Anticapitalist Youth, Nuestra América and the people's education network Escaramujo. 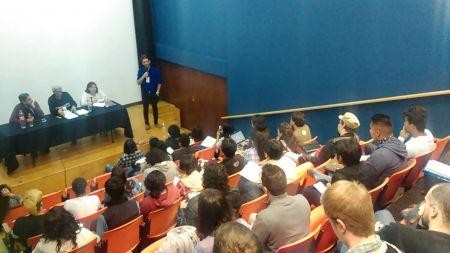 Ubaldo Oropeza, from La Izquierda Socialista (Socialist Left), the Mexican section of the IMT, explained the processes that led to the Mexican revolution of 1910-17 and how that revolution, which was carried through by the peasant armies of Emiliano Zapata and Pancho Villa was strangled and defeated as they did find the support of the workers' movement in the cities. That led to the bonapartist regime of the PRI which lasted for over 70 years. The interventions, mainly by the Mexican comrades, dealt with all the different aspects of that epoch making revolution.

On the third and last day, the comrades went to visit the extraordinary murals by Diego de Rivera at the Bellas Artes Museum. There we could see his amazing “Man controller of the Universe” mural, which he had originally painted for Rockefeller in New York. 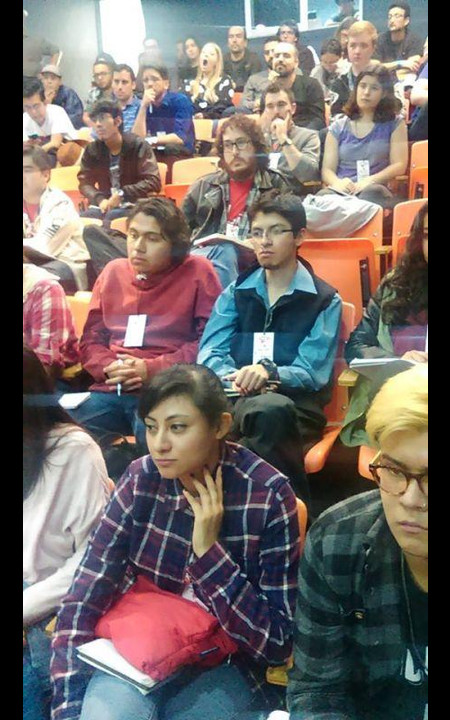 Comrades attending the Cadre School then continued the discussion at the headquarters of the Section 9 of the CNTE (the militant democratic faction of the teachers' union). John Peterson from the US Workers' International League introduced the discussion about the revolutionary traditions of the United States as well as the reasons and consequences of Trump's election victory. This was a very important discussion as the revolutionary history of the United States is deliberately hidden, not only from the US workers and youth themselves, but also to the masses in Latin America, where the image is presented of that country as one monolithic counter-revolutionary imperialist block. Many comrades intervened in the discussion, both on the traditions of the US as well as the impact of Trump's victory and how to fight him.

The collection which raised over 36,000 Mexican pesos (US$1800) reflected the mood of enthusiasm which permeated the school. We closed the school with the singing of the Internationale in Spanish and English as well as Bandiera Rossa.

This Cadre School, without a doubt, represents a step forward in the building of the forces of the IMT in the American Continent, from Canada to Argentina.