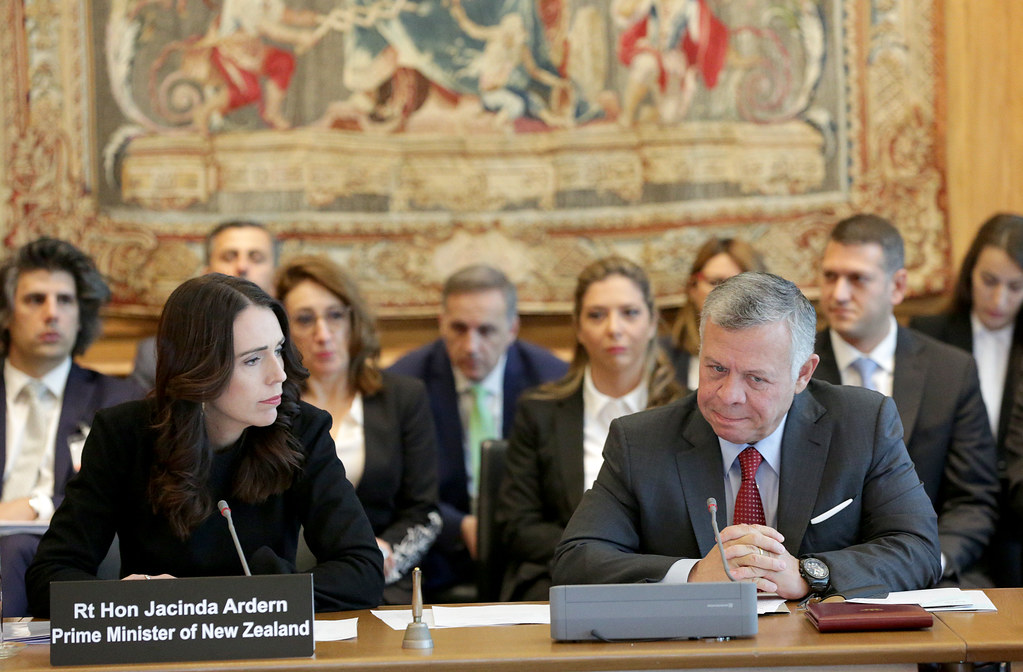 New Zealand has apparently beaten the COVID-19 pandemic and the Labour-led government is the most popular in history. However, the reformists in charge still think they can manage capitalism indefinitely. Instead, they should be laying the ground for socialist policies.

The New Zealand Minister of Finance, Hon. Grant Robertson, delivered the budget on 14 May 2020. Due to the COVID-19 pandemic the original budget had to be scrapped. The new budget is dubbed "Rebuilding together" and its main focus is on jobs.

The main budget item, whose cost dwarfs all others by an order of magnitude, is the $50 billion COVID Response and Recovery Fund (CRRF). Most of the money is to save businesses with wage subsidies and tax relief, and launch a number of major infrastructure projects to create more jobs. About $30 billion of this fund has already been committed. This also includes ongoing costs associated with keeping COVID-19 eliminated from New Zealand. Everyone entering the country is put up, for 14 days, in hotels which have been repurposed as quarantine facilities. People are tested twice during quarantine - near the beginning (day three) and near the end (day 12) of the quarantine period, before being cleared to enter the country proper.

There is $20 billion or so left in the CRRF for future investment or to handle a new outbreak of the virus which would force another lockdown. The risk of a new outbreak is ever-present as the pandemic rages on in the rest of the world. COVID-19 is so far being stopped at the borders. The only new cases of of the virus since it was eliminated from the country in mid-June have been in quarantined people flying into the country from hotspots such as the UK, USA, and India. Despite some bungling by the government in which a number of travellers (including one who tested positive) managed to escape quarantine facilities, no community outbreak of COVID-19 has occured since the lockdown ended.

Grant Robertson has decided to implement Keynesian policies, invoking the first Labour Government and saying that "I am not a fan of austerity". With the general election coming up in September, the government has made a point of highlighting its social spending to solidify support. Robertson has explicitly contrasted his policies to those of the 1984 Labour Government that decimated the welfare state, as well as to those of the 1991 National Government that smashed the union movement and implemented a painful austerity programme (called the "Mother of all Budgets").

The government has managed to broaden its support into layers of the middle class and petty bourgeois that traditionally vote right wing. A significant number of small businesses have survived the lockdown, thanks to the wage subsidy as well as to a low-interest government loan scheme that was recently set up to help small businesses through the COVID-19 crisis. (Incidentally, the fact that the government had to set up this loan scheme in the first place, simply highlights the useless and parasitic nature of the private banking system.) Taken together with the successful elimination of COVID-19 from the country, support for the Labour-led government is at record levels: 55 percent support for the Labour Party alone in a recent poll.

A closer look reveals a less rosy picture. Although spending on all sectors has been increased, it only partially makes up for the chronic underfunding over the past few decades. The government is running up the national debt to keep New Zealand in a temporary holding pattern. None of the fundamental problems will be any closer to a solution. Only 8,000 or so new state houses will be built in the country over the next 4-5 years, which will hardly put a dent in the chronic housing shortage and state house waiting list. Unemployment will rise as the Government's new infrastructure projects will not be sufficient to cover the loss of jobs in tourism and hospitality. When the wage subsidies run out, a large number of people will be forced onto the unemployment benefit.

There are also thousands of migrant workers in an even worse situation. Workers on temporary visas are not eligible for the unemployment benefit. Many of them have been stranded in the country after their contracts have ended and have been relying on charity or burning through their savings. In addition, over 60,000 migrant workers are stuck overseas, as citizens and permanent residents have first priority to get into the country. Due to the capacity of quarantine facilities, only 250 people can enter the country per day.

Increases in social spending, however inadequate, are still better than wholesale cuts and austerity. The current low level of debt puts the New Zealand economy in a better position than many other countries for carrying out Keynesian policies.

The debt could pile up much faster than expected. The Labour-led government's so-called fiscal strategy is based on an April 2020 IMF forecast of a V-shaped recovery of the world economy in 2021-22 - in other words, on wishful thinking. The New Zealand economy is predicted to contract by four percent in 2020 and one percent in 2021, then bounce back in 2022 with a (wildly optimistic) eight percent growth rate. But as Treasury pointed out, "The unfolding nature of the crisis and the challenges in predicting the depth and duration of the COVID-19 pandemic means that the economic outlook is highly uncertain..."

Still, the Labour-led government has illusions of successfully managing capitalism. The national debt is low compared to other countries, and we have beaten the pandemic. As part of its election campaign, the Labour Party is reinforcing its reformist illusions among the mass of the working class. On the surface things have largely returned to normal.

While we are in a better position than the USA, UK and other countries hit hard by COVD-19, the economic crisis is already starting to bite. Over the past month there have been hundreds of layoffs at large companies such as Air New Zealand and Fletcher Building. Rio Tinto recently announced the closure of the Tiwai Point Aluminium Smelter.

Grant Robertson may have officially shut the door on austerity, but it is coming in through the window. Austerity budgets are being implemented at the local government level to make up for loss of revenue. For example, the income of Auckland City Council from its shares in the airport, port, and public transportation has been drastically reduced due to the border closure and the COVID-19 lockdown. Auckland Council under Mayor Phil Goff (right wing ex-Labour leader) will cut funding for community programmes, cut funding for road and path maintenance, cut the opening hours of community facilities such as libraries, and cancel public transport fare subsidies for children. 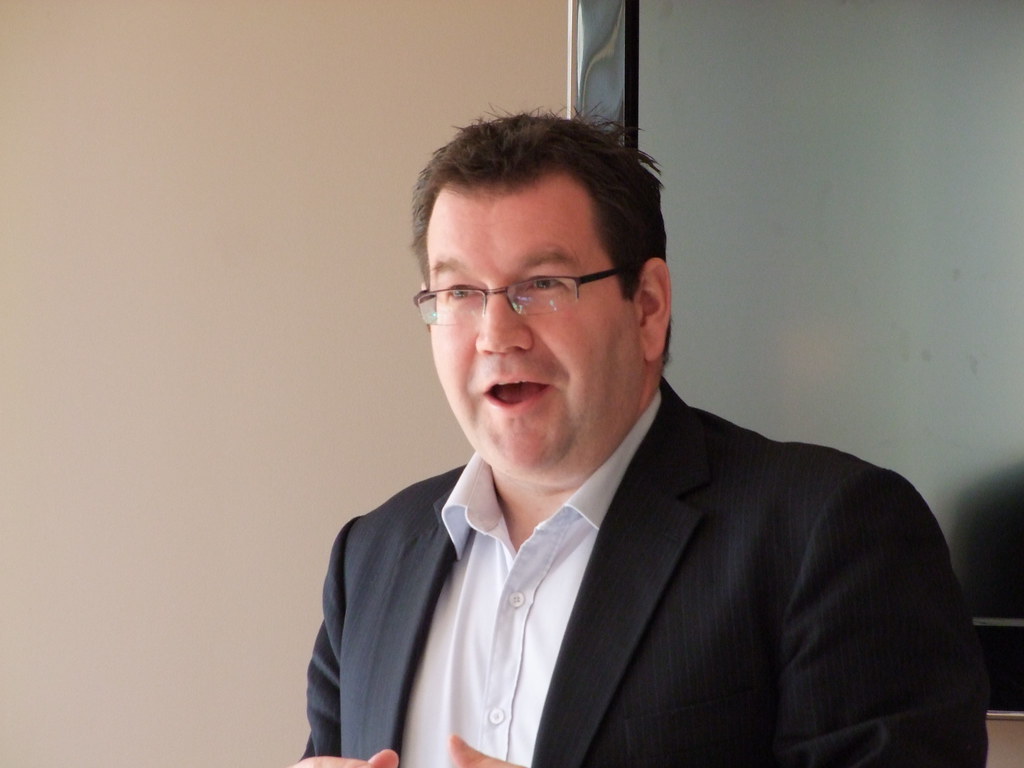 The government's Keynesian economic programme will not get around the rules of capitalism / Image: TEU, Flickr

Given Labour's current policy, would Marxists do anything differently? As far as the pandemic goes, the policies would be broadly the same: locking down the country to eliminate the virus, while making sure that adequate state resources were made available to support the working class. But we would make no distinction between citizens and migrant workers. We also understand that the economic crisis brought on by the pandemic is a crisis of the capitalist system on a world scale that has been building for some time: COVID-19 is not the cause, but a trigger. A Marxist leadership would educate the working class on the necessity of socialism. The current measures are temporary; the only way to solve the economic crisis is to expropriate the commanding heights of the economy and plan the economy under a workers' democracy.

The pandemic has highlighted the rottenness of the current system on a world scale. Bosses have let the virus rip through worksites with no regard to the safety of workers. Private banks are continuing to charge interest on loans and mortgages through the crisis, while people lose their jobs. Concern about the future is forcing people to reflect on and try to make sense of current events.

This is not the time to lull the masses into a false sense of security, but to prepare them for the tasks ahead. In fact, in New Zealand, the current objective situation is very favourable. Our government is currently one of the most popular in history, and two months of lockdown have given the masses a valuable experience of disciplined collective action under far-sighted political leadership. A systematic campaign for socialism, by the Labour leaders and the union movement over the next term of government, would rapidly raise the subjective level. Given the current weakness of the right wing, the country would enter a pre-revolutionary situation on extremely favourable terms for the working class.

But since the current leadership of the Labour Party and the unions is dominated by reformism, the current advantageous position will most likely be undermined by making concessions to capitalism. This will only make the economic problems worse and discredit the Labour leaders. The Labour government after the election will be a government of crisis.

No return to normal

Normality is a temporary illusion which will be shattered in due course. For two weeks in June, the country had no cases of the virus. It felt like we had beaten COVID-19 once and for all. However, as New Zealand is still connected to the rest of the world, more and more cases started to be picked up at the border, reminding us that the pandemic is far from over.

Similarly, New Zealand is not isolated from the global economy. The Labour-led government is currently spending more money, but spending is likely to dry up as the crisis continues on a world scale. Instead, the ruling class will demand austerity. Class struggle will be on the agenda as the working class moves to defend itself. The current holding pattern is simply buying us some time to prepare.

On the other side, bourgeois commentators and politicians from the opposition National Party are also preparing. Some commentators are trying to rehabilitate the ghosts of the 1984 Labour Government and 1991 National Government. This is easier said than done. The pain of those years casts a long shadow over the present. To make matters worse for the ruling class, support for National has dropped to around 30 percent, as the party has become engulfed in a number of self-inflicted crises.

Events over the past few months have contrasted the policies of different countries, and highlighted the difference between good and bad leadership in response to the COVID-19 pandemic. The quality of leadership is literally a matter of life or death for thousands of people. The same will be true for the coming social and economic crisis.

Therefore, every class-conscious worker should realise the importance of building a leadership that is up to the task. Such a leadership will need to understand events from a dialectical, Marxist point of view, in order to lead the working class to the socialist transformation of society. The political conditions for building such a leadership in New Zealand and worldwide are highly favourable.