Details
In Defence of Marxism
15 December 2016 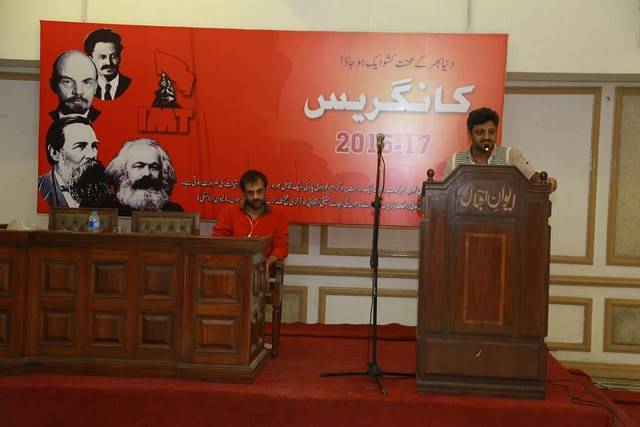 Further to the reports from the congress of the Pakistani Marxist organisation of the IMT we publish the report on the organisational discussions which took place.

The Organisation discussion at the congress was introduced by comrade Paras Jan. He drew a balance sheet of the split with The Struggle group and outlined the direction the organisation is going to go in the next period.

The “old” organisation in the latter years had adapted to the PPP environment, and adopted a conservative approach to organisational and political questions. A section of the leadership insisted that after the assassination of Benazir Bhutto, the objective situation was a reactionary one long after this had ceased to be the case. The truth is that things have changed and there are new elements in the situation.

In such a situation, it was the objective changes that demanded a rethink in the way the organisation was working, with a review of tactics and methods of building. Unfortunately, the old leadership had become stuck in a routine, repeating ideas and slogans that were valid for the previous period, but had long ago lost their validity. This routine approach had an impact on the political way of thinking of the comrades. For example, after winning and MP in 2002 the approach to the PPP was affected.

With such methods, it was inevitable that a split would take place; in fact, it was necessary in order to save the revolutionary core of the organisation. 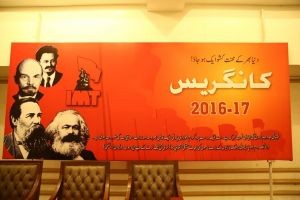 After the collapse of the Soviet Union there was an ideological offensive of the bourgeoisie, which affected the whole left. We saw this in Pakistan with the former Stalinists. But it also eventually affected our own organisation. We were winning lefts, many of whom came from organisations that had been Stalinist in the past, who went through the motions of revolutionary politics, using revolutionary phraseology, but in reality they had lost confidence in the possibility of building a genuine revolutionary Marxist organisation. They had adopted a routine approach to the work of building. There was the tendency to mix with top party leaders, which was presented as doing party work.

All this had a frustrating effect on a layer of the organisation that wanted to turn outwards and build on a healthy basis. For us, all this was like a rediscovery of what we really are and what we stand for.

Although they did not say this at international meetings, they argued that the International leadership of the IMT was far away and could not understand the situation in Pakistan. The opposite is of course the truth.

We had to break with this kind of thinking. Now we have finally understood what genuine internationalism is. There should be no fetishism in tactics and strategy, but what is needed is a flexible approach that corresponds to the real conditions we are working in.

We required a balance sheet of what we have won and what we have lost. We must reiterate the point that a Bolshevik organisation can be built in Pakistan. We were not doing that, we were not really dedicating sufficient time to developing the cadres. 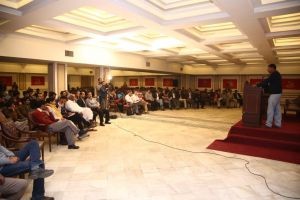 The present congress is very different to the recent congresses of The Struggle, different in its political content and in the mood of the comrades. There is a feeling that this is “our congress”. Comrades here are thinking of how to build. We must not repeat the mistakes of the past.

We must develop our own goals based on the objective situation and the subjective possibilities. The new organisation is obliged to revisit the question of tactics and strategy. How are we going to build? Tactics flow from the objective analysis of society. That explains the need to open new fronts, such as the Progressive Youth Alliance and the Red Workers’ Front.

Numerically we are now fewer, but the objective situation remains the same. Last year we successfully launched the PYA with more than 1500 youth participating. We can use the open youth front to engage with the youth. The students are beginning to be mobilised, and are being politicised. This opens new possibilities for us. The generation of the 15-25 year olds of today is qualitatively different from previous generations.

An example of what is developing is the student movement in Peshawar against fees. What was noted was that although the traditional student organisations were present, they were incapable of offering a lead. They do not have the authority they had in the past.

We must build on a concrete basis on the ground, in the movement, not on Facebook! We must break with petit bourgeois individualism. We must take the ideas to the youth on the campuses and to the factory gates. We will need to concentrate on the urban areas. 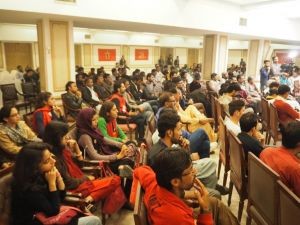 The wave of strikes in Quetta is a symptom of the real situation that is developing before us. The trade union leaders do everything to stifle the movements of the working class. They have moved in the same direction as the leaders of the PPP. The old organisation tended to seek relations with the union leaders, but we must build direct links with the ranks of the labour movement. We have developed our paper, the Worker Nama, as a tool for reaching the workers. We must develop our tactics and adapt them to the different fields of work we are involved in.

Although we have a number of women in the organisation, this is far from satisfactory. We must not use the excuse that the conditions are difficult – which they are of course – but must find ways of reaching women workers and youth. Women in Pakistan are doubly and triply oppressed, but the real issues facing working class women are those of poverty, lack of healthcare, unemployment. We must fight NGOism and bourgeois liberalism in this field of work. By fighting for the interests of working class women, we can win new female comrades to the organisation. As part of strengthening our work among women, we are preparing to intervene with all our forces in the 8th March events that will take place next year. But the first step in developing our women’s work is to educate the whole organisation on Marxism and the Women’s Question.

In our youth work, the plan is to organise a series of city conventions to gather around us the periphery we have and to widen our influence and recruit the best layers. To raise the level of the new recruits we are organising a national cadre school in February.

A finance report was also given. It was revealed that the new organisation is collecting almost the same amount as the old organisation, although on paper we have about one fifth of the official membership of The Struggle before the split. This reveals a serious approach to finance, which is always an indication of the health of any revolutionary organisation.

The group started with nothing, no office or paper. This raised the urgent need to collect the necessary funds. We have done that successfully, raising the money to rent a new office, and also several offices around the country.

The financing of the congress was also indicative of the health of the new organisation. Donations and congress fees not only covered all the costs, but there was also a sizeable surplus which will be used to cover the growing costs of the organisation. The collection itself, held during the congress, raised over $500, a large sum considering the size of the organisation, the low wages and the large number of youth attending. 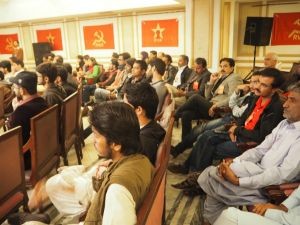 The report on the paper outlined its development since the split in March. Seven issues of the Workers Nama have come out, which now covers all its costs, with over a thousand copies being sold each month. The comrades have also published Alan Woods’ article on Che Guevara as a pamphlet. They are planning to publish the new updated version of Trotsky’s book on Stalin in Urdu next year. They are also preparing a small pamphlet with Questions and Answers on Socialism. And just before the congress, the comrades started publishing their quarterly theoretical magazine, Lal Salaam. The areas have all set targets, which will bring overall sales of the new journal to around one thousand.

Regional reports were then given from all around the country, from Baluchistan, from KPK (Peshawar and Swat), Kashmir, North Punjab, Gujranwala, Central Punjab, Lahore, South Punjab, Dadu (Sindh), from expatriate comrades living in several different countries and also from Karachi where we have an important base.

What was significant was that all the regions reported important growth since the split in March, with some even doubling their membership. It is true to say that a large part of the membership joined since the split. This is very positive, as it shows that the comrades are not looking inwards. The comrades drew the necessary balance sheet of the past, but then moved outwards decisively to the workers and youth with the aim of rebuilding the forces. The targets set by each region for growth over the next three months and one year, show the real concrete possibilities in the new objectives situation that has developed. We now have 306 members, and it is not an exaggeration to say that this figure could be almost doubled over the coming twelve months. The contacts are there to be recruited.

It was revealed that at the 2015 congress of The Struggle at least half and possibly the majority of those present were not members of the organisation. This had been developing for some time, with pressure to bring as many people as possible. This led to a growing number of people attending the congresses who had not much interest in the proceedings. In 2015 this reached the point where many were not listening and some even whistling during speeches. 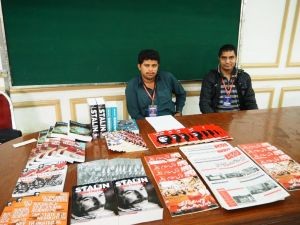 All this is what prompted a layer of the leadership – those who went on to found the new Lal Salaam organisation – to pose the question of limiting participation to members only. This had provoked a huge conflict within The Struggle organisation, but it was clearly necessary to change the nature of the congress. It was finally agreed that non-members should be allowed to participate, but only genuine contacts and sympathisers, with the aim of recruiting them. An example was provided at the congress itself where one young participant spoke from the rostrum to say “I came to this congress as a visitor and I am leaving as a member.”

It was agreed that the two main planks of the organisation in the coming period should be a bold open approach to the youth and a serious attitude to theory and education.

The mood of the whole congress was one of immense enthusiasm – without enthusiasm one will build nothing – but it was an enthusiasm that flowed from an understanding of the political ideas, of the perspectives, and of the need to urgently build the forces of Marxism in Pakistan. We have every confidence that the comrades will dedicate themselves to this important task.