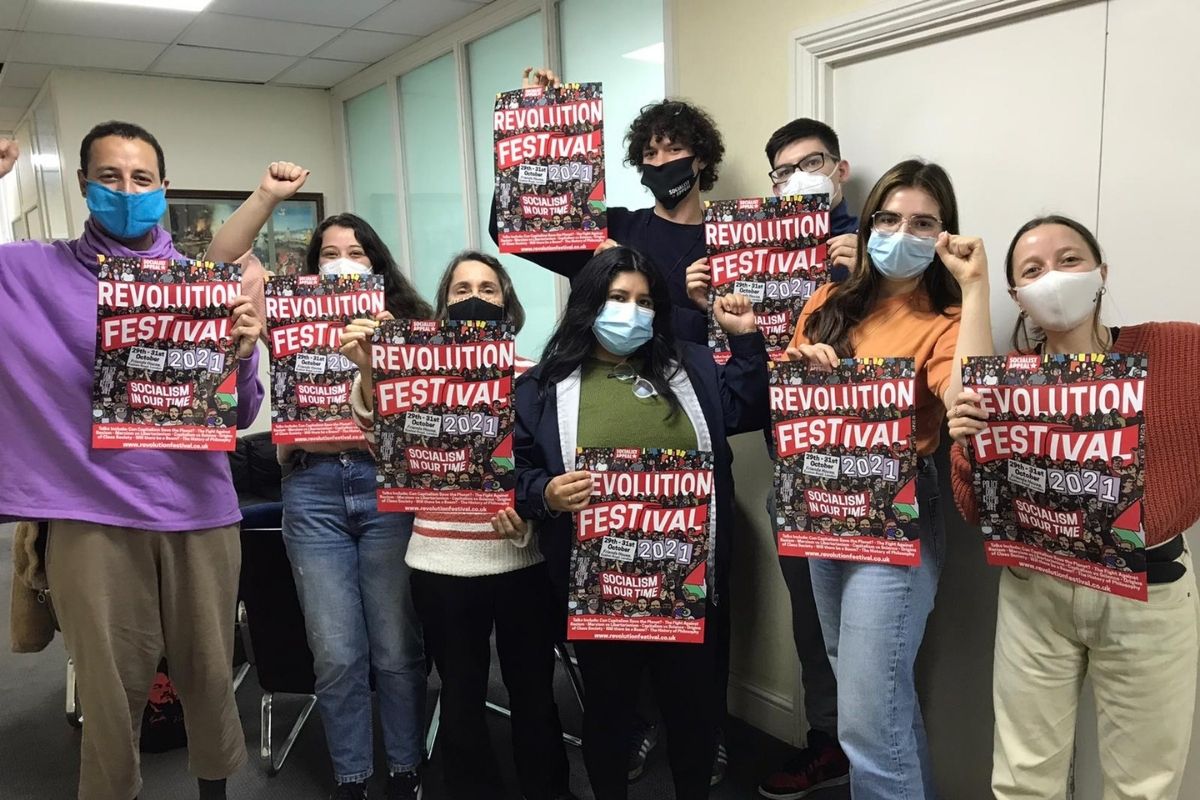 It’s been an amazing start to the new academic year for the MSF, with thousands signing up to Marxist societies across the country, participating in meetings and reading groups, and organising on campus. Join the Marxists! Join the revolution!

Hundreds have already booked their tickets and will be making the journey to attend in person, in order to take part in an amazing array of discussions on philosophy, economics, history, and the most pressing issues facing workers and youth.

See below for the full list of incredible talks and topics on offer at this year’s festival.

The event will kick off with a bang on Friday evening, with an inspiring rally featuring Rob Sewell, editor of Socialist Appeal, who will be speaking on the important role that Marxism can – and will – play in the titanic class struggles lie ahead in Britain.

This is guaranteed to get the blood pumping for the rest of the weekend, and remind us of the vital task in front of us: to build the forces of Marxism.

For this reason, this year’s festival will coincide with the launch of a vital new addition to our arsenal of Marxist texts – The History of Philosophy: A Marxist Perspective, by Alan Woods.

In this talk at #RevFest2021, Alan Woods launches his new book 'History of Philosophy: A Marxist Perspective', outlining the development of philosophy from the ancient Greeks, all the way through to Marxism, which is the culmination of all previous advances in human thought. pic.twitter.com/ZHceJfDWxF

Alan will discuss the importance of this new publication at a special plenary rally, highlighting how we can – and must – take these ideas into the movement and fight for the socialist transformation of society, in Britain and internationally.

Signed copies of The History of Philosophy will also be available at this talk – so come along to get your hands on this fascinating new release from Wellred Books.

All over the world, in recent years, we have seen movements erupt in response to austerity, repression, imperialism, racism, and violence against women. A growing number are pointing the finger directly at capitalism as the cause of all these ills.

At the same time, the international COP26 climate summit in Glasgow is rapidly approaching, offering nothing but hot air, with a fresh round of hollow promises and empty platitudes. Capitalism doesn’t just threaten the lives of millions across the world, but the planet itself.

Joe explains why you should come along to his talk 'COP26: Can capitalism save the planet?' at #RevFest2021.

If we want to overcome the climate crisis, "we must base ourselves on the revolutionary politics of the working class."

These issues, and many more, will be explored at Revolution 2021, with talks on fighting racism, combatting the climate catastrophe, and ending violence against women.

Other topical discussions taking place next weekend include Daniel Morley’s talk on Capitalism with Chinese Characteristics, examining the perspectives for revolution in China, with a financial crisis looming, and class tensions rising.

With all these amazing talks on offer, and more, Revolution Festival promises to be the biggest and most important event in the socialist calendar this year – and in recent decades.

For more information, check out the official festival website here, or take a look at the full list of talks below.

The History of Philosophy: A Marxist Perspective – book launch with Alan Woods, author of Reason in Revolt