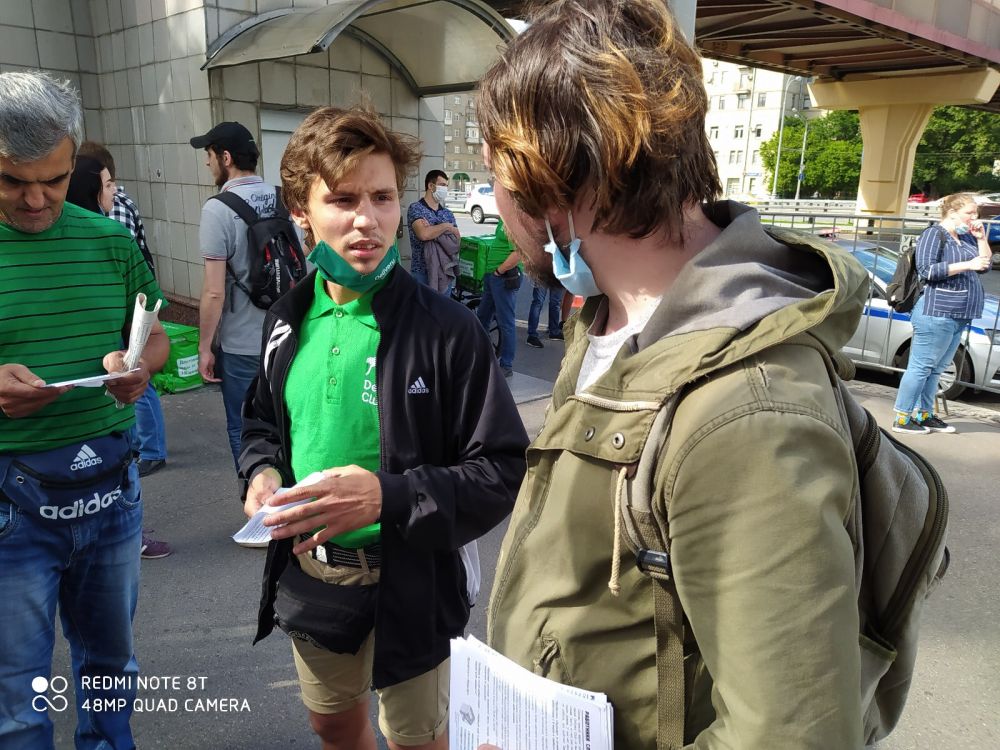 On 9 July began the first day of strike action by couriers in Moscow. Most of the strikers are employees of the Delivery Club franchise owned by major Russian IT corporation, the Mail.ru group. Comrades of the IMT have been actively supporting the strike.

According to the chairman of the couriers' trade union, the idea of a strike arose for the first time back in December last year, when 500 couriers were fired without any explanation. Support for action increased sharply when wage rates fell in April, and in the harshest months of the pandemic and quarantine (May and June), more than 300 couriers stopped receiving their wages while the company earned billions from their work.

The first open protests of couriers were held in mid-June, and an independent trade union arose on the basis of these protests. By that time, the situation was so dire that many people were forced to spend the night on the streets of Moscow, because they could not pay rent for dormitories. The company already owed them a salary of 1,000-1,200 euros for two months.

Realising that a simple protest would not help ensure that their demands were met by the company, the most proactive part of the couriers began preparations for a full-fledged strike, together with a number of left-wing political activists who supported them. In a short period, huge preparatory work and a massive propaganda campaign was carried out, which attracted the attention of many large media outlets. The problems of the workers entered the mainstream agenda. 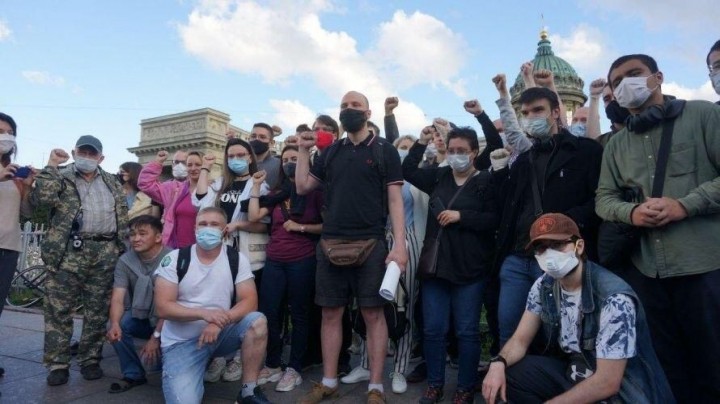 Our comrades have been actively supporting the strike / Image: own work

Activists of the Russian section of the IMT took an active part in the work of the strike committee in Moscow, together with the strikers and representatives of other independent communist organisations. In St. Petersburg, our comrades became the main organisers of the solidarity campaign with the Moscow couriers. We took an active part in the preparation and printing of propaganda materials, and agitation amongst couriers and clients of delivery services to drum up support for the strike.

While agitating for participating in the struggle of the union, we at the same time explained to workers that their problems could not be completely resolved without a political struggle for the unity of workers, and socialism.

The very first day of the strike paid off: the company announced that it would pay off all wage arrears. But this does not end the struggle of the trade union. Now it is faced with the task of achieving a fundamental revisal of the contractual relationship between the employer and employees, requiring the involvement of an even-wider mass of couriers in its ranks.

For us, the task does not end even at this stage, since by helping to build a union, we strive to show workers the way forward: the need to build a workers’ party in the country and implement communist policies.