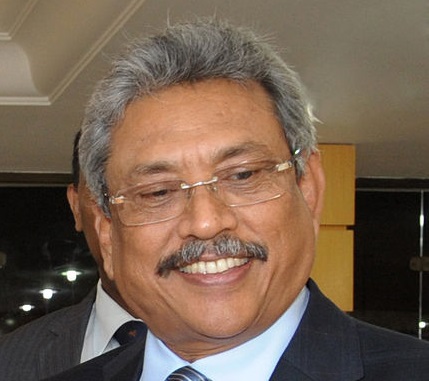 Three days after the election, former President Mahindra Rajapaksa, brother to Gotabaya, was sworn in as prime minister and also finance minister. Both Mahinda and Gotabaya brutally crushed the nationalist seperatist movement in the north of Sri Lanka in 2009. The Rajapaksas crushed not only the Tamil Tigers but relentlessly bombed and massacred 40,000 civilians in the last months of the war. This shows the reactionary character of this government. 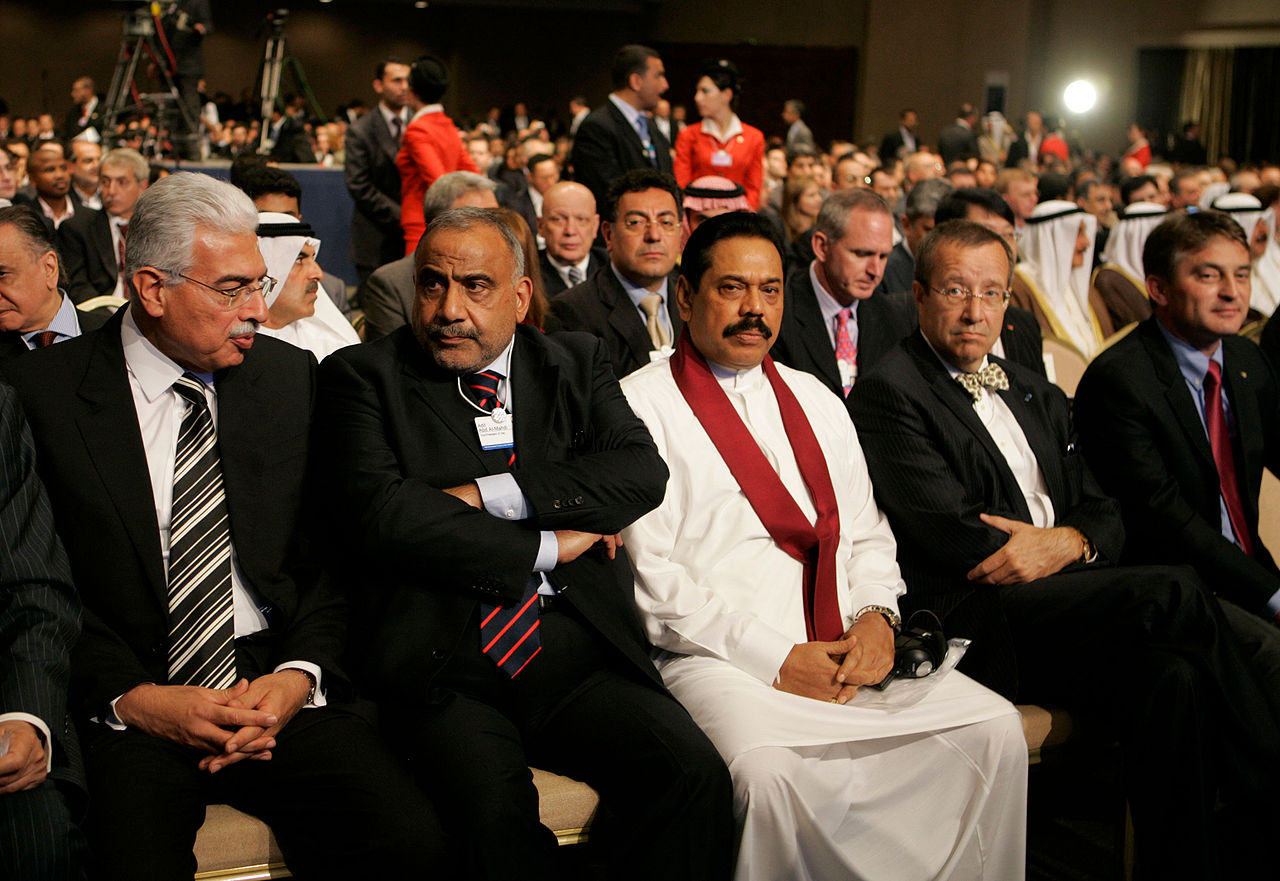 The victory of Gotabaya spells out a new period of heightened ethnic tensions between Tamils in the north and Muslims throughout the island. On 21 April 2019, deadly terror attacks were carried out across the country, killing over 269 people. While the state knew that these attacks were being coordinated by a handful of radical fundamentalists, they did nothing to intervene and stop them. Yet the burden of the tragedy has fallen on Muslim communities who have been targered by ultra-Buddhist nationalist groups. Buddhist nationalists have been terrorising and burning Muslim homes and businesses. The current government will only deepen religious and ethnic tensions as Buddhist hardliners will continue to terrorise minority communities with little interference.

Gotabaya’s agenda to build a “stronger nation” will be at the expense of the entire Sri Lankan working class. The new government will place the country’s crushing foreign debt and economic crisis on the shoulders of all workers. The only way to defeat this anti-working-class government is to mobilise the labour movement to cut across sectarian and communal divisions in a united fight against the ruling elite.

Contenders in the election

The main contenders in this election were the United National Party (UNP) candidate Sajith Premadasa, and Gotabaya and the SLPP. The UNP is the traditional party of the Sri Lankan ruling class. 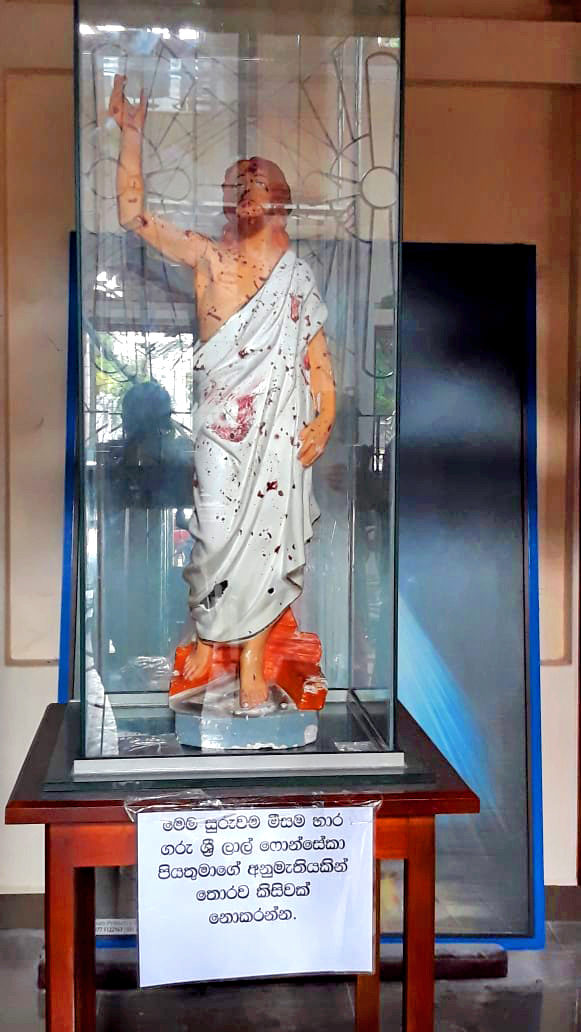 Sri Lanka is facing its deepest recession in 18 years, with a hit to tourism due to the Easter bombings. Gotabaya demagogically exploited by promising prosperity and reform he has no intention of providing / Image: Meera2k19

It is no accident that both the UNP and the SLPP put economic demands at the centre of the election. Sri Lanka is facing its deepest economic recession in 18 years, with a further hit to the tourism sector due to the Easter bombings. During the election, Gotabaya demagogically promised to slash tax revenues for the rich and provide reforms for the poor. The country is drowning in $34.4 bn in foreign debt, around 45 percent of its gross domestic product (GDP). Promised tax cuts, like the 15 percent value added tax and other taxes on the working class, would mean a loss of more than 600 billion rupees (3.31 billion) in tax revenues.This would lead to cuts and privisations in the public sector. Coupled with repayment of IMF and Chinese loans, the accounts don’t add up for Gotabaya. The only way to solve the economic crisis, according to capitalists like Gotabaya, is to make the workers pay for the slump by cutting wages, jobs and the public sector.

Premadasa also demagogically campaigned on popular economic demands that he cannot and has no intention of carrying out. He promised free housing for all, free school uniforms and meals for students, fertilisers for farmers and sanitary products for women. The IMF sent warnings to both candidates about jeopardising fiscal targets with these dreamy reforms. Premadasa had no concrete way of paying for these reforms other then lower tax brackets for the rich.

So why exactly did Gotabaya win the election? Many Sri Lankas suffer from low wages, and persistent unemployment, especially among the youth, and are generally struggling to make ends meet. Many are hoping that Gotabaya can revive the economy, which during Mahindra’s reign saw a small improvement. There is also the factor that many felt the UNP did not achieve anything in the last period in terms of economic reforms and instead were occupied with factional infighting.

But to choose which poisonous snake bite is less painful is not a choice at all. There was no mass labour party putting forward any politics that could fight against the pro-business austerity government of Gotabaya or Premadasa. This was the real reason for the outcome.

In October, students at the University of Jaffna and students in the Eastern University in Batticaloa drafted a 13-point programme for the major Tamil parties to take to the presidential candidates. The idea was that whoever supported the programme would get the endorsement of the Tamil population. The program brought together by the student unions and youth of the universities focused on the question of autonomy. Other demands included accountability for war crimes, the need to remove all barriers for investors for the northern and eastern provinces to help jump-start employment, and an end to the occupation of land by the Singhalese military and state.

On 31 October, the TNA coalition met the Jaffna Students Union and accepted the 13-point programme. Then the TNA sent out the program to all presidential candidates, including Gotabaya (!), hoping that any candidate (no matter what the party was or what it stood for) would consider the plight of the Tamils! In particular, the TNA hoped that Premadasa, the UNP candidate, would consider the demands. None of the presidential candidates even read the folder, one news report states, including Premadasa. Left with no options, the TNA made a call for the Tamil population to cast a vote for Premadasa of the UNP, who hadn't even spoken about the Tamil issues. The Jaffna Student Union refused to support the TNA’s recommendation and refused to mobilise to throw votes for the UNP. Nonetheless, Premadasa won over a million votes, including 80 percent of the vote share in the Tamil areas. Though the turnout was high for the UNP among the Tamils, this is only due to the fact that there is no viable alternative to the bankrupt nationalist coalition of the TNA.

The bankrupt policies of the TNA are no surprise. In 2015, the TNA party pulled together a massive campaign to get all Tamils in the North and Eastern provinces to unseat Mahindra Rajapaksa and vote for the UNP candidate Sirisena. The 2015 win of President Sirisena was largely due to the final minority vote. The TNA promised that bloc voting for a UNP candidate would ensure demands for autonomy, investigations into missing persons and the end of the Sinhala occupation would be carried out. Once in power, this was all but forgotten by the former UNP government, a party that has historically sold out the Tamils since formal independence.

After the defeat of the Tamil Tigers in 2009, the movement lacked leadership and so the traditional ruling elites of the Tamil provinces coalesced around the Tamil National Alliance (TNA). This capitalist nationalist coalition of parties uses the Tamil masses as bargaining chips to retain parliamentary positions. Their idea of fighting for sovereignty means begging with the Sri Lankan state.

The dire economic conditions of workers and farmers in the Northern and Eastern Tamil provinces, and their rising frustration, is being channelled through the TNA, which has no viable solution to solve the national question but to vote for the UNP, which leans more towards US imperialism and the United Nations. 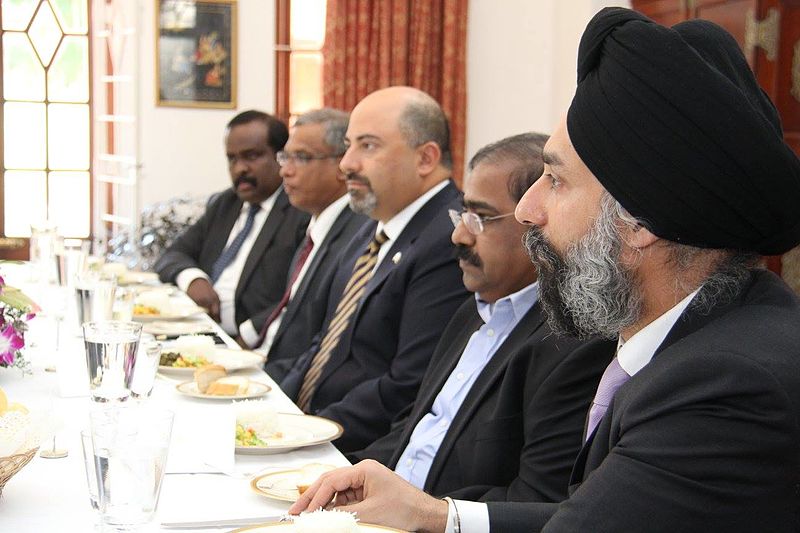 The policies of the Tamil National Alliance (TNA) have been utterly bankrupt / Image: US Embassy Colombo

The recent headlines of this election have focused on the authoritarian nature of this new government. As mentioned, Gotabay appointed his brother as prime minister and finance minister. Besides the two most powerful positions, he has also been given control over the departments of Buddhist, Cultural and Religious affairs, urban development, water supply and housing. On top of this, he has been appointed as the minister of agriculture, irrigation, internal trade, and consumer welfare, while another brother, Basil, will be the chief strategist for this whole gang.

What we are looking at is the rule of one family over government. Gotabaya will soon reverse constitutional amendments passed by the last government to limit presidential terms and begin to consolidate important branches of the state, such as state judges, in the hands of the president. This concentration of power is to push through the most vicious cuts the working class will see in the next period.

However, this consolidation of power is not some kind of proto-fascism as some of the left have proclaimed. While this is going to be a very centralised and authoritarian government, false cries that the Rajapaksa dynasty represents a new kind of Buddhist fascistic rule confuses the workers when it come to understanding what is happening. While there are ultra-right-nationalist-fascist thugs who are terrorising muslim communities, these elements do not represent a mass base but a fringe layer and could be easily crushed by the organised working class. The current government is not embarking on open civil war with the labour movement, as fascism did in the interwar period. Gotabaya will try to keep the workers’ leaders in check while imposing cuts on the workers.

In the recent period, railway workers conducted the longest rail strike since 2008 over inadequate salary increases. Over 12 days, the country faced train stoppages and work slow downs. The potential was there to launch a greater strike, connecting all public service workers in the struggle against lowering wages and worsening working conditions, but 12 days later the union leaders folded under the pressure of the former UNP president.

The working class in different sectors of the economy is clearly fighting the tightening squeeze on the economy. The central bank states that Sri Lanka lost 30,696 working days due to strikes in the first half of 2019, compared to 18,840 last year. The central bank also states that longer strikes in the plantation industry have contributed to the higher number of strikes, along with increased strike action in the public sector, healthcare, postal workers, civil servants and the railway workers.

The tragedy of the Sri Lankan working class is that the historical forces of the Left, the LSSP and the Communist Party, adopted at different times in the past class collaborationist policies and in the process of compromising with the bourgeoisie they destroyed the accumulated capital they had gathered in the past, resulting in them losing all representation in parliament and thus leaving the workers and peasants without viable left mass forces. This is what explains the domination of Sri Lankan politics by the various strands of bourgeois parties.

The working class urgently needs a party of its own. There are the trade unions, but these also are led by elements tied to the system. What the workers need are trade union leaders that are not tied to capitalist parties but are willing to come together to form an alternative mass workers' party for the people. If the union leaders cannot guarantee better wages and working conditions for workers, then we should fight together to replace them. A workers' party that could link Tamil, Singhalese and Muslim workers together against the ruling elite is what Sri Lanka needs right now. Only a united labour movement can defeat pro-nationalists like Gotabaya.