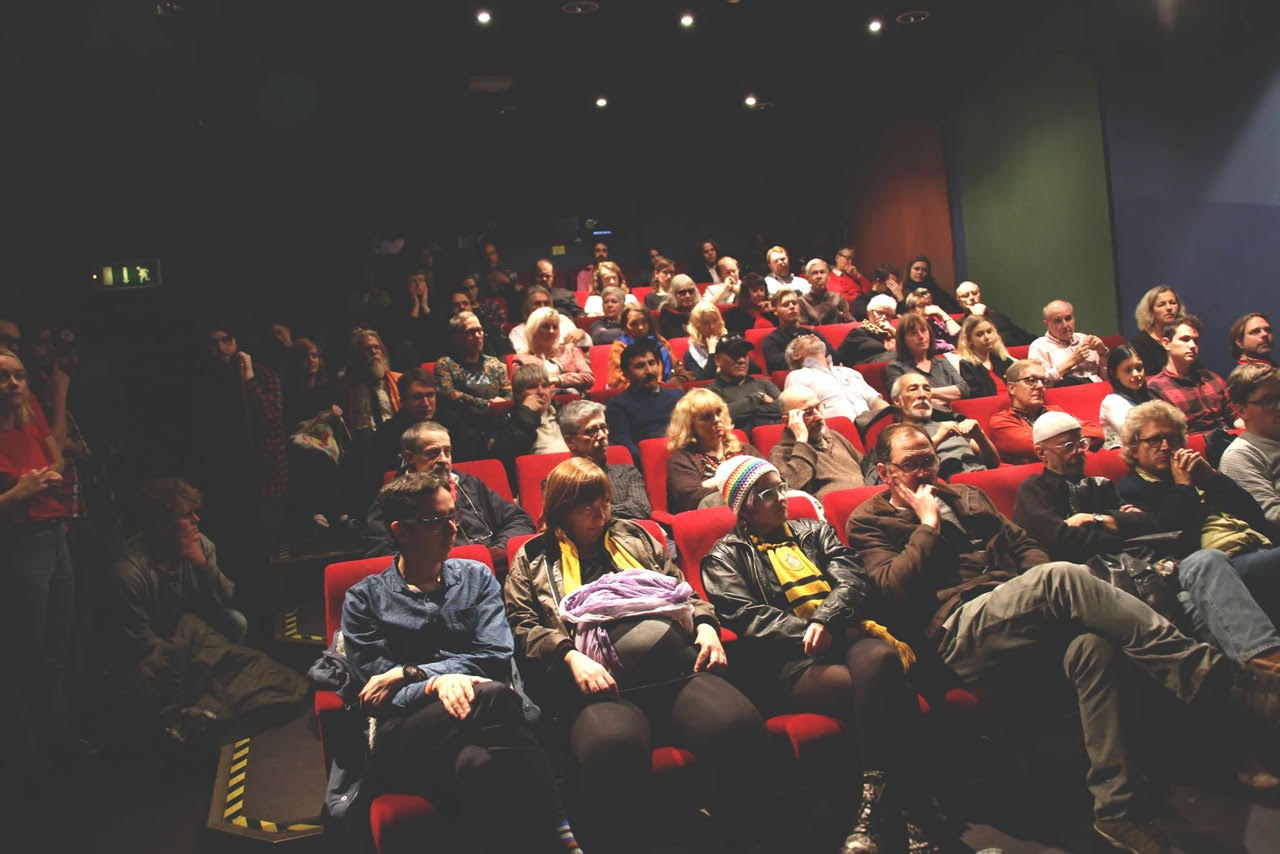 The IMT in Sweden has celebrated the Russian Revolution all across the country! In Stockholm, three different meetings were held on different campuses, along with a party. On the Saturday, comrades in Umeå organized a movie screening of the IMT’s new documentary on the life of Leon Trotsky, and then an open meeting at Umeå university. In Lund, we held a meeting at the university campus. Meanwhile, the comrades in Helsingborg used the occasion to launch the new Swedish edition of Lenin’s State and Revolution.

Here we will highlight the event in Gothenburg, which was the most successful celebration organized by the IMT in Sweden. However, it is clear from the reports around the country that we have received a very good reception all round and that our events have had a good showing.

In Gothenburg, the celebration was held on 4 November. It was a very well-received day filled with exiting discussions, a crowded cinema viewing and important conclusions drawn from an event that shook the world. During the first part of the day, a meeting on the October Revolution was held with nearly 40 participants. Stefan Kangas, who introduced the discussion, talked about the history of the revolution, how the masses took power and began the building of socialism. 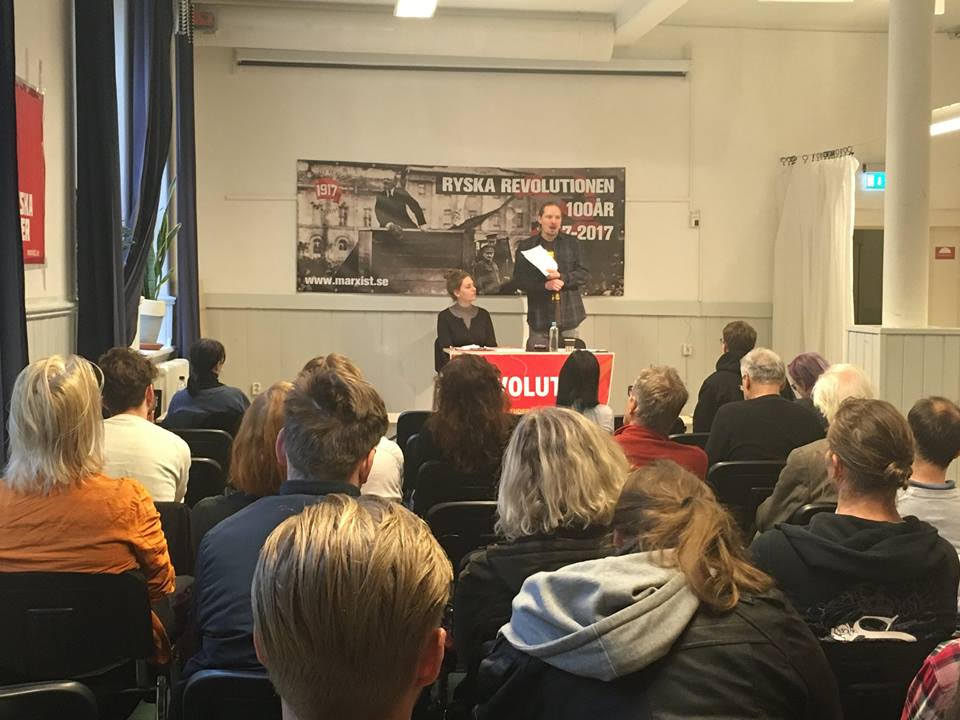 He spoke about how Lenin and Trotsky used the experiences of the Paris Commune of 1871 and the failed Russian Revolution of 1905, when they built the revolutionary movement that came to secure victory for the Bolsheviks in October 1917.

The Russian Revolution showed that the proletariat can rise up against the ruling class' oppression and exploitation, despite difficult conditions. It is precisely because of this that the revolution has faced the hatred of the bourgeoisie, and is constantly exposed to slander, lies and forgeries.

Today, the crisis of capitalism is deeper than ever, and doubts in the current social order are increasing ever faster. Therefore, as Stefan summarized in his introduction, we must finish the struggle of the Russian workers’ movement and abolish capitalism once and for all!

After that, there was an overflowing movie screening at a local cinema: 85 participants showed up to see the IMT's new Trotsky documentary. The interest in the documentary was so great that people had to sit and stand in all corners of the movie theater to make room. The screening was introduced by Ylva Vinberg who talked about the life of Leon Trotsky, and his significance in the Russian Revolution and Marxism as a whole. The celebration ended with a party in the evening in Masthugget. 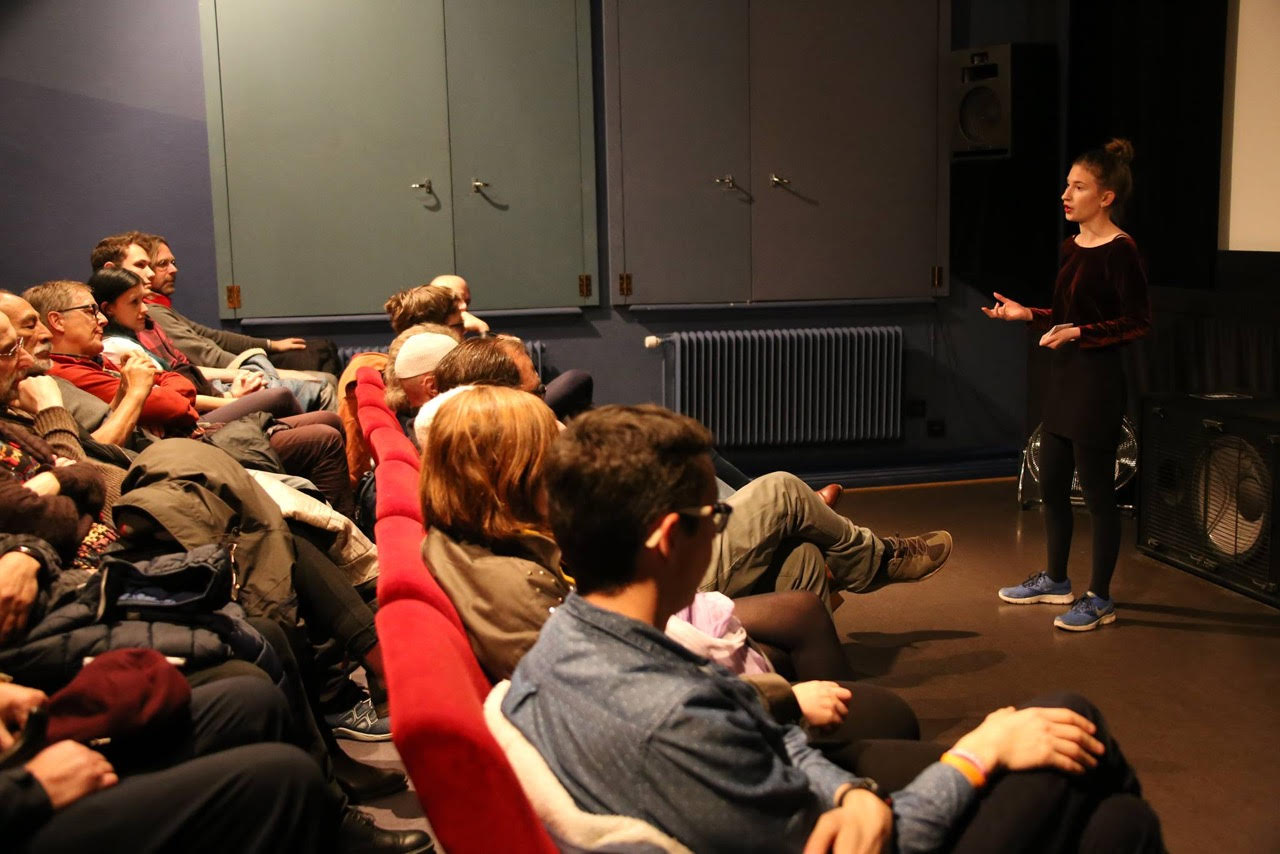 One thing to note about all the events we held around the country is the participation of especially young people, indicating the renewed interest in Bolshevik ideas in a whole section of the new generation. We have sold plenty of books and pamphlets on the topic of the Russian Revolution and of course the latest issue of Revolution, which is dedicated to the October revolution. 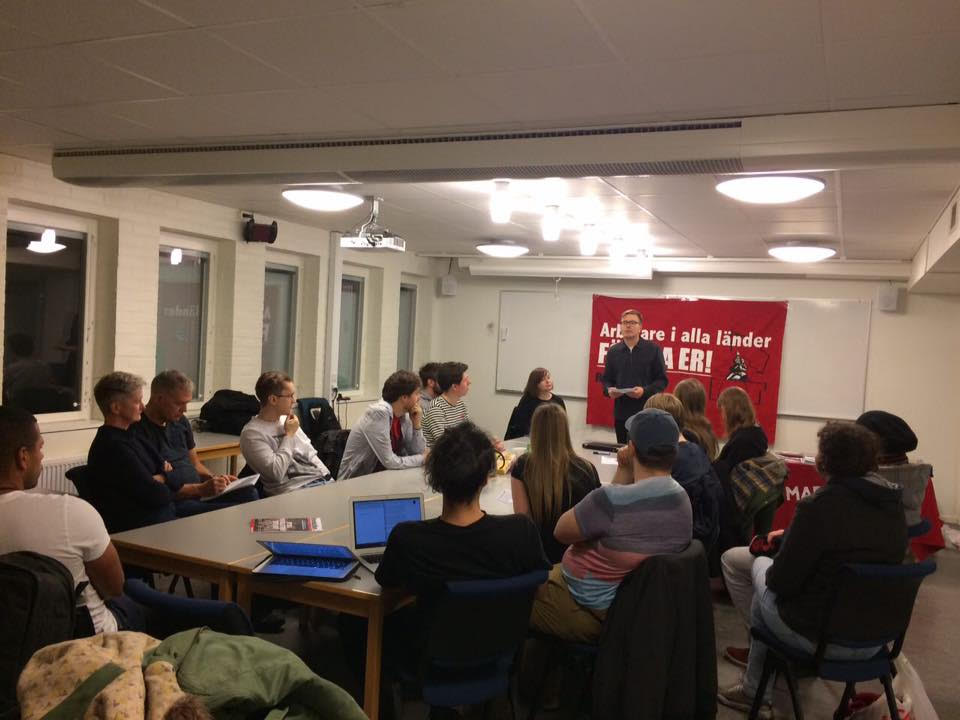