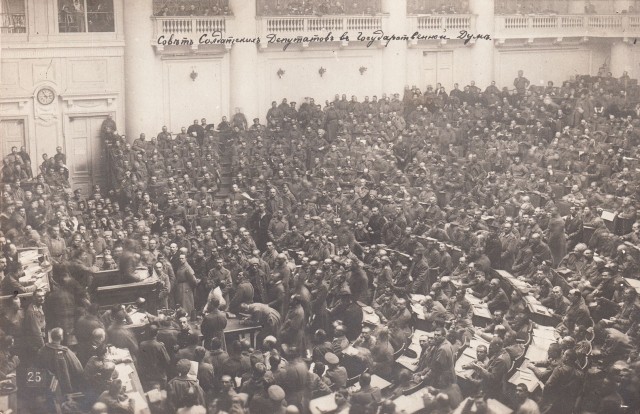 The following manifesto, written by Lenin and introduced by Anatoly Lunacharsky at the Second All-Russian Congress of Soviets in October 1917, announces the takeover of power by the Soviets, endorses the revolutionary overthrow of the Provisional Government in Petrograd; and calls on transfer of land to the peasants, bread to the cities and democratic control of production to the working class. Long live the October Revolution!

Presented to the Second All-Russia Congress of Soviets of Workers' and Soldiers' Deputies, 25 October (JC), "To Workers, Soldiers, and Peasants!"

The Second All-Russia Congress of Soviets of Workers and Soldiers' Deputies has opened. The vast majority of the Soviets are represented at the Congress. A number of delegates from the Peasants' Soviets are also present. The mandate of the compromising Central Executive Committee has terminated. Backed by the will of the vast majority of the wokers, soldiers, and peasants, backed by the victorious uprising of the wokres and the garrison which has taken place in Petrograd, the Congress takes power into its own hands.

The Soviet government will propose an immediate democratic peace to all the nations and an immediate armistice on all fronts. It will secure the transfer of the land of the landed proprietors, the crown and the monasteries to the peasant committees wihout compensation; it will protect the rights of the soldiers by introducting complete democracy in the army; it will establish workers' control over production; it will ensure the convocation of the Constituent Assembly at the time appointed; it will see to it that bread is supplied to the cities and prime necessities to the villages; it will guarantee all the nations inhabiting Russia the genuine right to self-determination.

The Congress decrees: all power in the localities shall pass to the Soviets of Workers', Soldiers' and Peasants' Deputies, which must guarantee genuine revolutionary order. 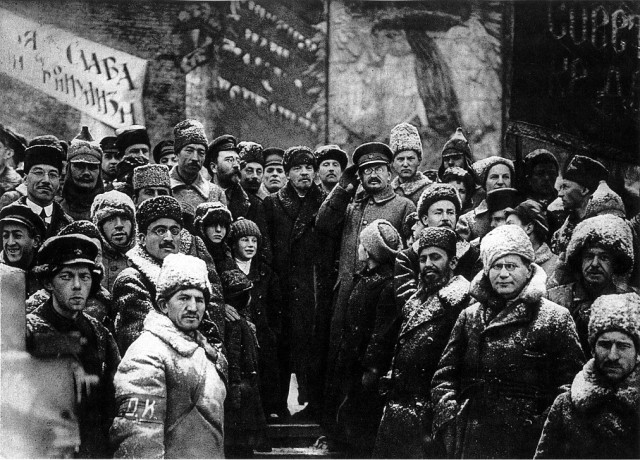 The Congress calls upon the soldiers in the trenches to be vigilant and firm. The Congress of Soviets is convinced that the revolutionary army will be able to defend the revolution against all attack of imperialism until such time as the new government succeeds in concluding a democratic peace, which it will propose directly to all peoples. The new government will do everything to fully supply the revolutionary army be means of a determined policy of requisitions and taxation of the propertied classes, and also will improve the condition of the soldiers' families.

The Kornilov men — Kerensky, Kaledin and others — are attempting to bring troops against Petrograd. Several detachments, whom Kerensky had moved by deceiving them, have come over to the side of the insurgent people.

Soldiers, actively resist Kerensky the Kornilovite! Be on your guard!

Railwaymen, hold up all troop trains dispatched by Kerensky against Petrograd!