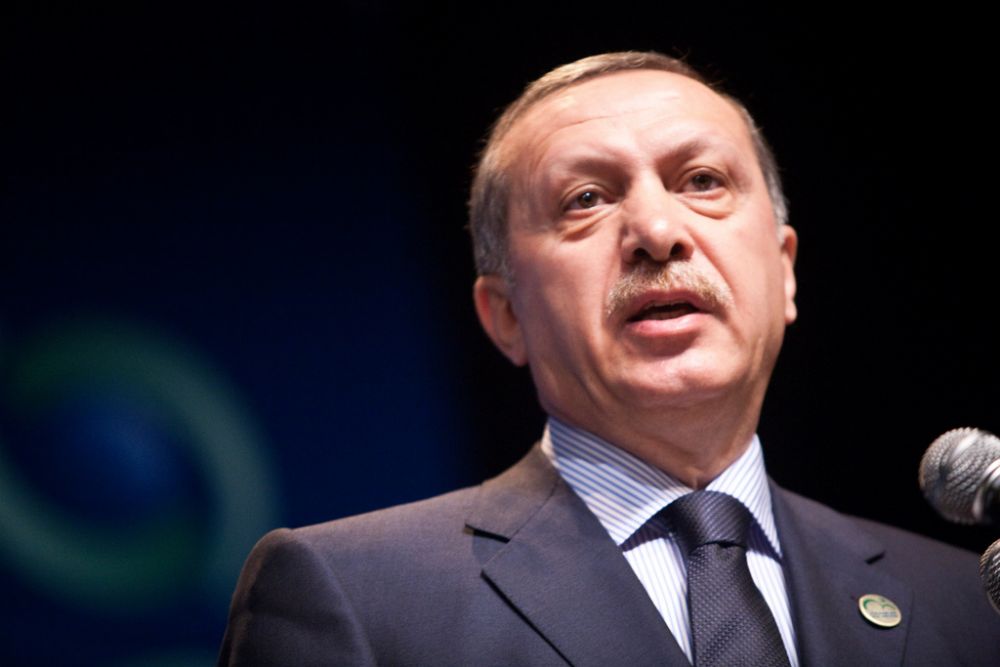 The Turkish economy has entered a state of organic instability. A sharpening political conflict with the US, which has imposed punitive tariffs on Turkish steel and aluminium imports, has caused the Turkish Lira to plummet in value. At its nadir, the currency was worth 40 percent less than in January. The ‘stabilisation’ of the currency that followed merely meant that, for the past week, dollars could be exchanged for 30 percent more Liras than before the crisis began.

The consequences for the Turkish economy have been severe. Turkey is plagued by a large current account deficit: $76bn in 2017. To pay for these imports many companies – along with the state – took out loans in dollars. But because they earn their profits in rapidly depreciating Liras their mountain of debt is rising.

The currency crisis is rapidly becoming a debt crisis, and it is not ruled out that Turkey could default on its loans. In the short term, this means price hikes for the Turkish workers. Their wages are being eaten up by inflation, which reached 15 percent even before the Lira’s recent devaluation. Should the crisis intensify, we will see a sharp rise in unemployment and an economic crisis threatening the livelihoods of the Turkish masses.

At first glance it may seem as though everything is escalating simply because two ‘strongmen’ – US President Donald Trump and his Turkish counterpart, Recep Tayyip Erdogan – are posturing, with neither of them being willing to budge. However, the crisis actually stems from the growing instability of capitalism in all countries, which reflects on world relations. 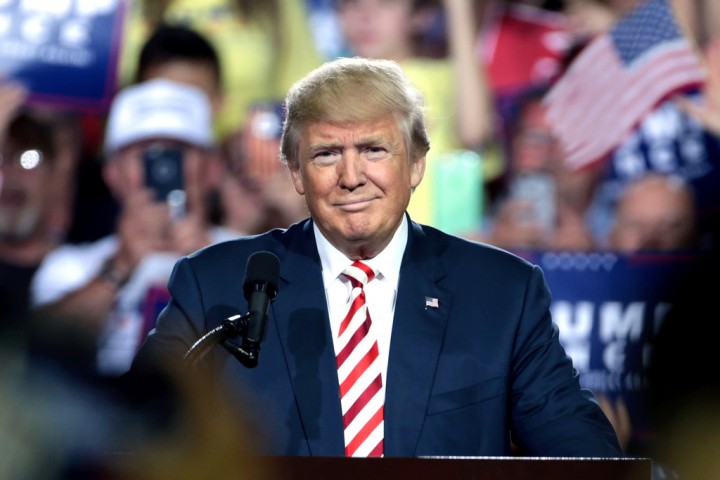 The conflict in US-Turkey relations, allegedly over a detained pastor, stems from the growing instability of capitalism in all countries / Image: Flickr, Gage Skidmore

Erdogan is attempting to place the blame for the declining Lira – and its consequences for the Turkish masses – on the US. But the truth is that the Lira was declining for a long time before the US tariff barriers. Trump is merely using this underlying weakness of the Turkish economy to put extra pressure on Erdogan.

Allegedly, the current conflict all comes down to one man being held in Turkey. Trump is demanding the release of Andrew Brunson, an American evangelical pastor, currently confined under house arrest in Turkey. Or as he put it on Twitter:

Turkey has taken advantage of the United States for many years. They are now holding our wonderful Christian Pastor, who I must now ask to represent our Country as a great patriot hostage. We will pay nothing for the release of an innocent man, but we are cutting back on Turkey!

According to Trump, Turkey should have released Brunson, at the very least because Trump helped free a Turkish citizen from Israeli captivity. However, Turkey denies the existence of such an agreement. Erdogan’s statement on the conflict was even shorter than Trump’s, but for that no clearer:

“You have a pastor too.”

The pastor in question is Fetullah Gülen, who was allegedly involved in a conspiracy behind the coup attempt in Turkey in 2016. Gülen, who is the head of the influential Gülen movement, is living in exile in the US and Erdogan wants him extradited. 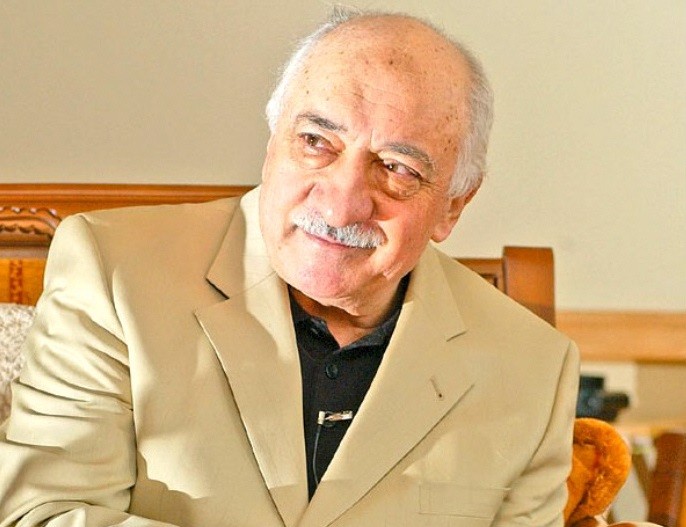 While there is something almost Medieval about two irascible leaders engaged in mutual hostage taking, the background of the conflict can be explained from the standpoint of modern economic and political dynamics.

For years, Turkey has been a faithful NATO ally of the USA, but in recent years Turkey’s interests in the Middle East have increasingly clashed with those of the US. In the final analysis, this is due to a relative weakening of the US, leaving it unable to intervene as effectively on a world stage. This is amplified by the Turkish economy’s steep growth over the last 20 years, which has inspired dreams in Erdogan’s inner circle of raising to new, imperial heights modelled on the Ottoman empire. This megalomaniacal desire is epitomised by Ankara’s opulent new presidential palace which is built along Ottoman lines.

Conflicts in US-Turkish interests find their clearest manifestation in Syria’s civil war, where US support for the Kurdish-dominated SDF militia remains a thorn in Turkey’s side. This conflict places the two ‘allies’ on opposing sides. The US has ignored Erdogan’s long-standing demand it drop support for the Kurdish militias. In fact, this support, which was originally restricted to the battle against ISIS, has been expanded and cemented through the construction of US military bases.

American influence over Kurdish militias is the US’s last real lever in the protracted proxy war it is fighting in Syria, in an attempt to counterbalance Iran and Russia. Therefore, Erdogan’s demands are bound to fall on deaf ears in Washington. This has led him to threaten, on several occasions, an invasion of the Syrian city of Manbij as a means of pressuring the US. 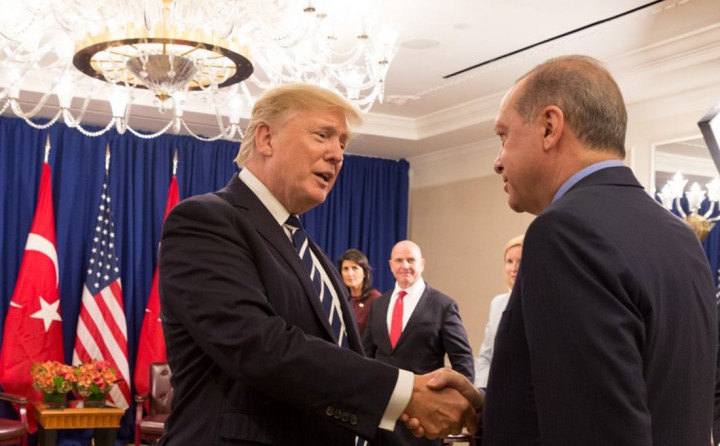 The US chose to escalate the conflict by imposing punitive tariffs, not in an attempt to save a US hostage, but to reign in its renegade ally / Image: fair use

For this reason, the foundations of the US-Turkey alliance are being undermined. In order to increase Turkey’s independence from the whims of Washington, and to put pressure on Trump, Erdogan has stepped up his efforts to reach agreements with other powers – for instance, by buying modern S-400 anti-aircraft missiles from Russia, despite Turkey being a NATO member.

The US chose to escalate the conflict by imposing punitive tariffs, not in an attempt to save a US hostage, but to reign in its renegade ally at the Bosporus. By dealing a stern blow in the midst of a difficult economic situation, Washington hopes to firmly reposition Turkey in the American sphere of influence. Nevertheless, this action signifies not strength, but a depletion of the States’ options. The direct result of these tariffs will not be Turkey’s acquiescence. Instead, Erdogan will try to manoeuvre by leaning on other actors, like Russia, China and the European Union.

Anticipating this development, the EU has been taking steps towards Erdogan. The attempt to reach an understanding with Turkey is primarily motivated by the desire to avoid further strain on the EU’s fragile banking system, seeing as especially Italian and Spanish banks operate extensively in Turkey.

Going beyond this defensive action, German capital in particular has sensed an opportunity, encouraged not least by Turkey’s decision to retaliate by increasing tariffs on US-produced automobiles. In a press conference addressing the United States’ punitive tariffs against China and Turkey, Germany’s minister of the economy lashed out against Trump, stating:

“This trade war slows down and destroys economic growth and produces new insecurity”.

He did not have to wait long for a response from Ankara. Turkey’s finance minister – and son-in-law to Erdogan himself – Berat Albayrak, promptly lauded Altmaier’s “expression of common sense”, affirming that it strengthened Turkey’s faith in Europe.

Shortly thereafter – in a ‘wholly unrelated’ development – Turkey finally granted a German journalist, indicted on charges of “supporting terrorism”, permission to leave the country. The greatest display of goodwill was offered by SPD chair Andrea Nahles, who made waves with her suggestion to help Turkey through its economic plight – regardless of political differences. Even though she came under public pressure and was forced to explain that she was not referring to financial aid, a trend is becoming apparent: European capital, first and foremost German, is trying to fill the vacuum left by the Turkish-American conflict. China and (to a certain degree) Russia are also following the same line.

It is easy for Erdogan to lay blame for the current crisis at the United States’ door, declaring that “Turkey is fighting an economic war”. However, the problems lie deeper and will not disappear if a political settlement is reached. While Turkey’s economy has grown handsomely during past decades, this growth has, particularly in recent years, been financed by credit (particularly foreign credit) and pegged to a massive real estate bubble.

Against this backdrop, Erdogan’s recent political decisions have been dictated by his desire to retain power. Intent on pre-empting the crisis, he held early elections two months ago. Hoping to stabilise his dwindling support base, he ordered, among other things, a sizeable one-off payment to pensioners. In so doing he had to take care not to take the necessary extra revenue out of the profits of Turkish capitalists. Quite the contrary, the state has shown itself more than willing to take over certain costs associated with social security. This generosity will inevitably lead to a further hike in the national debt, and as a final consequence, accelerate the economic crisis as a whole.

Even now, Erdogan is desperately attempting to stabilise an increasingly volatile situation, yet measures like curtailing speculations against the Turkish Lira, and 15bn dollars’ worth of direct investment from Qatar, simply place a sticking plaster over a festering wound. The immediate result may be a short-term stabilisation, but this will not be able to forestall the long-term trajectory towards a massive economic crash. 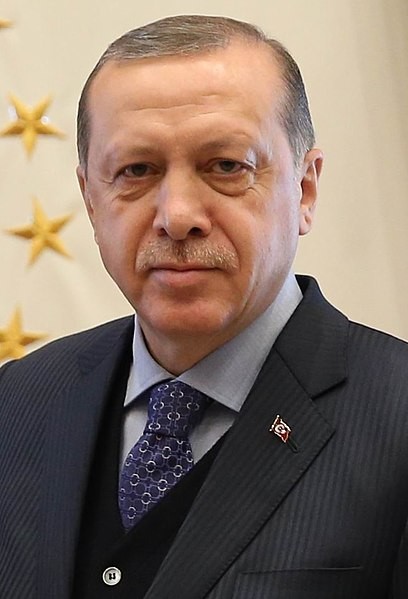 Erdogan is attempting to stabilise an increasingly volatile situation / Image: fair use

This will also mean a diminishing financial leeway for military adventures, particularly in Syria. The crisis will have deep consequences for Turkey’s defence of the Islamist-held province of Idlib. A defeat in Idlib could further escalate the crisis of the regime, which is politically heavily invested in the Syrian conflict.

Above all, economic collapse would bring all the processes that have been brewing beneath the surface in Turkey to a head. Erdogan’s robust social basis has been increasingly undermined for years. Even now, mass discontent can only be contained via increasingly dictatorial measures. The press has been brought completely to heel and there has been an extreme concentration of power in the hands of Erdogan and his innermost circle.

Millions took to the street in protest five years ago against the demolition of Gezi Park. Increasingly anxious, Erdogan’s ruling clique has been forced to more and more frequently supplement the carrot with the stick in order to avert further revolutionary mass mobilisations. So far, it has just about scraped by. However, when the masses are faced with mass unemployment, hyperinflation and total impoverishment, the thin veil of stability will be ripped off to reveal a social order rotten to the core. In this situation, the Turkish masses will see no alternative but the path of the class struggle.

We can therefore be certain that the upheavals lying ahead for Turkey will not only be economic. We will see the Turkish masses awaken and enter the scene, and above all the working class with its long and proud revolutionary tradition. Turkey is inevitably approaching a revolutionary crisis. The question ultimately posed is that of the triumph of a socialist revolution, or capitalist barbarism imposing a future of dictatorship and crisis!