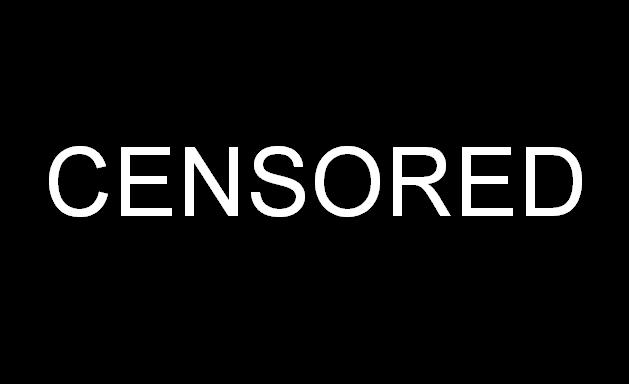 Oleksandra Koval, director of the Ukrainian Book Institute (part of the Ukrainian Ministry of Culture), has claimed that they will begin working towards withdrawing over 100 million so-called ‘propaganda’ books from public libraries in Ukraine. The books – including the works of the world-renowned writers and poets Dostoyevsky and Pushkin – may be sent to paper recycling centres according to the Minister of Culture and Information Policy, Oleksandr Tkachenko.

The first round of withdrawals, which Koval expressed a desire to complete by the end of the year, will target what she called in an interview with Interfax Ukraine, “ideologically harmful literature” published when Ukraine was a part of the Soviet Union, as well as Russian literature with so-called “anti-Ukrainian content”. The second round of withdrawals is intended to include all books published in Russia since the collapse of the Soviet Union: “they will probably be of different genres, too, including children’s books, and romance novels, and detective stories,” Koval explained.

After the disposal of such ‘harmful’ literature, Ukrainian Public and School libraries will be left with about 100 million books, or half of their current total volume, according to Koval’s estimate. But not all copies of Russian books ought to be removed, says Koval: some should be kept in university and scientific libraries, where Soviet-era children’s fairy tales and romance novels will be preserved “for specialists to study the roots of evil and totalitarianism”.

The removal of Russian books must be seen in the greater context of the ‘decommunisation’ of Ukraine. Since 2015, all communist parties and symbols have been banned, and the war has only been used to further ramp up political repression: the Zelensky regime has banned another eleven parties, and has placed all TV stations under government control.

This is not the first time in recent years Russian books have been banned by the Ukrainian government. In 2015, 38 books published in Russia were banned. More books have been added to the list since, including two books by the popular contemporary Russian detective-novel author, Boris Akunin, and a memoire of the beloved Soviet actor and musician Vladimir Vysotsky.

In 2018, the Russian language edition of ‘Stalingrad’ by British historian Antony Beevor was banned, although the ban was later lifted due to pressures from the British embassy. The reason for the ban? A passage describing the murder of 90 Jewish children by the Organisation of Ukrainian Nationalists, of which Nazi collaborator Stepan Bandera was a leading figure. 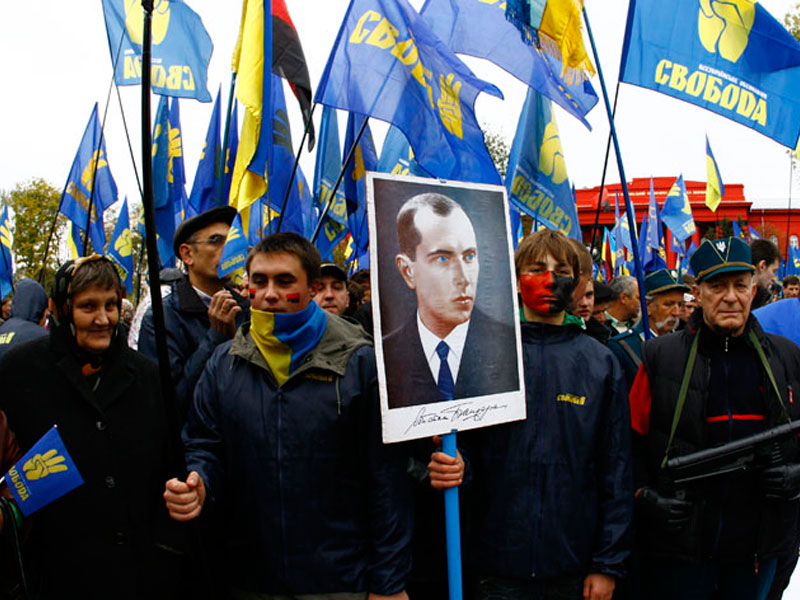 This is the same Bandera who in 2021 was honoured by the Ukrainian Institute of National Memory through inclusion in a ‘Virtual Necropolis’ commemorating important historical figures – alongside two commanders of SS battalions (Smovsky Konstantin Avdiyovych, deputy commander of the 118th Battalion of the Schutzmannschaft and Ivan Omelianovycha-Pavlenko, commander of the 109th Schutzmannschaft) who carried out pogroms against Jews! But monuments to Stepan Bandera are not limited to the virtual realm. In recent years statues have been constructed in honour of the pogromist, while statues of Lenin and Pushkin have been torn down. And in Chernihiv, a monument to the Soviet partisan and anti-fascist martyr Zoya Kosmodemyanskaya was demolished.

On 21 May, a picture was shared on social media allegedly showing the burning of Ukrainian history books, organised by Russian forces. This image was given wide circulation by the British ambassador to Ukraine, as well as the ex-prime minister of Sweden, Carl Bildt (who, among other shady dealings, has been implicated in war crimes in Sudan as a member of Lundin Group’s board of directors).

The picture was later proven by the France24 fact checking site ‘the Observers’ to have been taken during a protest in Crimea in 2010. Regarding whether the Russian forces have generally engaged in the destruction of books, the France24 article goes on to say that “Ukrainian authorities have claimed that Russian soldiers have destroyed books in the occupied areas… However, our editorial staff did not find any photos showing this destruction.”

It is hardly novel for governments to crack down on free speech in times of war. But this attack is just the latest of many attacks against the status of the Russian language in Ukraine that long precede this war. One third of Ukrainians regard Russian as their native tongue. Yet in 2017, a law was tabled stating that Ukrainian must be the language used at all levels of education, with Russian and other minority languages only recognised for instruction at pre-school and primary school levels. Before his election in 2019, Zelensky had promised to throw this law out but soon reneged on his promises. This is just a continuation of the chauvinist policies of Ukrainian governments since the 2014 Maidan coup, which have repeatedly clamped down on the democratic rights of Russian speakers, whilst glorifying historical Nazis and Nazi collaborators, and permitting fascist gangs free reign across the country for years.

This is the same government which is supposedly fighting for ‘democracy’ – a fight for which it is receiving billions of pounds worth of support from western governments. All Marxists must stand on the side of the international working class in opposition to these attacks from the Ukrainian government; in opposition to the crocodile-teared imperialists in NATO; and in opposition to Putin’s invasion. War will always bring horror, and capitalism will always bring war. The only way forward is for the workers of all countries to take power in their hands, through a socialist world revolution!