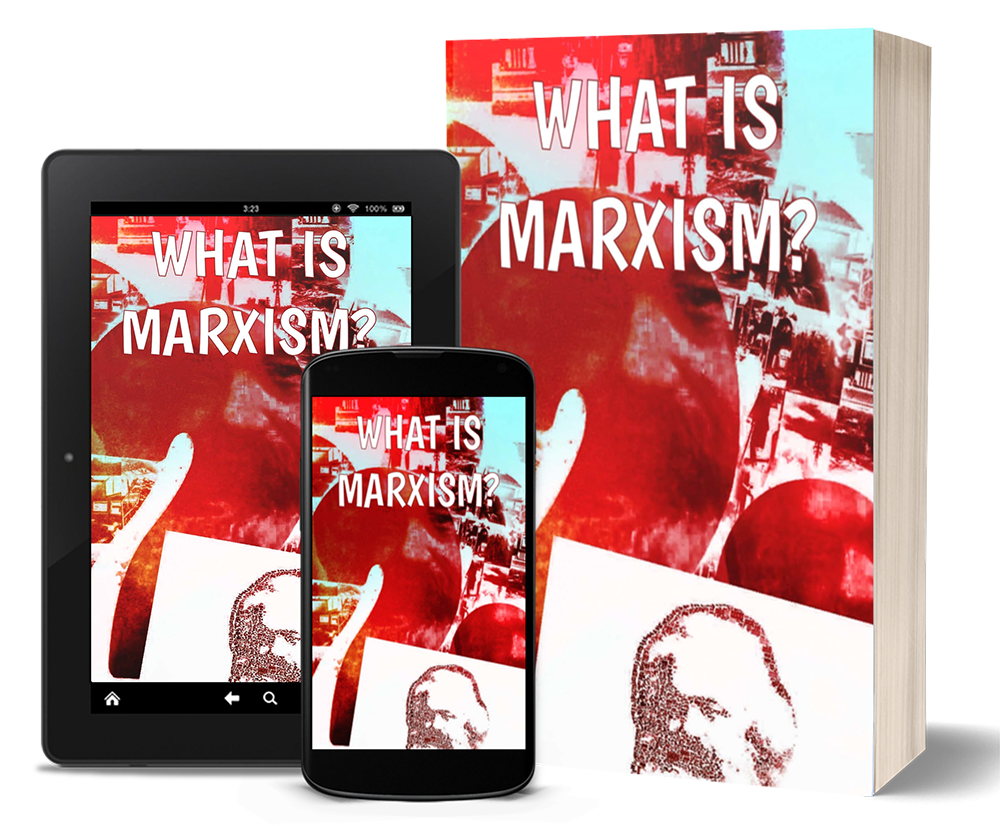 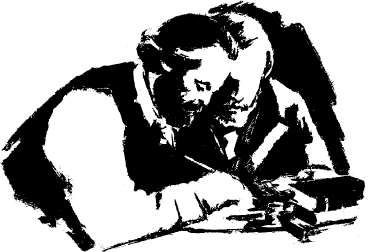 The following glossary compiles brief definitions of the central theoretical terms employed in this work’s introductory pieces on dialectical materialism; by Marx and Engels in The Communist Manifesto (historical materialism); and by Marx in Capital Volume I (Marxist economics). Many of these terms are used in various senses and with diverse shades of meaning. We hope, therefore, that the reader will both find this glossary useful and be aware of its limitations

Dialectics: The dynamic interrelations between things that give rise to a philosophical worldview which considers everything not in static isolation from anything else but in interconnected motion, as part of a developing process.

Idealism: A mode of thought which takes the subjective reality of the human mind as its starting point.

Materialism: A mode of thought which takes the objective reality of the physical world as its starting point.

Metaphysics: The sphere of concepts or objects as treated in abstraction, singularity or with isolated formulae, by the philosophical worldview which takes its name.

Negation of the negation: One of Hegel’s three laws of dialectics, which expresses the direction, form and result of a dialectical process. The law determines that the “double negation”, ie the overcoming of two prior stages, leads to the restoration of some elements of the first negated stage.

Punctuated equilibrium: The scientific theory of evolutionary development pioneered by Stephen Jay Gould, which suggests that rather than a linear process natural evolution is characterised dialectically by long periods of stability and sudden periods of massive transformation.

Transformation of quantity into quality: One of Hegel’s three laws dialectics, which corresponds to the mechanism of a dialectical process. The law posits that with a critical quantitave accumulation comes a transformative “qualitative leap”.

Unity of opposites: One of Hegel’s three laws dialectics, which explains the source of a dialectical development. The law demands that it is the coming together of two counterposing objects or forces which causes a development to take place.

Absolutism: A historical phenomenon before the advance of capitalism in which the ruling monarch had absolute sovreignty over the land that they governed. Typically associated with feudal societies.

Asiatic mode of production: The economic base of the earliest-developed human societies in Egypt, Mesopotamia, the Indus Valley, China and Persia. Whilst these societies were ruled by despots and had cities inhabited by swollen bureaucratic castes, the collective ownership of the land and emphasis on agricultural production meant that they were never able to develop the productive forces to the extent of classical civilisations to the west.

Barbarism: The name given to human societies which preceded fully-formed class structures but were more advanced than primitive communist societies.

Bonapartism: Marx’s term for the phenomenon of a historical figure standing above mutually antagonistic class forces during a revolutionary period, and balancing power between them. Named after Napoleon Bonaparte and his nephew, because of their respective roles in counter-revolutionary periods in France.

Bourgeoisie: The capitalist class which has historically revolutionised the means of production, which stands counterposed to and makes its wealth from the labour of the working class, or proletariat.

Bourgeois revolution: The historical event in which the capitalist class takes power from the feudal monarch and nobility, most notably in Holland, England and France.

Bureaucracy: Typically a caste within societies of various modes and levels of production, which has a privileged position of power and wealth by virtue of its role in the runnning of society.

Burgher: A member of the bourgeoisie within feudal society who could be assigned admininstrative roles in a city.

Capitalism: The system of production primarily for commodity exchange, in which workers exchange their labour-power for a wage.

Communism: A system of production without class antagonisms.

Feudalism: The system of production in which the lands of an absolute monarch are kept by landlords who force serfs to work their land.

Neolithic revolution: The historical period which saw a qualitative shift in human social development from nomadic hunter-gatherer societies to ones which became permanently settled on the basis of agricultural production.

Peasant: An agricultural labourer tied to the land on which they subsist in order to produce for a landlord.

Petite-bourgeoisie: A social class between the bourgeoisie and the working class, comprised of small-scale merchants and semi-autonomous peasantry.

Proletarian revolution: The historical event in which the working class of society overthrows capitalism and takes power into its hands.

Proletariat: The working class under capitalism, which sells its labour power for a wage in order to subsist.

Reform: A change in policy from the ruling class of a given economic system which doesn’t fundamentally change the system as a whole.

Reformation: A historic revolt by the nascent bourgeoisie in Germany, leading the peasantry behind them, against the feudal tyranny of the Church.

Revolution: A historical event in which masses of people actively engage in a struggle for power over the productive forces of an economy.

Serf: A peasant necessarily bound by the feudal system.

Slavery: The system of production in which the people who produce the surplus value for society are themselves commodities to be exchanged (slaves).

Socialism: A system of production which is run and planned democratically by those who produce the wealth in society and any surplus is re-invested on the basis of need.

Abstract labour: labour in its general or quantitative aspect as a producer of value, abstracted from its particular qualities as labour productive of a certain kind of use-values.

Capital: Value capable of self-expansion through the purchase and use of labour-power (a social relation) and the conse­quent production of surplus-value.

Capital accumulation: the reinvestment (or capitalization) of a portion of surplus-value in new elements of constant and variable capital, thereby increasing the scale of production; also termed ‘extended repro­duction’ and ‘concentration of capital.’

Centralisation of capital: Combination of individual capitals to form larger capitals. as in mergers and takeovers.

Collective labourer: A cooperative combi­nation of workers, e.g., made necessary by capitalism’s socialization of the labour process; under capitalism, the collective labourer includes all those agents who perform productive labour for capital including intellectual workers in the sphere of production.

Commodity: A product of human labour which is produced in order to be exchanged.

Concrete labour: Labour as work of particu­lar kind; labour as a creator of use-values; labour in its qualitative aspect.

Exchange-value: the relative proportions in which commodities ex-change for each other on the market; an expression of their value or the form in which value is mani­fested.

Fetishism of commodities: The mistaken idea that the value of a commodity is an intrinsic property of the commodity as an object; the failure to understand how exchange relations are determined by social relations.

Intensity of labour: The degree of effort expended in work; labour more intense than average creates more use-values, and hence more value than average in a given time.

Labour-power: Literally, the capacity for work; the commodity the labourer sells to the capitalist in exchange for wages; the use-value of labour-power is labour; its value is the value of the commodities com­prising the worker’s subsistence.

Labour process: The process of creating use-values; its factors include the activity of the worker, the instruments of labour, and the subject of labour.

Manufacture: That mode of production based upon a detailed division of handi­craft labour within the workplace; entails the ‘formal subjection’ (social subordina­tion) of labour to capital without funda­mentally altering the technical basis of production.

Means of production: The material factors of the labour process, including raw mate­rials, auxiliary materials, and instruments of labour.

Mode of production: literally, ‘a way of producing,’ used by Marx in several sens­es; the strongest sense is the one that com­bines forces and relations of production; each mode of production (e.g., the capital­ist mode of production) represents a com­bination of a fundamental class relation, labour process, and form of extraction of surplus labour.

Modern industry: That mode of production, specific to capitalism, which affects not only the social organization of production, but revolutionizes as well, its technical basis and, in so doing, results in the ‘real subjection’ of labour to capital.

Money: A commodity (typically, gold or other precious metal) which serves as a universal value equivalent and consequent­ly as the measure of value and the medi­um of commodity circulation.

Necessary labour: That part of the working day during which the labourer produces value equal to the value of his labour-power, value that he realizes in his wage.

Price: The expression of value in money; sometimes the actual ex-change propor­tions of commodities which may depart from their values (e.g., because of supply and demand).

Primitive accumulation: The historical process of separating the independent commodity producer from the means of production; this separation ensures the existence of wage labour and therefore is a fundamental condition of capitalist pro­duction; additionally, all accumulation from outside the capitalist mode of pro­duction may be seen as primitive accumu­lation.

Productive labour: Under capitalism, labour which produces surplus-value for capital.

Productivity (productiveness): The quantity of use-values of a particular sort produced in a certain amount of labour time; thus the value of commodities varies inversely with the average social productivity of the labour which creates them.

Relative surplus population: Working-class population in excess of the needs of capi­tal; serves to regulate wages through the supply of and demand for labour.

Relative surplus-value: Surplus-value pro­duced as a consequence of shortening necessary labour time, for example, by decreasing the value of subsistence goods

Revenue: That portion of surplus-value which the capitalist spends for his personal consumption.

Simple commodity production: The unity of the labour process and the process of cre­ating value; differentiated from capitalist production of commodities in that it is undertaken by independent commodity producers who exchange the products of their labour rather than their labour-power – the basis for the development of surplus-value, wage labour, is absent.

Simple reproduction: The expenditure of all of surplus-value as revenue so that there is no capital accumulation.

Socially necessary labour time: The average amount of labour expended in the pro­duction of a commodity under current con­ditions (including, for example, the aver­age productivity and intensity of labour).

Surplus labour: that part of the working day extending beyond necessary labour; the time during which the worker produces surplus-value for the capitalist.

Use-value: the use(s) to which a commodity may be put; its utility based upon its con­crete properties as an object.

Value: The amount of socially necessary labour time for the production of a com­modity incorporated in that commodity.

Variable capital: That portion of capital expended (in wages) for the purchase of labour-power; that part of advanced capi tal which expands its value in production.

Wage: The value of labour-power in money expressed on the surface of society as the price of labour; in real terms, the sum of commodities comprising the worker’s subsistence.