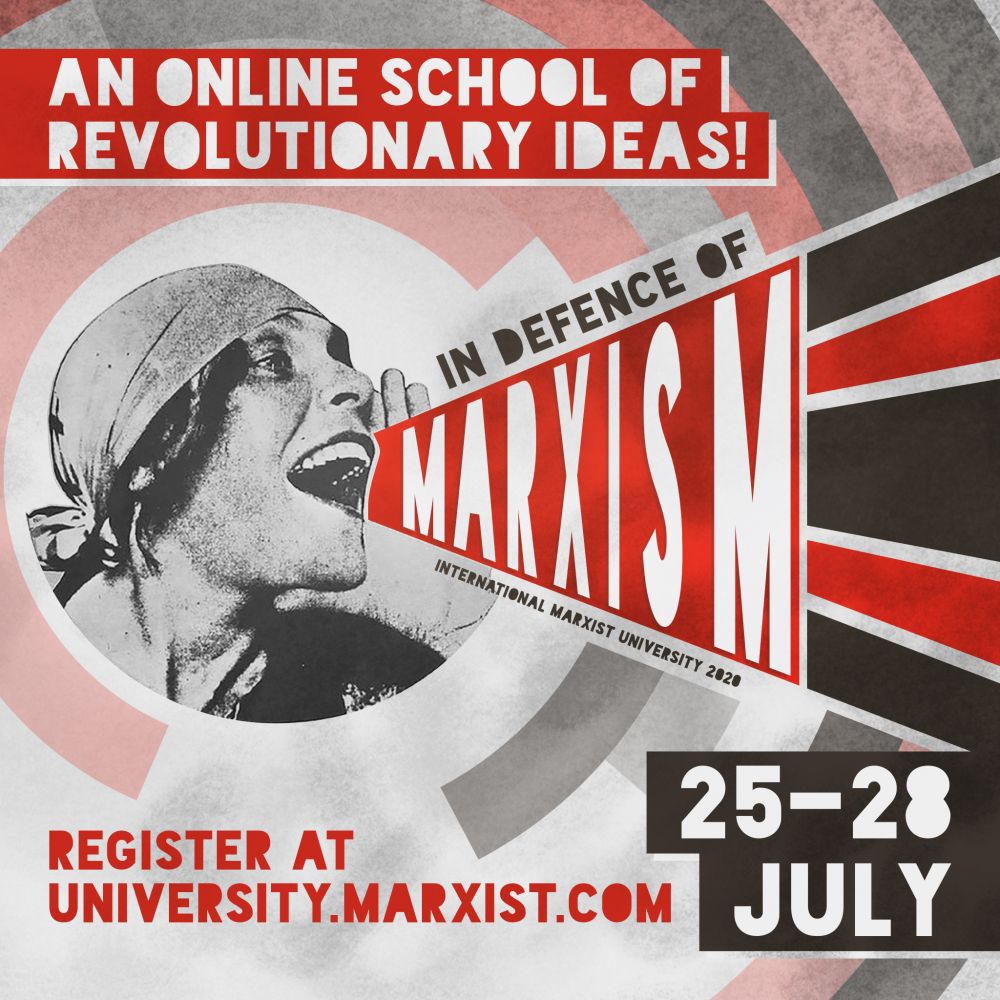 Over the past few weeks, thousands of people from over 100 different countries have registered to attend International Marxist University: the online school of revolutionary ideas. The incredible popularity of our school shows the thirst for real solutions to the rotten state of capitalist society, as well as marking a watershed for the revolutionary movement worldwide. Sign up now if you haven’t already!

At the time of writing, just over 5,000 people from 109 countries have signed up for Marxist University. We expect big contingents from Europe and North America but it is no surprise that we have received a huge number of sign ups from countries where the crisis of capitalism is especially unbearable.

For example, we have had more registrations from Pakistan and Brazil than anywhere else, which tallies with the level of poverty, injustice and seething anger in these countries. Pakistan is currently facing an unprecedented wave of state repression against left-wing activists in the face of intolerable levels of deprivation and inequality. Meanwhile, the degenerate, reactionary Bolsonaro administration in Brazil effectively left people to fend for themselves during the ongoing COVID-19 pandemic, which has resulted in a huge number of deaths and infections, particularly in poor neighbourhoods.

Indeed, the coronavirus emergency has exposed the rottenness in capitalist society as never before. It is no accident that we named our discussion on world perspectives ‘A World On Fire’. This public health disaster was a spark that ignited an economic and social crisis that was years in the making. Revolutionary perspectives are on the horizon. Millions of people are questioning the system and looking for a way out, which only the ideas of Marxism can provide.

Workers of the world unite for Marxist University!

Our school has been well received in every corner of the globe! We have had an excellent response from India, Bangladesh, Indonesia and Russia; a great showing from the African continent (particularly South Africa and Nigeria); and hundreds of sign ups from Latin America and the Middle East. We will also be welcoming attendees from China, Taiwan, Japan, Singapore, the Phillipines and many more!

This school is one of the largest events held by the organised Trotskyist movement in recent memory. This is proof that the genuine ideas and traditions of Marxism and Bolshevism are on the rise everywhere. It is an extremely encouraging sign that the workers and youth of the world are not prepared to take the exploitation and oppression of crisis-ridden capitalism lying down. Instead, they are arming themselves with the ideas to change the world.

There’s still time to register for Marxist University if you haven't yet! Please check out our timetable of events, and get ready to participate in the world’s biggest and best online Marxist school!