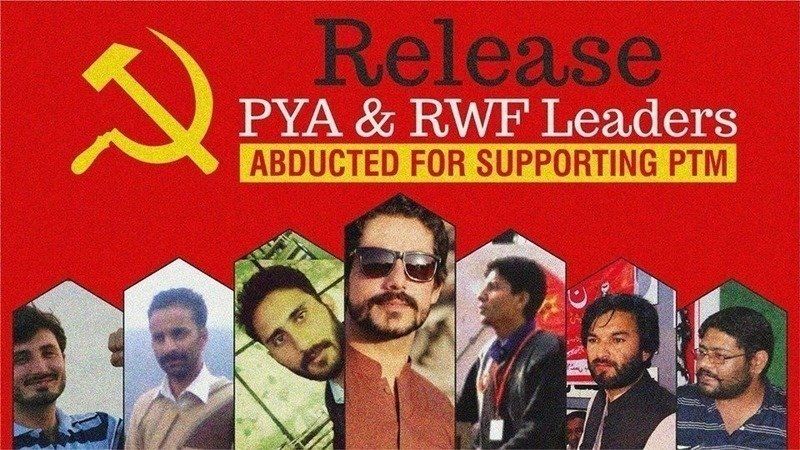 The seven socialist activists abducted by the Rangers in Pakistan are still being held. Their whereabouts remain unknown. All possible measures are being taken to locate them. As yet, no charges have been made and the reason is that no crime has been committed. They have been abducted because of their solidarity activities with the Pashtun Tahafuz Movement (PTM): a mass movement of immense proportions of the Pashtun people, who are demanding to know where the 30,000 people who have disappeared over recent years are, whether they are being held in prison or whether they have been killed.

The Rangers are known for their brutal methods and the lives of these comrades are therefore at risk. The only defence the seven have is the maximum pressure from the labour movement and student organisations around the world and in Pakistan itself. Our campaign has been building up and we are receiving important messages of support and solidarity from Brazil to Canada, from Spain to Austria and many other parts of the world. In Pakistan the leadership of the PTM have issued a statement calling for the release of the seven today, otherwise they will issue a mass appeal for strike action (below).

We will provide an update on all this tomorrow. In the meantime, please continue raising this in all countries, in your trade union, party branch, student unions and youth groups. We will not stop until all seven are released.