Even as it enjoys a new wave of growth and prosperity, Canadian airline giant Air Canada has launched another in a series of attacks on its workers. Breaking a promise made earlier this year, the company announced that it will dramatically increase executive compensation, while simultaneously refusing to negotiate with pilots, flight attendants, and maintenance workers who have borne the brunt of Air Canada's supposed financial difficulties. 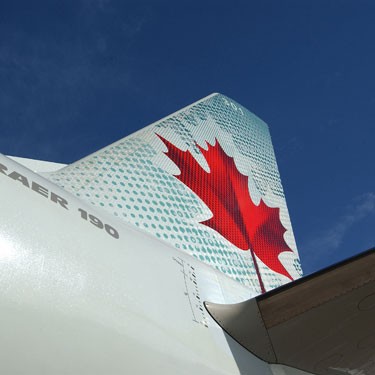 Last year, amid warnings of a possible bankruptcy, Air Canada negotiated a deal with its employees that froze wages for 21 months and unfavourably restructured pensions. The severity of this attack was mitigated by an agreement that senior executives would receive a similar freeze in earnings. On 27th May of this year, however, Air Canada decided that the agreement no longer concerned them and announced that executive incentives would be effectively quadrupled. Air Canada shareholders accepted this new policy with a characteristic indifference to the fervent opposition of the workers.

With no trace of embarrassment, airline president and CEO Calvin Rovinescu declared that only the amount of shares available would be changed, while declining to clarify what possible use those shares could have while remaining “available.” He was all too happy, however, to point out the necessity of having proper incentives for executives. “We are looking for ways of not only recognizing talent,” he emphasized, “but rewarding it, highlighting it, and putting it on a pedestal.”

Meanwhile, he also assured us, “Increasing wages doesn't give you a recipe that you're going to necessarily have a better quality of service.” The lesson here is that executive compensation occupies a sphere somehow distinct from wages, in that it is simultaneously more effective and more exclusive. The company has said that it needs these shares “to attract, retain, and motivate employees in key positions,” yet this practice is apparently not attractive enough to extend to the rank-and-file workers who actually run Air Canada.

While executive compensation is in line to increase with company profits, Air Canada continues to hold out against its employees, in a stark contrast to its benevolent generosity towards its bosses. Robert Milton, the CEO of Air Canada's parent company, ACE Aviation, received almost $15-million in 2009, which included salary, incentives, and a severance package. Milton's severance package, and those of two of his co-workers, was awarded even though he did not leave the company. Overall, the five main executives of ACE received $13.1-million more than in 2008.

News of this angered many Air Canada employees, who have been on edge since the company began asking for sacrifices. “If you’re asking employees to tighten their belts at the same time as these obscene payouts,” said the president of the Air Canada Pilot's Association, “then that is not leading by example and does not motivate us or make us feel very good.” Indeed, it is hard to feel good, let alone very good, when it turns out that all your sacrifices were in vain. It is impossible to feel motivated to work in an environment that routinely undercuts your livelihood. It is for this reason that there is lingering resentment over the formation of ACE, which occurred in 2004 following Air Canada's escape from bankruptcy. The airline's survival in 2004 was due to severe concessions made by the workers, yet it subsequently dissolved into various smaller businesses, ACE being one of them.

And while the workers have been asked to keep quiet and continue to bear the company's financial load, Air Canada continues to expand and invest. On 4th June, they announced a new partnership deal with Northern Airlines. Less than a week later, they secured over $170-million in loans to buy 16 new planes. The next day they, announced new daily flights to Brussels. This is while the airline claims that it is trying to cut costs by $400-million, in order to achieve “stability”. For a company in such financial trouble, they are spending quite a bit of money.

Indeed, “costs” for the Air Canada executives do not include their own benefits, nor do they include purchasing machines or lucrative deals. The $400-million that is going to be “saved” looks as though it will come from the workers’ pockets. And although Air Canada continues to declare its own poverty, the facts do not show this. While profits have fallen as a result of a decrease in the number of passengers, this has abated somewhat of late. “This is the sixth consecutive month in which we have reported a monthly traffic increase year-over-year on a consolidated basis," Rovinescu informs us. It is clear that Air Canada has money to spare, which it has largely allocated to a few individuals. All the while, employees struggle through rising costs of consumer goods with frozen pensions and truncated salaries, while the executives and shareholders refuse any sacrifices from their end.

Meanwhile, Air Canada's long-lost cousin, Jazz Airlines, is involved in a heated struggle with its workers. The company's pilots, backed by the flight attendants, are demanding “improved pensions and allowances,” which have been frozen since Jazz emerged from the wreckage of Air Canada in 2004, and “modest salary increases.” On 27th May, faced with unyielding opposition from the executives for over a year, the union overwhelmingly voted in favour of a strike, which can take place any time after 12th June. The flight attendants’ union has also voted to strike unless their demands for increased wages and improved working conditions are met.

These are not isolated phenomena. Across the continent, airline companies are trying to push through, or maintain, severe cuts for their workers. Pilots from Spirit Airlines have stated that they are planning a strike in the coming days, and labour talks at AirTran Airways are becoming increasingly tense. In the United States, unions representing over 100,000 workers are currently negotiating for a change from the bankruptcy contracts they have been dealing with for the last few years. And, workers are starting to see that their fight is not theirs to fight alone. Pilots representing over a dozen airlines joined the Spirit picket lines on June 11, even though Spirit's 500 pilots represent less than one per cent of the Air Line Pilot's Association.

These attacks may serve the capitalist class in the short term, but they will become their downfall. A consciousness is developing amongst the workers as they feel the suffering of other workers to be their own. It starts small, as we have seen. The flight attendants back up the pilots, and visa versa. And then it grows. The workers realize that their fight is the same fight, and that their interests are the same interests. Half leading, half dragged, the capitalists across the world are declaring war on the workers. Yet with each blow that falls, the workers rise, not fall. And with each new step they take, they see all the more clearly what the future offers them.