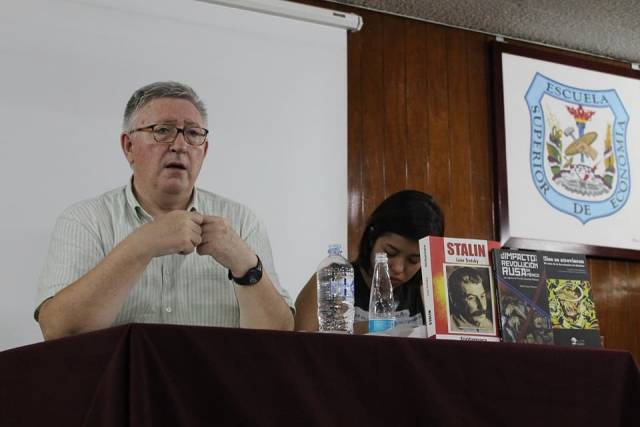 On Thursday, November 9, with more than 100 people present, in a crowded auditorium, the public speech by Alan Woods, leader of the International Marxist Tendency, began at the Higher School of Economics of the Polytechnic in Mexico City.

Such was the interest of the young people, professors and workers who came from outside, that the capacity of the auditorium was completely insufficient. It was so crowded that many had to sit on the stairs, stay at the doors or could not enter the meeting at all. The subject was: What did the Russian revolution achieve and why did it degenerate? The meeting was part of the commemorations of the centenary of the Russian Revolution.

It is fundamental for the youth to debate these events. It is normal to hear in the school classrooms and universities only lies on these questions, the most well-known of which is that socialism cannot work and that this was demonstrated when so-called “real socialism” fell, etc. As a result of this superficial and tendentious analysis, it is said that it is not worth trying to carry out revolutions, which only bring misfortunes for the people, but better to settle for the status quo and if there is anything to fight for, it should be done within the margins of capitalism. 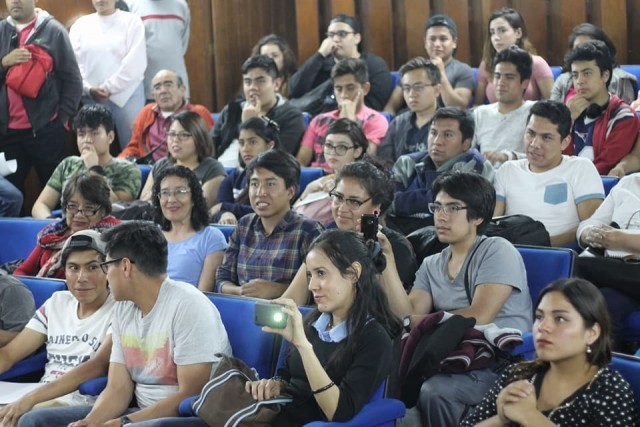 It is for this reason that the International Marxist Tendency in Mexico, La Izquierda Socialista (The Socialist Left), took upon itself the task of celebrating the centenary of the Russian Revolution, explaining in depth what it meant and how it transformed the lives of millions of men and women.

Alan Woods began his speech attacking the campaign of falsification and lies against the October Revolution:

“We are celebrating the anniversary of the October Revolution in our own way and the enemies of socialism in theirs. Behind this avalanche of falsifications there is hatred, class hatred, which should surprise us. But behind this hatred there is also fear, fear of revolution.”

Alan continued by pointing out that the bourgeoisie has also falsified and slandered the great revolutions of the past, such as the French Revolution and the English Revolution. We have to make ours the flag of the October Revolution.

Some of the worst detractors of the October Revolution are Russians. He explained how many who yesterday praised and lauded Stalin and Stalinism, now have no problem spitting on the Bolshevik Revolution. 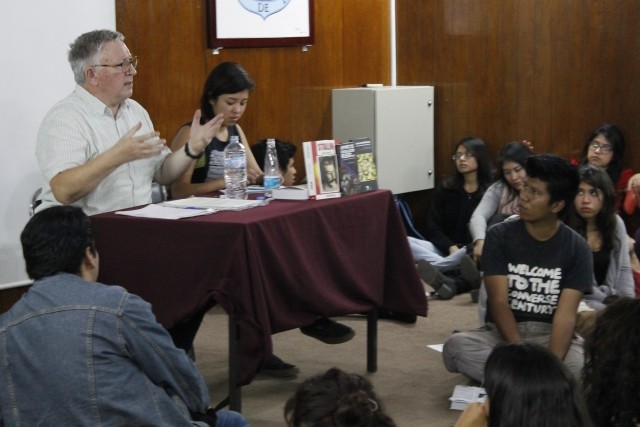 Alan commented that the intention is to scare the youth so that they do not take the revolutionary path: “The October Revolution is accused of being a violent act, when in reality there was very little violence; it was a relatively peaceful revolution, at least in Petrograd. The reason is that ninety percent of the tasks of the insurrection had already been fulfilled in the previous nine months through the propaganda and agitation work that allowed the Bolsheviks to win the decisive majority not only of the workers, but also of the soldiers”. 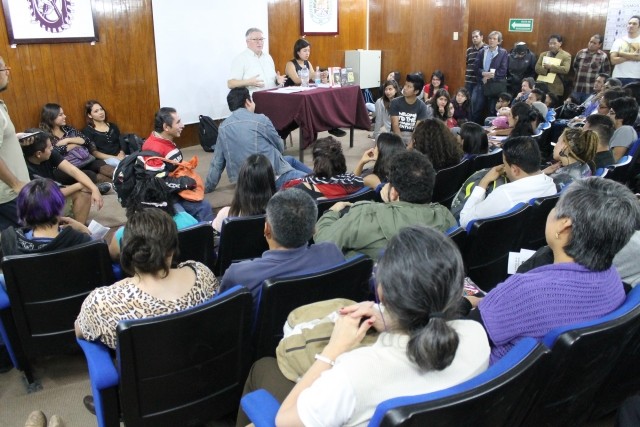 Alan continued: “There are those who say that it would have been better if the Bolsheviks had not taken power. But had they not done so, we would not have had a bourgeois democracy, but Russian fascism”.

Throughout his presentation, Alan Woods tore down the mountain of lies that claim that Bolshevism and Stalinism are the same thing. He explained the objective causes of the bureaucratic degeneration and showed those present that for Marxists socialism is not just a good idea. Marx explained that socialism needs a material base in the development of the productive forces and culture.

The Russian workers were exhausted after years of world war, civil war and imperialist intervention. Russia was a country immersed in deep cultural and economic backwardness. The conditions for the construction of socialism in Russia were absent.

The Bolsheviks seized power with the prospect of an international revolution, especially in Germany where the material conditions to begin socialist construction were present. But the defeat of the international revolution, particularly in Germany, where the Social Democracy betrayed the workers and handed power back to the bourgeoisie, represented a death blow. This led to the isolation of the Russian revolution in conditions of terrible backwardness that was the real basis of the rise of the Stalinist bureaucracy. Alan explained that what fell in the USSR was a bureaucratic and totalitarian caricature of socialism.

When Alan finished his intervention, he received huge applause. 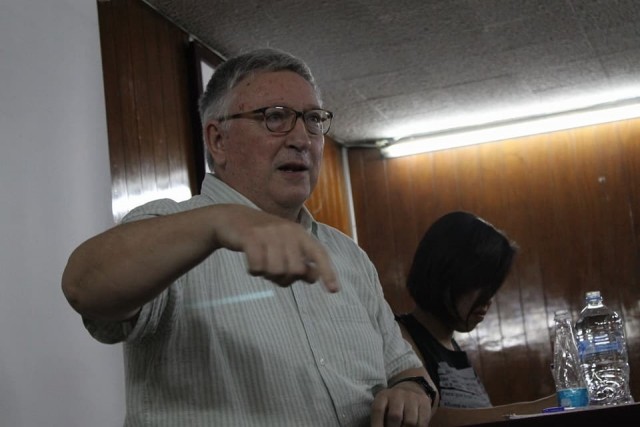 This was followed by a round of questions, all very interesting. Some dealt with the issue of the Stalinist bureaucracy, others about the effects of a possible socialist revolution in Mexico. Others asked about what he thought of the “new” ideas on the left, the originality of the “new” thinkers and about the contradictions in the Venezuelan revolution.

In his response, Alan began to expand on the achievements of the October Revolution, especially in the struggle for the emancipation of women. He then criticized those who dismiss Marxism as “outdated”: “If someone presents me with a new system of ideas and shows me that it is superior to Marxism, I commit myself to accept it. But there simply is not; there are no such ideas superior to Marxism. The ‘new ideas’ are really pre-Marxist ideas that Marxism already refuted a long time ago.”

Alan Woods ended by appealing to the youth to organize and to fight for a new Mexican revolution, which will have to be socialist. This is the only way out for the youth and the working class. 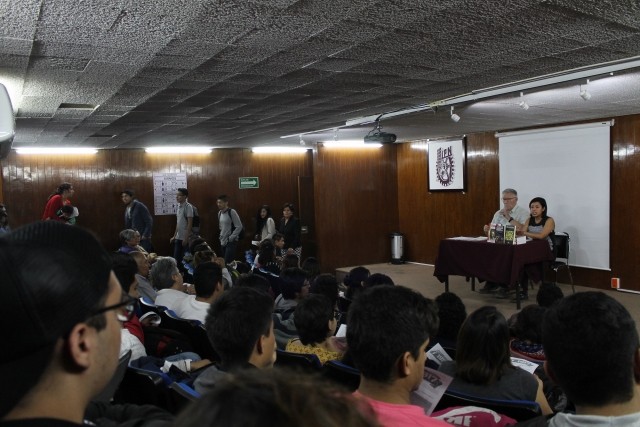 All those present, including the professors who attended the event, showed great enthusiasm for the ideas defended by comrade Alan Woods. An important amount of Marxist literature was sold and many addresses of people interested in the ideas of the International Marxist Tendency were collected.