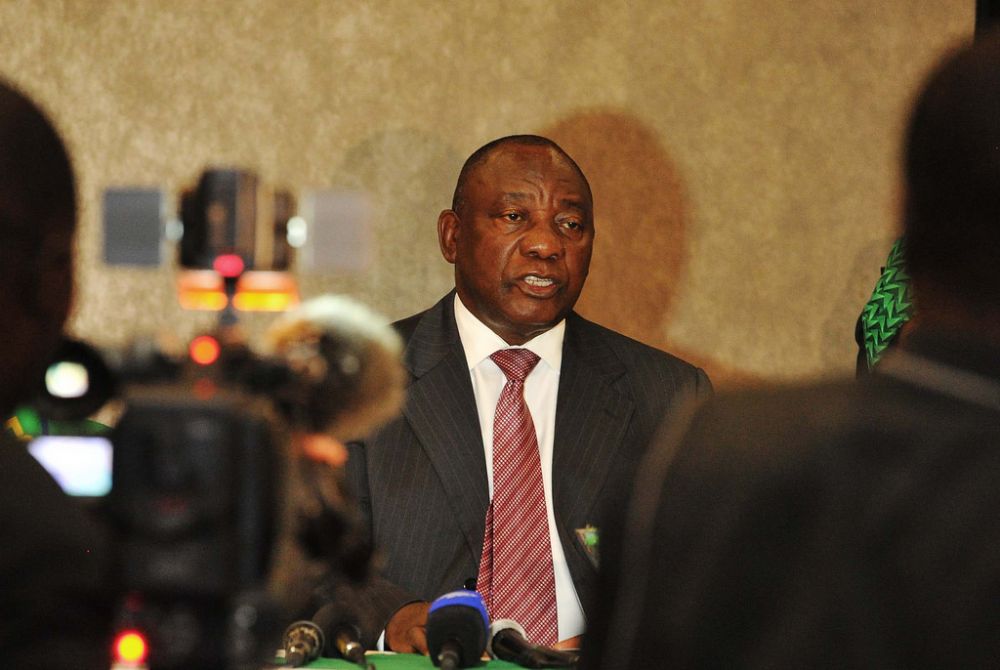 The factional fights in the ANC have left its 54th National conference in deadlock. It confirmed what we have known all along – that the organisation is in terminal crisis. It also revealed that the ANC is divided straight down the middle. In the end the leadership tried to come to some sort of agreement. But the effect of this has only led to paralysis. The process could end up in court with the ANC even weaker as a result.

The day before the conference was due to start the party was hit by three separate court judgements, which excluded the executive committees of the Free State and Kwazulu-Natal provinces as well branches from the Bojanala region in the North-West province from participating in the conference over various organisational matters. This was a huge blow tor Nkosazana Dlamini-Zuma. The markets rallied on the back of the judgements, which favoured the big bourgeois faction of Ramaphosa. 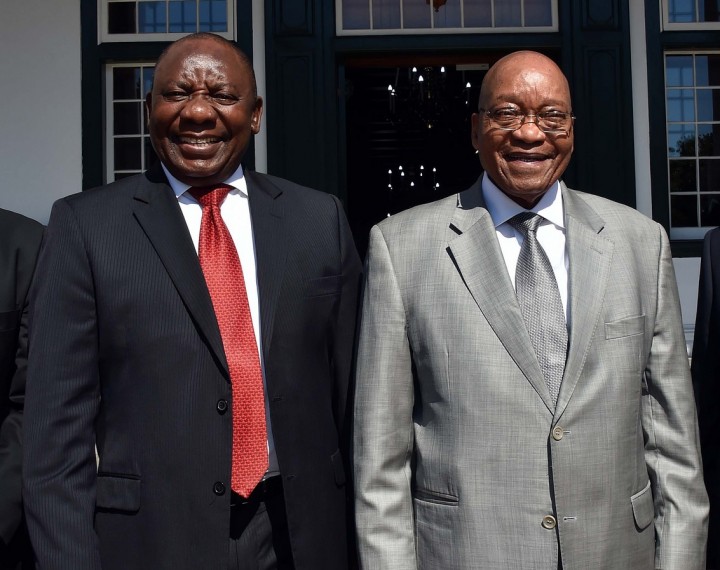 These court cases had an immediate impact on the conference. On Saturday, the opening was delayed by more than seven hours after the National Executive Committee held an emergency meeting to discuss the issue. In the end it decided to comply with the court judgments and exclude those who were affected from voting at the conference. This led to massive delays, uncertainty, speculations, rumour-mongering and huge time overruns. The elections of the ‘top six’ officials was delayed by more than 24 hours. In the end the conference went into the early hours of an extra day, ending after 3 o’clock in the morning on 21 December. These administrative issues are a reflection of how the political crisis expresses itself in organisational matters.

It is clear from the outcome of the elections of officials that the result was a compromise between the two factions. The composition of the ‘top six’ officials reflects this, with three members from each faction: Ramaphosa, Mantashe and Mashatile on the one side and Mabuza, Magashule and Duarte on the other.

The reason for the compromise (in the name of ‘unity’) was clearly to avoid a split. As the conference went along it became apparent that the balance of forces was very even, as shown by the narrow margins between the candidates: Ramaphosa was voted as ANC president with 2440 votes to Nkosazana Dlamini-Zuma’s 2261 – a mere 179-vote difference. The results of the top six are as follows:

The stalemate is also reflected in the composition of the 80-member NEC, which is also split down the middle with a slight edge to the Zuma faction. Predicting this possibility before the conference, we said the following:

“It is still possible, however, that the two sides could strike some sort of deal at some stage but this would solve nothing fundamental, as the deep economic crisis and the rising anger within society would soon undermine such a deal. In any event, the period after the Nasrec conference will be turbulent. Just like the Polokwane conference ten years ago, the effects of the Nasrec conference will be felt for years.”

In the end, this is exactly what has happened. The compromise has only succeeded in creating paralysis and has sown the seeds for further turmoil. With the top six and the NEC split down the middle, the party will find it nearly impossible to implement its programme. In addition to this, the compromise has led to the inclusion of the most reactionary elements of the party into its leading bodies. This is a huge victory for some of the party’s most powerful and reactionary barons of the rural provinces. This shows where the support base of the party now lies.

The two immediate examples of these elements are David Mabuza and Ace Magashule. Mabuza has risen from the rural province of Mpumalanga to become a major force in the ANC. He has brought the second largest contingent of delegates to the conference and has now become the second most powerful man in the party. In Mpumalanga he has a reputation of a ruthless provincial warlord, linked to a series of scandals including being accused of complicity in the alleged murder of political opponents. 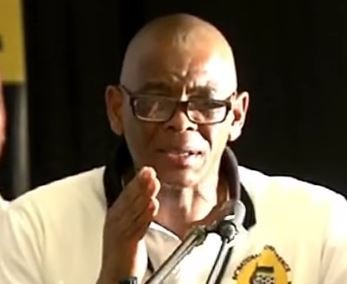 In Ace Magashule, the party has chosen one of its most reactionary and controversial people for the position of secretary-general. Under his abrasive leadership as chairperson of the Free State province for the last 23 years, he has left the provincial structure in ruins. Over the last 10 years, as a direct result of his leadership, the executive committee of the province could not send its delegates to the national conferences. Now he is the chief administrator in charge of organisational matters and the party’s bureaucracy! By manipulation of the structures he has managed to stay in office for more than 20 years. This has allowed him to rule the province as his personal fiefdom and has to get away with deep corruption.

Magashule has been embroiled in one corruption scandal after another. A recent report by the Auditor-General's office recently showed a 10 billion rand “expenditure mismanagement” under his leadership as premier of the Free State. In 2015, he used 8 million rand of public money on his residence.

Leaked emails from the corrupt Gupta family's business empire revealed how this family gave lavish gifts to Magashule’s sons and financial rewards to act as an intermediary between the Guptas and the Free State government. It was under Magashule as premier that the Guptas were given a 99-year lease of Free State land and 184 million rand of taxpayers’ money to start a bogus dairy farm, and then laundered some of this money to pay for the infamous Gupta wedding in Sun City in 2013. 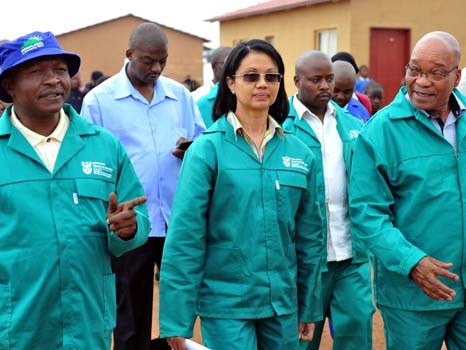 The other member of this faction, Jesse Duarte, is a staunch ally of Zuma and has used her position as deputy-secretary to oppose all attempts to pursue charges of corruption against him.

With these gangsters in its ranks, and with the NEC split down the middle, it is clear that the organisation will be incapable of doing anything. All attempts to recall Zuma as president of the country and deal with the open corruption in the state will be fiercely opposed by these people, who are deeply implicated in all these scandals. This is a recipe for deep infighting in the leading bodies.

Then there is the relationship between Ramaphosa and Zuma. As president of the party, Ramaphosa is theoretically in charge of ANC representatives and allies in the government. But in government, Zuma is the president, with Ramaphosa as his deputy. With the NEC of the ANC split down the middle and containing key Zuma allies, this could lead to paralysis in government. From this it is likely that Ramaphosa will be a lame duck party president for the next 18 months until the elections.

Zuma has outmanoeuvred Ramaphosa for the last 5 years and it seems this trend will now continue. This is not primarily a matter of the personal attributes of the two men. It is a reflection of the crisis of the system, which has paralysed the two factions. It is this context of deep crisis that best suits Zuma’s cunning character.

After the election results for the officials were announced on Monday night it became clear that the final number of votes was 68 short of the total number of accredited delegates. It then transpired that, when these 68 accredited delegates turned up to vote on Sunday night, they were told that their names were not listed on the voters’ roll. Apparently, some fake delegates tried to take their place during registration process. The fake delegates were apparently evicted subsequently and the legitimate ones reinstated but the voters’ roll was never adjusted to reflect their names. The 68 delegates were allowed to cast their ballots separately but their votes were apparently not included when the results were announced. This was also never announced to the delegates at the plenary session, leading to chaos and heated discussions.

So now there is a possibility that the whole matter could end up in court. The 68 votes could affect the position of secretary-general. Ace Magashule was declared the winner by a mere 24 votes despite having received 550 branch nominations less than former KwaZulu-Natal premier Senzo Mchunu. If this decision can be overturned the balance of the top six officials will dramatically shift towards Ramaphosa’s side. But Ramaphosa’s insistence that Mchunu’s supporters should accept the result gives credence to the idea that a deal was struck to divide the top six evenly between the factions to avoid a split. But if the 68 delegates decide to challenge the result in court, it could derail the deal and lead to chaos in the party. The party, with Ace Magashule at the helm of the administration, will work non-stop to prevent this.

So after attempts to avoid a damaging split, the ANC is now tied head-to-foot in its contradictions. The two factions have fought the whole party into paralysis. In the end this is a reflection of the impasse of South African capitalism.

The deal by two factions of the political wings of the ruling class has resulted in a deadlock. But it favours both factions in two very narrow ways. The more openly-corrupt wing with Zuma and the Guptas will benefit in the short-term, because they are not kicked out of the party and government and can therefore continue to benefit from enriching themselves from the state coffers. The big capitalists benefits from the deal because it prevents the ANC from splitting in the immediate future. However, all of this will not last. The crisis is too deep and inevitably will lead to further turmoil in the ruling class. 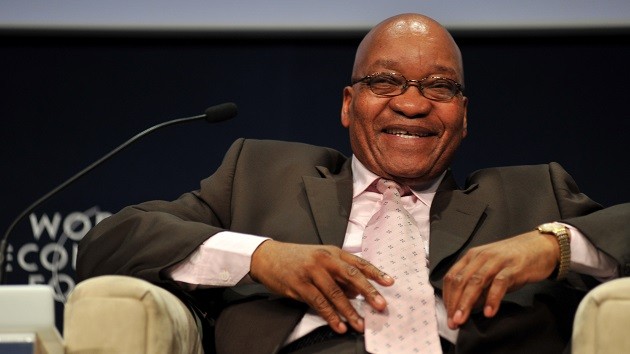 The whole promise to fight corruption will fall by the wayside. Besides, both wings and their entire capitalist system are inherently corrupt. To expect the representatives of the Guptas, MultiChoice, KPMG, McKinsey, Steinhoff and other bourgeois elements to fight against this is a pipe-dream.

Cyril Ramaphosa was elected president of the ANC, becoming the first bourgeois leader of the organisation. The workers’ problems will not be solved by the leadership of a ‘market-friendly’ billionaire who was closely implicated in the repression of the August 2012 Marikana strike, which led to the assassination of 47 miners by the security forces. He is also behind current attempts at Nedlac to make amendments to the Labour Relations Act to introduce strike ballots. He is also the architect behind the introduction the paltry 20 rand per hour minimum wage. If they come into effect, the new laws will be a serious assault on workers’ rights. They will limit the right to strike and legalise already low wages.

The working class and the poor will not benefit from this deal at the 54th conference of the ANC. Together with corruption, none of the major problems facing working class South Africans will be any closer to a solution. The behaviour of the markets is a clear indication of who is celebrating. The period ahead will be characterised by big developments. The class struggle will intensify exponentially and South African capitalism will be shaken further. The root cause of the political crisis is the capitalist system which could only be fought by uniting the working class in a struggle against all the wings of the ruling class.