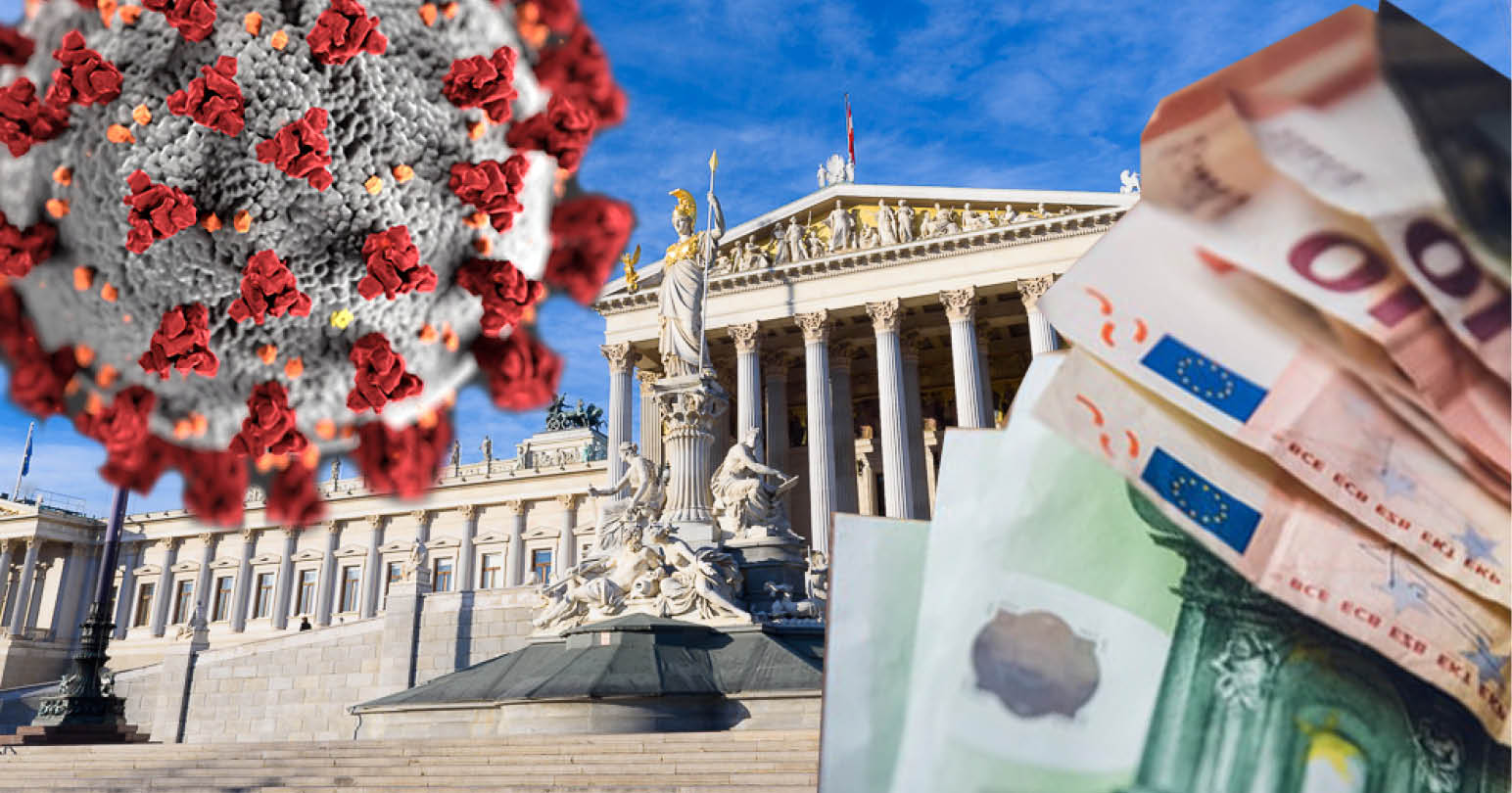 Health and safety is not the first priority of the Austrian government - despite all its solemn assertions. The government sees its primary task in ‘protecting Austria’s appeal as a business location’. This is the lesson to be drawn from the three new legislative packages that result in the revision of 85 statutes and create 7 new ones. The new sweeping laws have been passed in a split vote by a majority. Only votes against came from FPÖ and NEOS.

Read the original in German

With the new laws, the government increases the budget for the crisis management fund; the hardship fund for small and medium sized businesses and the self-employed. It also provides more money to spend on wage subsidies within the short-time work scheme (‘Kurzarbeit’) and 30 million Euros for families facing special hardships. Education Minister Faβmann (ÖVP) gains extensive authority in the education sector. Per decree, he will be able to decide on the beginning and end of the school year; determine the assessment criteria for home-schooling; and even mandate additional tuition during term breaks.

On top of that there will be 32 Million Euros in press subsidies available to private TV channels, daily and weekly newspapers. After a first count, this means a top pay of 2.7 million Euros for the ‘Kronen Zeitung’. ‘Heute’ and ‘Österreich’ come in second with just about 2 million Euros each. This 7 million Euro package highlights how dear the tabloid press is to the government and its communication strategy.

The crown-jewel of the recent decision-making is the 15 billion “Corona-Aid-Fund” for businesses that note a sales collapse of at least 40 percent. The fund covers sovereign credits (state guaranteed credits); subsidies for operating expenses as well as perishables and goods that have become worthless, such as non-marketable seasonal goods; all of which are free of repayments. Thus, the state has vowed to pay up to 75 percent of rent, electricity, and gas bills, interest costs and even a fictitious employer’s salary!

Thus, the government will cover the lion’s share of operating costs for businesses, including commercial rent. For us mere mortals, who struggle to pay their rent because they have been laid off from one day to the next, or who lost their income because they are self-employed, no such gifts are awaiting.

The farce of ‘rent control’

Those who find themselves in financial distress because of the economic crisis and cannot pay their rent from April to June due to that, have been granted a three-month rent postponement (other grounds for a contract termination stay intact). During this extension, tenancy agreements must not be terminated. But postponed is not abandoned: all back payments have to be done by 31 December 2020 – and during that time they grow bigger by 4 percent! With this generous default interest, the landlords profit from the crisis. Many people who will be struggling to make ends meet within the coming months, will be struggling still by New Year’s Eve to pay back payments and interest on top of running costs.

Tenants can also apply for a three-month postponement of evictions – unless the eviction ‘proves indispensable to ward off severe personal or economic disadvantages’ for the creditor. With this exemption private landlords are still able to turf tenants out. Tenant agreements that are about to run out can also be extended by mutual agreement, however only until the end of the year. That means tenants are at the mercy of their landlords. Where landlords decline an extension, tenants find themselves homeless. This is why SPÖ demanded longer extensions and a provision that allows the tenant to unilaterally extend the agreement for up to a year. These demands point into the right direction but are not far reaching enough. In order to prevent homelessness for good we need an indefinite eviction ban, the abolishment of fixed-term tenancy agreements, a statutory cap on rent, and the expropriation of big real estate companies.

No paid leave for health workers

Another new provision is a leave of absence for workers with relatives in risk groups on full pay. Exempted from this scheme are all workers who are able to work from home and all those whose workplace and travel for work can be furnished with sufficient safety measures to eliminate the possibility of infections with the ‘greatest possible certainty’. Thus, those of us who live with vulnerable family members are still under obligation to go to the factory as long as the minimum distance between workers and other safety measures are observed. However, in practice, keeping the minimum distance of one meter proves to be infeasible more often than not, and either way is insufficient to guarantee protection against contagion. Therefore, we demand the shutdown of all unessential workplaces (i.e. all workplaces that are not needed to maintain essential infrastructure) until infection at work can be safely ruled out! 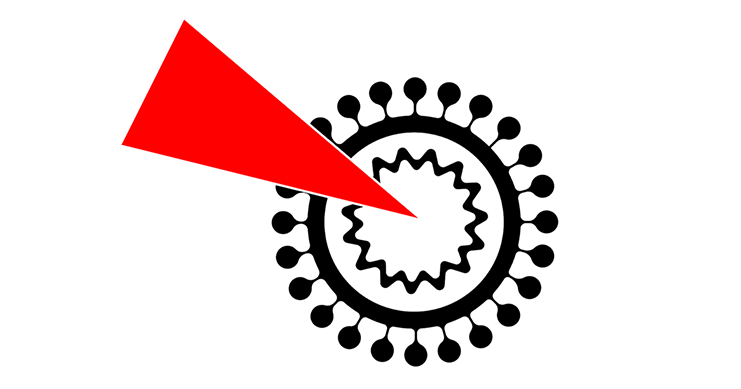 What is needed now more than ever is consistent and oppositional politics that exposes the cynical crisis management of the government / Image: Der Funke

As of yet, the definition of ‘risk group’ is completely unclear. One thing, however is clear: workers employed in critical infrastructure such as medics and nursing staff have no right of such a leave of absence, whether they are at risk themselves or not – even though they are exactly the workers who are likely to be exposed to the virus on a daily basis! The constitutional solicitor Heinz Mayer declared this exemption as ‘plainly unconstitutional’ and ‘disproportionate’. Older workers as well as those with pre-existing conditions have to be able to stay at home and keep themselves safe – no matter where they work! The government can sing as many songs of praise for the health workers, as loudly as they want – the blanket exemption of health workers from that scheme screams of the government’s disregard for the health and safety of frontline workers.

Although their proposals and motions were rejected, the SPÖ voted in favour of the legislative package in its entirety. FPÖ and NEOS voted against it. The required two-thirds majority in the Nationalrat (lower house of parliament) was only possible because of a last-minute ‘motion of resolution’ brought forward jointly by ÖVP, Greens and SPÖ. In it the three parties express the non-committal wish that someone back up the public employment service (AMS) with up to 500 new jobs; that someone provide an interest free moratorium on taxes, national insurance and energy bills until the end of the year and that someone make sure that the claiming period for unemployment benefits will not be shortened due to the Corona crisis. A motion of resolution is a mere statement of intent without any implementing mechanism whatsoever. Thus, whether the three wishes will materialise is completely up in the air. Nevertheless, SPÖ gave its votes to the government’s legislative package.

All of the SPÖ proposals have been rejected – just as 30 other SPÖ proposals before. The SPÖ proposed for example, immediate public access to the federal gardens; the extension of the hardship fund to all businesses; the protection of all council services beyond the coronavirus crisis; and a package of measures to lessen the social and economic impacts of the crisis. One such measure would have been an aid fund for all those workers who neither can go on short-time work nor qualify for unemployment such as casual staff, artists, single parents and carers.

Another rejected proposal called for a raise of unemployment payments from 55 percent to 70 percent of the last salary. By now 500,000 people have registered as unemployed in Austria – those numbers are the highest since 1946. Between 15-31 March alone 194,000 people lost their jobs. In the best case scenario all those people have to make ends meet now with half of their previous income.

The SPÖ also demanded price caps to prevent extortion and crisis profits. Businesses exploit the emergency and charge excessive prices for sanitary products such as sanitisers and soap; medicines; personal protective equipment and staple food. Again, this proposal was rejected.

The ruling parties steamrolled their legal packages through parliament with the support of the SPÖ – despite the fact all of the SPÖ proposals have been rejected. The SPÖ party leadership has demonstrated its self-image as a party of national unity. It gives in to government bench’s pressure; portrays Pamela Rendi-Wagner, as best as a possible crisis manager in the health ministry and continues to support the call for national unity, because it does see no alternative to the grand coalition.

What is needed instead, now more than ever, is consistent and oppositional politics that exposes the cynical crisis management of the government that prioritises liquidity protection of businesses over the health and social security of people.

“We want to allow as much economic life as possible”, said vice chancellor Kogler in a press conference on Friday 3 April. This is because, Kogler continues, “We want to keep the blood circulation of the economy flowing.” The SPÖ agrees that the economy must return to business as usual “as soon as we have half-decent control over the virus.” Today, the government published its plan for the “slow boot up” of the economy. It envisions the reopening of small businesses with a retail space of up to 400m² as well as hardware and garden stores by 14 April. By 1 May, all businesses, shopping centres, and hairdressers are to open. All other services, the hospitality industry and hotels are to open gradually mid-May. But, while people are allowed to crowd and mingle in shopping malls and pubs, demonstrations continue to be banned – even with a safety distance. The ban on all events will last until mid-June! The lesson to take from this? The safety of the system is more important than the safety of human beings.