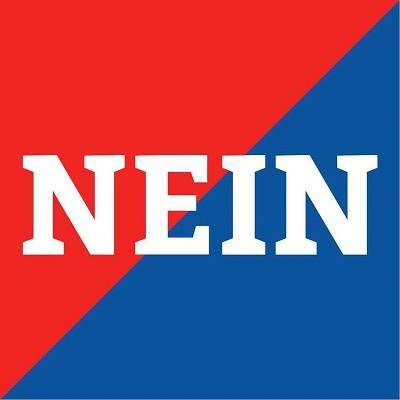 In Austria parties are usually referred to by their colours. The so-called “red-blue coalition” in the Austrian state of Burgenland a coalition of the social democratic SPÖ with the racist, populist, neoliberal FPÖ  has sent shock waves through the political landscape of the country. How could this happen and what can we do about it?

It is nothing less than a political earthquake: after the election, the SPÖ state presidium enabled the Burgenlander party leader Hans Niessl to undertake negotiations for a coalition with all parties, including the FPÖ. This was a unanimous decision, supported by the Burgenlander Socialist Youth leader Kilian Brandstätter. This tactical move had been prepared for by a vote of all party members prior to the elections. Accordingly, events have moved quickly after the elections: within a few days Niessl, accompanied by local FPÖ leader Tschürtz, stepped in front of the cameras and announced that there would be a coalition. The Süddeutsche Zeitung, being a German paper and hence not bound to “neutrality” towards Austrian politics, commented: “This is a taboo. As of yet we can't be sure if the motive is merely stupidity and desperation, or a deeper strategy.”

It is, in fact, a combination of all three, as the strategy reveals clearer than anything else the historical dilemma of the SPÖ bureaucracy. They are cutting the branch that they sit on. Not a single voice within the state party presidium was heard to oppose the coalition. The Burgenlander SPÖ bureaucracy is happy to sacrifice its anti-fascist principles on the altar of power. This is ideologically justified in hindsight with phrases such as, “you can't exclude anyone in a democracy,” or, “once they're in power, they'll be exposed.”

It is the last argument which is being employed most obstinately. We have to be clear however: The SPÖ's weakness is not explained by the FPÖ's strength, but by the politics of the federal government and the state governments within which the SPÖ is participating. Bank bailouts, austerity packages, passivity towards unemployment and housing problems – this is the problem! The crisis of capitalism forces Austrian social democracy to pursue anti-worker policies. The only alternative policy would be to pursue a rupture with capitalism – and that is not an option for the party. The insistence on this “argument” is nothing but a helpless attempt to stop the SPÖ's decline without a change of course in a socialist direction and, therefore, it is doomed to fail.

Social democracy is deeply split. But in its peculiarity, even this split is but a symptom of the enormous degeneration that has taken place over the last years. There are very few exceptions to the general rule that political positions have been completely reduced to pawns in the bureaucratic games of several opposing cliques. Hans Niessl shares power with the FPÖ to preserve government jobs for his gang. Michael Häupl, mayor of Vienna, opposes this so he can win the municipal elections in autumn and preserve nice jobs for his gang. Franz Voves, party leader in Styria, refuses to comment because he has just suffered a massive defeat in state elections and needs every distraction so his gang won't lose their jobs in the coalition government with the bourgeois ÖVP. The Styrian SPÖ bureaucracy actually sacrificed the governorship of Styria to the ÖVP in order to preserve the rest of their jobs in the state government. Top-level bureaucrat Norbert Darabos supports Niessl because, as a Burgenlander, he depends on support from Burgenland. For this he was rewarded with a really nice job in the new government of Burgenland. And Chancellor Werner Faymann said nothing at all in the beginning because he cannot afford to further jeopardize the stability of the party – after all, the stability of the government, and with it the nicest jobs of all, depend on it!

The crisis of social democracy

All these elements were already there before the elections but now they are apparent to everybody. The crisis of the party has become so deep that the intrigues of the bureaucratic factions are now threatening to destroy the entire ideological base of the party. Until now, they used to argue that their coalition with the ÖVP on a federal level (the so-called “Great Coalition”) was necessary to prevent the FPÖ from taking power. This reminder of the horrors of the “black-blue coalition” (ÖVP-FPÖ) that ruled Austria from 2000 to 2006 was sufficient to make activists accept the political crimes of the “Great Coalition”. This argument has been annihilated by the move of the Burgenlander SPÖ. Now they say we have to form coalition governments with the FPÖ, in order to prevent black-blue coalitions. Whatever will they say next?

Instead of expressing some form of resistance to the party's decomposition, even the well known left social democrat Daniela Holzinger supports this “logic”. Another left cadre, Sonja Ablinger, left the party without even trying to use the resulting media attention to argue for a political alternative to the unbearable conditions that exist at present.

The majority of the left in the SPÖ, especially in the youth organizations, is openly shocked and angry about the sacrificing of the party’s anti-fascist principles. Many were won to the workers' movement only because of the movement of mass resistance against the black-blue coalition. Now, they are being asked to accept a coalition of their party with these same far-right criminals: an incredible proposition. There is tremendous pressure in these organizations towards a clear oppositional stance against the FPÖ, but there are opposing trends as well. Even in the youth organizations, a bureaucratic attitude and fear of the apparatus are present. After a short period in which there was an open exchange of ideas, it was decided to just wait it out so as not to endanger the unity of the organization.

The first task now is to create political clarity in our own ranks. The creation of a red-blue government will intensify the process of erosion of social democracy. The perspective is not one of the SPÖ being reformed by forces from among its own ranks. Many, who had stuck with the party until this point, will now turn their backs on it. And again, a whole layer of activists will retreat into passivity or leave the party. Youth who are only now awakening to political consciousness will certainly move away from this party rather than revive it.

In such as situation a broad layer of workers is coming to the conclusion that there needs to be a left alternative to social democracy. This will not develop from hot air, however. It is the red youth organizations and the trade unions that have the possibility and the responsibility of creating this alternative. But in reality, we have nothing to expect even from these forces: the unions are up to their necks in the swamp of social partnership and “lesser evil” politics – militant opposition is rare and disorganized. The announcements of the social democratic union leader Katzian, who wants to resist the political offensive of the bourgeois, are an important first step. The Socialist Youth on the other hand suffers from their leader Julia Herr's attempts to ignore the swing to the right taking place in the SY organizations of Styria and Burgenland on account of the fact that she needs their political support. The national leadership of the SY has therefore been pushing for the slogan of “rescue social democracy” and has organized a conference to that effect, exploiting the weakness of the left wing to formulate a clear alternative. We oppose this slogan for two reasons.

The “rescue of social democracy” is an extremely bad slogan at a time when masses of members are leaving the party in disgust and when even more good, promising layers won’t even consider joining it. None of these people will be reached with this slogan. It is also politically wrong. It is not important to save the concept, or party, of social democracy from itself. The crisis has proven that this is impossible. The point is to organize a clear political alternative, to create an initiative that clearly expresses the interests of the working class and the need for socialist policies, instead of trying to reach a “compromise” which will always end in defeat.

We argue, therefore, that it is possible and necessary to organize a conference which will discuss how to build a left project. The central responsibility lies with the Socialist Youth. Such a conference must create the base for organizing resistance against the policies of the government and the offensive of the bosses. Only when resistance becomes visible will it be possible to stop the swing to the right. Only class struggle will rejuvenate the workers' movement. The continuing erosion makes it impossible to orientate towards the building of a “left wing” within the party. All forces, regardless of party membership, who are ready to organize resistance must do so. The Conference of the Left could be the starting point.

We understand that the chances of realizing such a project are small. The left seems split between an ultra-left position of abstract cries for a “Left!” and hysterical applause for everybody who leaves the party on the one hand, and hysterical attempts to confine, at all costs, every debate within the narrow borders of “Social Democracy!” on the other. Both positions are wrong and demonstrate how remote the forces behind them are from the actual tasks posed by the situation.

Weakness invites aggression. The Austrian working class will be forced to struggle hard and on a mass basis if it wants to defend its standard of living against the new self-confidence of the bourgeoisie. The current situation of the workers' movement invites massive deterioration.

The process has begun. The most important task of the Marxists right now is to build a strong tendency around our paper “Der Funke”. We will continue to steadfastly organize the resistance against the policies of the Great Coalition and the attacks at workplaces. Our task is to build the revolutionary alternative. Join us, support our work by spreading our ideas, donate!