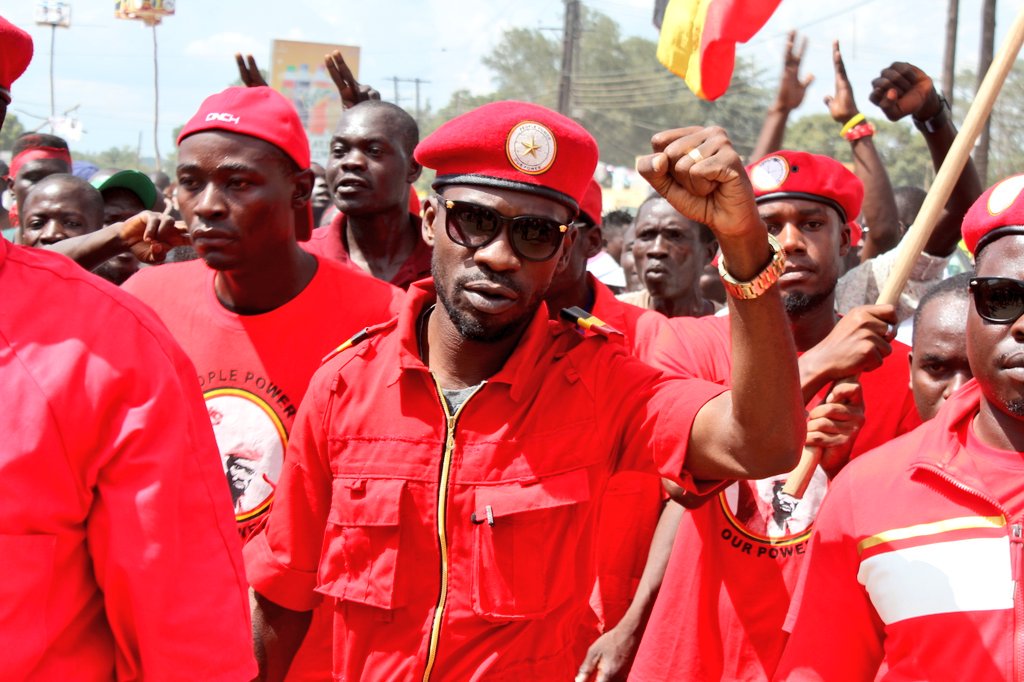 Uganda’s next general election isn’t due for another three years, but recent developments are showing President Museveni’s increasing paranoia. The arrest on trumped-up charges of the main leader of the opposition, Bobi Wine, and the subsequent revelation that he was submitted to severe torture while in jail sparked a massive wave of protests, which represents the biggest challenge to Museveni’s power since the 2011 ‘Walk to Work’ protests.

Yoweri Museveni came to power in January 1986 on the back of a five-year-long bloody civil war, with hundreds of thousands of casualties. Since then, Museveni has kept a firm hold on power, basing his rule on the army’s support and often resorting to repressive measures aimed at neutralising his political rivals. Now in his fifth term, he was first formally elected president in 1996. Additionally, since removing the cap on the age of presidential candidates, he will now be able to stand again in 2021.

Since coming to power, Museveni has been hailed by the West as one of a new generation of African leaders transforming the continent. Former US Secretary of State Madeleine Albright described him as a “beacon of hope” running a “uni-party democracy” in 1997. Indeed, this “beacon of hope” has responded in kind by posing consistently as one of the most reliable allies of US imperialism in Africa.

Having navigated through several crises over the past decades, Museveni is resorting to his tried and tested methods of intimidating the opposition to preserve his grip on power, but this time it’s possible that his machinations were based on miscalculation.

The removal of the presidential age cap in December 2017 led to an important boost for the opposition, rallying around the figure of a former musician, Robert Kyagulanyi, better known as Bobi Wine.

Bobi Wine has been an MP for less than a year. As a musician his lyrics often denounced the poverty and disease that plagues Uganda. However, whilst both his music and campaigning, were critical of the government, they were relatively harmless. In 2017, though, he moved his focus towards politics. By using radical slogans and confronting the regime he managed to mobilise an important base in the youth and won a by-election for Kyadono East in central Uganda by a huge margin. This was the first warning sign for Museveni, who was supporting his own more established candidate.

I come to Arua b'se there is a war here & across Uganda. A war between the oppressor & oppressed. That war has been won in Kyadondo,Jinja,Rukungiri,Bugiri & we must win it here. We have many fighters that we must decide which fighter to send on the frontline.... pic.twitter.com/3OaTzlBPiY

Wine has been vocal about giving power and agency to the youth and, in a country that holds the world’s youngest population (55% of the population is under 18, 78% under 30), this is a message that is starting to take hold. Youth unemployment in Uganda is rising, and economic growth has been slowing year on year. Whilst the next general election isn’t until 2021, the ruling class knows that once a movement starts it is hard to contain. The recent fall of Mugabe is sure to be playing on Museveni’s mind, and it is on that backdrop we must analyse these events.

Last week, Wine was campaigning in Arua (northern Uganda) supporting Kassiano Wadri, a candidate running independent of the main political parties. Museveni was also campaigning for a candidate from his own party, the National Resistance Movement (NRM), when his car was allegedly attacked with stones. As a result, Wine and Wadri were arrested by soldiers of the Special Forces Command (SFC), the president’s praetorian guard. Despite being in jail, Wadri was declared the winner of the election. Wine’s driver was also shot dead, which Wine claimed was an attempt on his own life.

However, it soon came to light that those arrested were tortured to such an extent that Wine was unable to walk or speak. Museveni publicly stated that Wine had suffered no injuries and this had been confirmed by army doctors, but when his wife was eventually able to see him, she claimed he was unrecognisable. Footage has since surfaced on social media which confirms he was tortured. Museveni’s blatant lies have only emboldened the response of the Ugandan people.

This has resulted in wide-scale protests on the streets of both the capital and Arua on Monday. #FreeBobiWine began trending as the capital was shut down and all mainstream oppositionists were put under house arrest or taken into police stations. The movement has spread beyond the country, with students in Nairobi protesting at the Ugandan Embassy in solidarity with all political prisoners captured by the state.

The army has responded to the protests with brutal violence. In Kampala, soldiers used tear gas to smoke out traders from their shops before beating them. Innocent bystanders and journalists were attacked with sticks in an attempt to divide the protests and drive people out of the city centre. Museveni is attempting to beat the morale out of this new layer of young people who are tired of lies, bribery and violence.

Wine was nowhere near the president’s car when it was allegedly attacked but in order to take control of the situation, guns were ‘found’ in his hotel room. This allowed the court to charge him with possession of illegal firearms. Yesterday, these charges were dropped and he was released from the military court in a visibly frail manner, but he was then immediately re-arrested on grounds of treason by the civilian court. He is now detained in Gulu Prison along with thirty others where he will remain until 30 August when re-appears in court.

The Ugandan Parliament has 426 seats and the NRM holds 300 of these. This means that Museveni could afford to lose these by-elections and keep his majority in parliament. However, after his battle to remove the age limit, Museveni has made it clear that he intends to run for a sixth term and, in thirty-one years of office, he has failed to lay the path for a clear successor. Without this, and with the rise of the likes of Bobi Wine, it is increasingly important that the NRM appear to have a stable base and cling onto their loyalties. 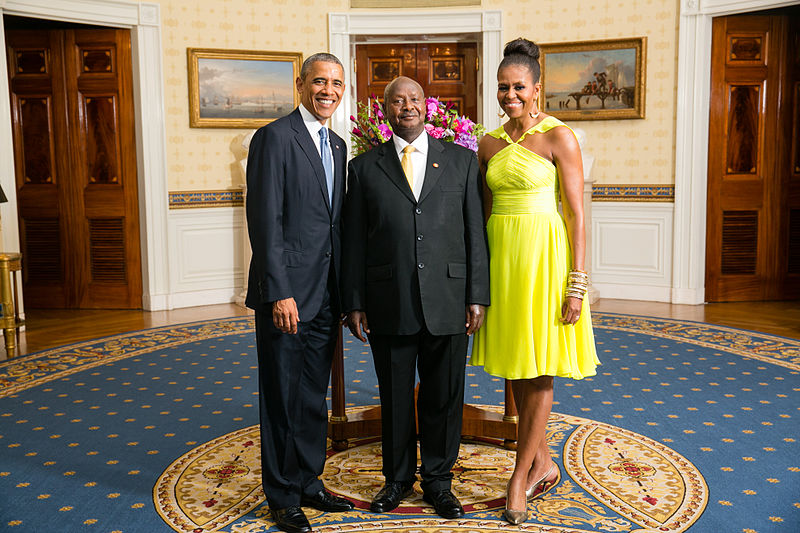 Yoweri Museveni with the Obamas / Image: Office of the White House, Amanda Lucidon

Leaders like Museveni with ties to the anti-colonial liberation movement, however feeble they may be, were sustained for a while due to old loyalties and respect. But as the regime’s crisis deepens, these loyalties no longer have significance that they had before. The masses begin to see through the hypocrisy of these people. However, a change in leadership can prepare the way for a split in the ruling class. Once a split opens up, there is the potential for the masses to move into it. We saw the beginnings of this in Zimbabwe with the protests after Mugabe resigned. The point is that this transition is a dangerous moment for the ruling class. In Uganda, Museveni is desperate to placate the masses with reforms where he can, but as the crisis deepens, he is forced to simply crush these movements with force in the hope that it deters others.

Only a few months ago, he placed a tax on social media in an attempt to shut down open discussion. Museveni represents an old, dying layer of the independence movement, who once commanded the respect of the youth but have slowly unveiled themselves to be equally reprehensible criminals upholding a system of exploitation. This is a reflection of the crisis of capitalism and the legacy of British imperialism and colonialism. There is a burning unrest amongst the masses, that is bound to express itself soon. Museveni is just one man, and he will be swept aside, but in order for Uganda to free itself of poverty, the working class must destroy the capitalist system that causes it – and go about bringing a new socialist society that is free of such horrors.