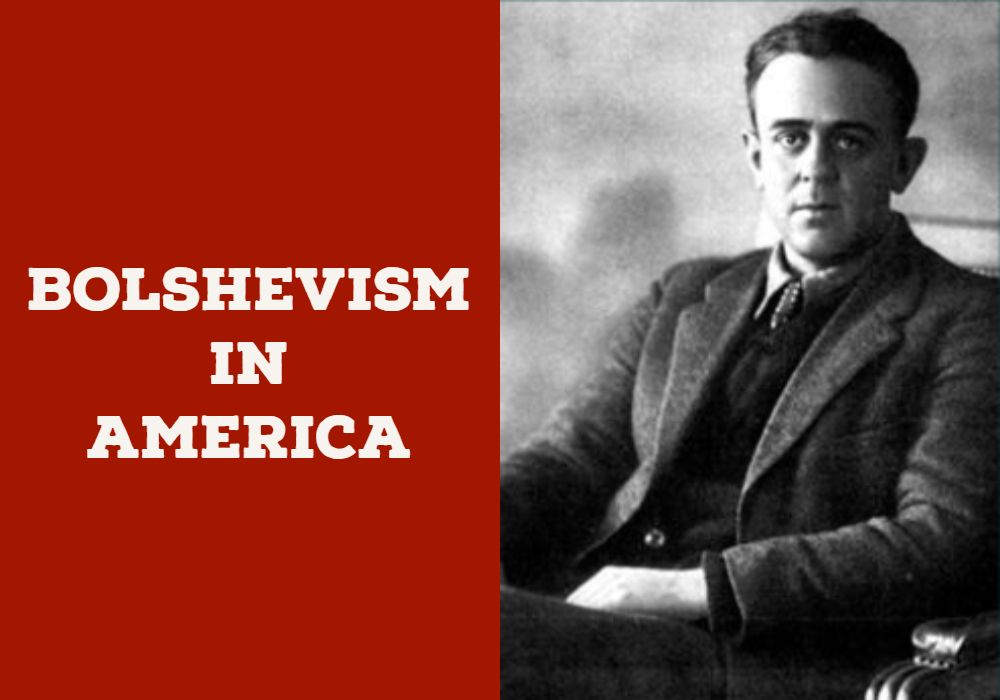 In response to anxious queries from our capitalist acquaintances as to the danger of a Bolshevik Revolution in the United States within the next two weeks, we wish to settle the question once for all.

Note: Organized Labor’s candidate for Governor of California, Mayor Rolfe, was a very ordinary type of bourgeois politician. Through a technicality his name was removed from the ballot. This meant his certain defeat. Labor was asked why it didn’t throw its weight solidly behind the Socialist ticket? “Oh,” answered Labor, “the Socialists will never get elected. What’s the use of throwing away your vote?” I am told that Labor wrote Rolfe’s name on the ballot, and Stephens won.

2. American Labor disapproves of the Russian Soviets, the German Revolution, and other manifestations of “anarchy.” To the American working class the British Labor Party is “going a little too far"; it seems to be dominated by “nuts.” As for the French and Italian movements, who cares what the “wops” do? Note: On November 7th some Socialists had a pamphlet printed to celebrate the first anniversary of the founding of the Soviet Government. When they went to get it at the binder’s, a member of the Typographical Union said, “I don’t know whether I’ll give you this stuff or not. It’s all about the Bolsheviks. You guys ought to be arrested!”

3. With the exception of the Jewish workers, other foreigners, and a devoted sprinkling of Americans, the Socialist party is made up largely of petty bourgeois, for the most part occupied in electing Aldermen and Assemblymen to office, where they turn into time-serving politicians and in explaining that Socialism does not mean Free Love. The composition of the English-speaking branches is: little shop-keepers, clerks, doctors, lawyers, farmers (in the Middle West), a few teachers, some skilled workers, and a handful of intellectuals.

Nothing is farther from the normal desires of the American Socialist party than a Revolution. It is really the refuge of almost all intelligent humble people who believe in the principles on which the American Republic was founded. It has never altogether approved of the Bolsheviki. It applauds the German Revolution largely because it thinks that the Germans will be more orderly.

5. This it just another proof that in America the Socialist movement is divorced from the great mass of the working class. The main differences between this country and Europe is that in Europe the Labor Unions were organized by the Socialists, on class conscious lines; while in America Organized Labor is in theory a defensive group of citizens with similar interests in a theoretical democracy where all men are equal.

6. In the United States the Socialists have some power. They can swing a million votes. The official majority in the Socialist party is more interested in “swinging” these votes than in Socialism. But they cannot compete with bourgeois reform groups like the Progressives, or the Democrats under Wilson.

7. Nothing teaches the American working class except hard times and repression. Hard times are coming, repression is organized on a grand scale. In America for a long time there has been no free land, no opportunity for workers to become millionaires. The working class does not yet know this.

The very fact that for the next decade America promises to be the most reactionary quarter of the globe is sure to have its effect.

8. If Tom Mooney stays in jail, if wages go down, if Socialists are arrested and the red flag suppressed, there will be a revolutionary movement in this country in five years. Bismarck couldn’t stop it in Germany.