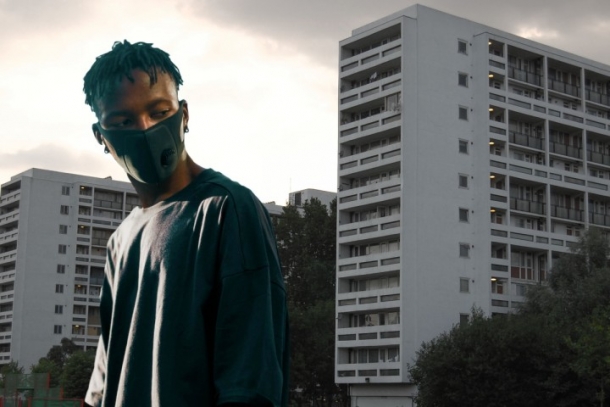 Coronavirus has exposed all of society’s systemic inequalities. Most glaringly, black and Asian communities in Britain have been disproportionately affected by the pandemic. The social conditions created by capitalism are to blame.

The official coronavirus death toll currently sits at over 39,000. But the real figure could be far more.

This is an undeniable tragedy, causing enormous grief for families across the country. However, like most things under capitalism, there is an unequal impact of the virus across the population. And one of the most noticeable inequalities is the significantly higher death rate amongst BAME people.

According to the Office of National Statistics, black people are over four times more likely to die from COVID-19 than white people.

As a result of these shocking statistics, risk assessments are now being put in place to protect BAME staff in the NHS. The British Medical Association has announced that a public inquiry is necessary. The figures are so stark that the Tory government has even come out stating that they will oblige in any inquiry.

Coronvairus has plunged capitalism into its deepest crisis since the Great Depression. And it is now exacerbating structural issues in society – in particular, capitalism’s systemic racism, which has also been brought into sharp focus recently by the murder of George Floyd, and the huge wave of protests that this has provoked.

There is a saying amongst black social movements in the USA that ‘when America gets a cold, black America gets pneumonia’. We can see this today in Britain also. The world is sick, and the most oppressed – especially black workers – are dying at the quickest pace. This can be directly linked to the racism inherent within capitalist society.

According to analysis by the Institute of Fiscal Studies (IFS), a third of all working-age black Africans living in the UK are employed in key worker roles – 50% more than the share of amongst the white British population. Additionally, the IFS says that Pakistani, Indian and black African men in Britain are respectively 90%, 150% and 310% more likely to work in healthcare than white British men.

The pattern that emerges is thus: staff in the NHS, care workers, bus drivers, cleaners, etc. are typically low-paid and in precarious working conditions. Structural racism means that if you are a BAME worker, you are more likely to take up jobs in these sectors. The result is that the relative death rate amongst working-class BAME communities is higher than its white counterpart.

Access to healthcare is another important question. Although the NHS is ‘free at the point of use’, creeping privatisation and rising prescription charges undoubtedly hit BAME communities the hardest, since they are generally poorer. This process has already begun through the introduction of extra charges for immigrants using the NHS.

Racial bias may also prevent you from getting the necessary treatment. Pain thresholds are perceived differently between white and non-white people. This is a big part of why black women are five times more likely to die in childbirth than white women, for example. Prejudice has a huge impact on how you are treated in day-to-day life – but especially in the choice of treatment, if any, you are given in hospital.

This combination of being black and working class, is what has caused the higher death rate amongst BAME people. The starkest example of this was when Kayla Williams, a black mother of three called 999 with serious symptoms of COVID-19. Scandalously, however, she was told that she “wasn't a priority” after paramedics visited her home. A day later she died.

Thoughts and love are with Fabian Williams, his children and family following the death of his wife Kayla who died of Covid-19 after being told she was 'not priority' | The Guardian#Cononavirus#WomansHealth #ChestPain #Temperature https://t.co/QfbYn3c7ok

Kayla was a refuse collector, which may be how she picked up the virus. Many refuse collectors have complained about their own lack of PPE during this pandemic, and the inability to socially distance at work.

The death of Belly Mujinga, a railway worker in London, has also hammered home the same point.

It has slowly become clear, for example, that far from being a purely respiratory disease, COVID-19 is much more linked with vascular conditions that affect the veins and the arteries.

If the facts prove that BAME people are biologically more susceptible to the disease, then it is further evidence of the urgent need for proper PPE in the NHS and for other key workers.

63% of the first 106 health and social care staff known to have died from the virus were black or Asian, according to the Health Service Journal. This is a further damning indictment of the Tory government’s incompetent approach to the lockdown.

What is clear, is that the high death toll amongst the BAME community is ultimately due to social conditions: jobs, housing, and transport. BAME workers are also more likely to live in cramped accommodation; more likely to rely on public transport; and more likely to work in key roles.

All of these factors determine how likely you are to get the disease. And all of these are class questions.

It is true that the virus does not discriminate. But capitalism does. The struggle for black lives is a struggle for socialism.

Coronavirus has exposed all of society’s systemic inequalities. Most glaringly, black and Asian communities in Britain have been disproportionately affected by the pandemic. The social conditions created by capitalism are to blame.