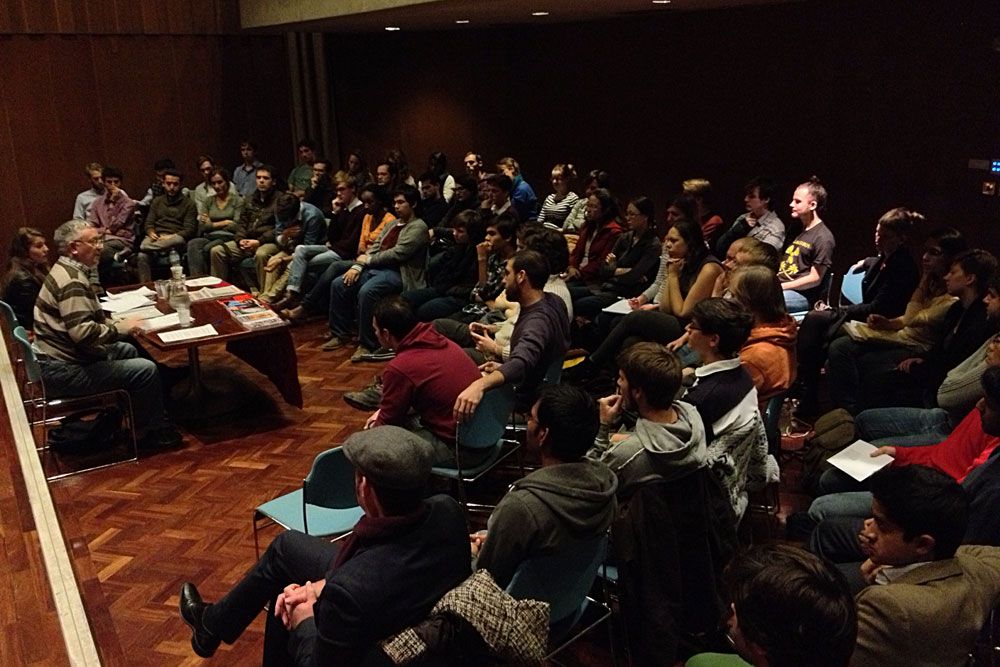 The Cambridge Marxist Society, founded shortly after the crisis began in 2008, is now in its fourth year of existence. Over these years, the society has grown to become the largest political society in Cambridge University, with 350 people signing up at this year’s freshers’ fair. This was followed up by an excellent first meeting of the new academic year, with over 90 people attending to hear Alan Woods, editor of www.marxist.com, speak on “Why Marx was right”.

The meeting was held, ironically, in the the Keynes Hall in Kings College, named after the British economist John Maynard Keynes, who was based at Cambridge, and whose economic ideas are currently in vogue amongst the reformist leaders of the labour movement. A bronze bust of Keynes sits in the hall and was looking over the 90-strong attendance as Alan Woods talked about the failure of Keynesian measures in trying to avert the crisis of capitalism.

Alan Woods provided a Marxist explanation for the current crisis, and gave a number of examples about how even mainstream economists are turning to Marx’s ideas and saying “Marx was right”. Alan referred to the Communist Manifesto, and pointed out that this 164-year-old document is actually the most relevant writing for today’s situation – even more relevant now than when it was written in 1848 by Marx and Engels.

The discussion that followed spanned a range of issues, including the nature of the working class and the prospects for revolution in the industrialised countries, the economic and political perspectives for rapidly-industrialising countries like China and Brazil, and the causes behind the bureaucratic degeneration of the workers’ state in Russia following the 1917 revolution. Interestingly, nobody present questioned Marx’s ideas or said “maybe Marx was actually wrong”. The general mood was incredibly positive and inquisitive, with people keen to understand how we can fight for socialism in Cambridge, in Britain, and internationally. 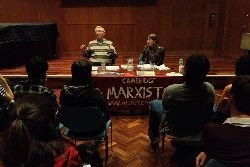 Alan summed up by encouraging people to read the classics of Marxism and carry on coming to the Marxist Society in order to deepen our understanding and our analysis of the world around us, in order to be able to confidently intervene in the movements that are taking place every day and in every country.

The enthusiasm with which we, the Cambridge Marxists, have been greeted has been replicated in universities across the country, where members of the International Marxist Tendency have been intervening in order to establish strong societies for the discussing of Marxist ideas – the only ideas that can change society.