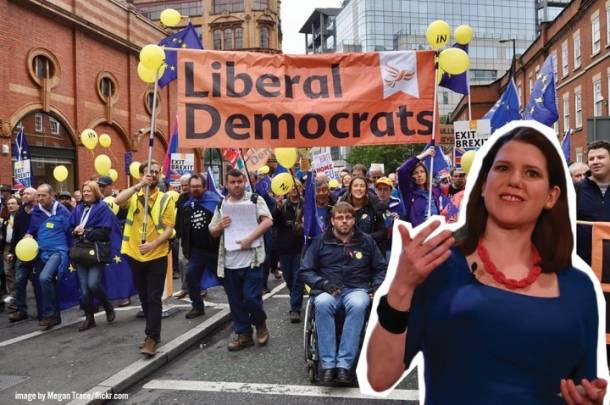 If a week is a long time in politics, then a couple of months is an eternity, as the Liberal Democrats have discovered in this general election campaign.

Having gained eight MPs from a wave of defections of Blairite and ‘moderate’ Tories, and polling ahead of Labour at the beginning of October, the party’s leadership was confidently predicting it would win as many as 100 seats.

Buoyed by this apparent surge in support, Jo Swinson even announced that she was in fact aiming to be the next prime minister. But pride often comes before a fall.

Now, with election day fast approaching, all the optimism of the Lib Dem campaign has turned into its opposite. Senior party figures are already discussing the “postmortem”, while Chuka Umunna – true to form – is eyeing up his next job, knife in hand.

Recent polling has seen Lib Dem support drop by as much as 9% in the polls during the course of this election, as Labour’s share continues to rise. The Lib Dems may now find themselves struggling to win 20 seats. According to the Financial Times, the mood in the Lib Dem camp is one of “concern, close to despair”.

The true extent of the Lib Dem’s collapse was seen during Swinson’s gruelling half hour on Question Time’s election special on 22 November. Swinson was grilled on her record in the coalition government by a relentlessly hostile audience. Facing nothing but derision, she had to publicly abandon her project to occupy Downing Street there and then.

According to polls, the “fresh faced and appealing” Lib Dem leader becomes more unpopular the more people get to know her, much to the surprise of party insiders. Some have tried to put it down to “prejudice against a younger woman” – as if only a bigot could fail to fall for a “girly swot” who cheerfully slashed benefits for the most vulnerable (all in return for a 5p plastic bag charge), and who would unleash nuclear annihilation on millions without hesitation.

Naturally, questions are now being raised about some of the party’s tactical choices. For instance, the decision to run a “presidential” campaign – rebranding the party as “Jo Swinson’s Liberal Democrats”, whilst plastering her grinning face over all their election material and campaign buses – now seems like a bit of an error.

In reality, the Lib Dems’ problems stem from the twisted logic of the party’s position as the self-proclaimed saviour of the “sensible centre-ground”.

The attempt to present Swinson as Britain’s answer to Emmanuel Macron and Justin Trudeau was doomed from the start. These aspirations were rooted in the same deluded fantasy that nourishes all centre-ground politics today: that the public are desperately crying out for another Blair.

Swinson seems completely oblivious to the fact that both of these leaders are intensely unpopular in their own countries. Macron, the equally ‘fresh-faced’, pro-European and pro-austerity French president, last year became the most unpopular president in the history of the Fifth Republic.

No wonder the party has managed to match even the Tories in the extent of misinformation it has pumped out in this election campaign. Throughout the campaign, the Lib Dems have been ridiculed for their now infamous “dodgy charts”, attempting to mislead people into tactically voting for Swinson’s party in seats where they don’t stand a chance.

This only underlines the point that these faithful warriors of the “sensible centre-ground” can only persist by deluding both themselves and others.

Their pledge to revoke Article 50 if the party wins a majority has also come under fire. But the party’s Brexit stance is also the product of another delusion, which has been regularly peddled in the media ever since 2016.

For years we have been told that British politics hinges on one’s ‘identity’ as a Remainer or a Brexiteer. Having performed well in the European Parliament elections, which centered entirely on the question of Brexit, the Lib Dems assumed that a general election would be fought along the same lines.

And they weren’t the only ones. It was this false argument that has been consistently used by the right wing of the Labour Party to push it towards becoming the “party of Remain” as opposed to the party of the working class.

What’s unfortunate for the Lib Dems is that – unlike Labour – they have nothing else to offer. Their policy of combining hardcore Europhilia with pro-business rhetoric and a fixation on attacking Corbyn’s Labour has only succeeded in alienating them even further from voters.

The fundamental cause of the Lib Dems failure, however, is neither tactical nor personal. Contrary to the common Liberal prejudice, it is not identity but class that fundamentally divides this country. And despite the confusion and contradictions that have been introduced by Brexit, we are increasingly seeing this come to the fore. 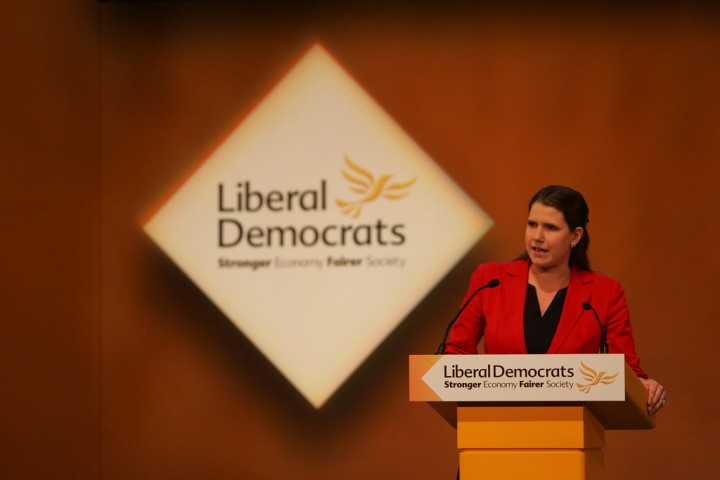 At the heart of the Lib Dem campaign was the hope that they could win many of the five million Tory voters who supported Remain in the referendum, whilst simultaneously winning over so-called ‘moderate’ Labour voters who can’t bring themselves to vote for Corbyn.

Instead, it seems that the bulk of Tory Remainers would rather vote for Boris Johnson and his hard Brexit deal than risk “having a Marxist in Number 10”, as one wealthy Remainer put it in Westminster.

Even the business community – which has decried Johnson’s Brexit plans – would rather support a man who famously said “f*ck business” than allow Corbyn to come to power. This point was underlined at Swinson’s appearance before the CBI, where one attendee explained that although he liked her policies, “since he dreaded a Corbyn government even more than a hard Brexit, he would be voting Tory”.

The choice is becoming increasingly clear: Boris and his Brexit deal; or Corbyn with his programme of nationalisations, wage increases, and trade union rights. For all their hand wringing, the bosses and the bankers know which side they’re on when push comes to shove.

This should be a lesson for our movement as well. The failure of the Lib Dem campaign is a complete rebuttal of all the arguments raised by the right wing of the Labour Party over the last four years.

Only by resolutely putting forward a bold programme of class-based demands and attacking the rotten capitalist establishment can Labour inspire workers and youth to come out and vote for them on 12 December.