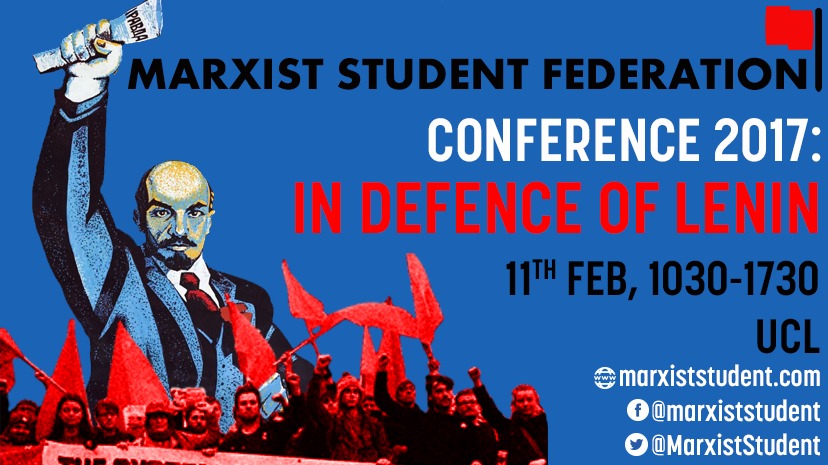 This year, the fourth national conference of the Marxist Student Federation - taking place in London at UCL (Cruciform Building B304 – LT1) on 11th February - will be a Bolshevik celebration of the life and ideas of Vladimir Lenin, 100 years since the February Revolution in Russia kicked off events that would lead, a few months later, to the first successful proletarian revolution in history.

With the state of the world as it is today, there’s a lot that we, as students of Marxism, can learn from Lenin: how his profound theoretical understanding of capitalism and revolution gave him the foresight to lead the Bolshevik party; how his audacity and boldness built the revolutionary party and overcame the conservatism of Stalin in the crucial months before the insurrection; and how, against all the odds and alongside Leon Trotsky, Lenin established and defended the first proletarian state in the history of the world. 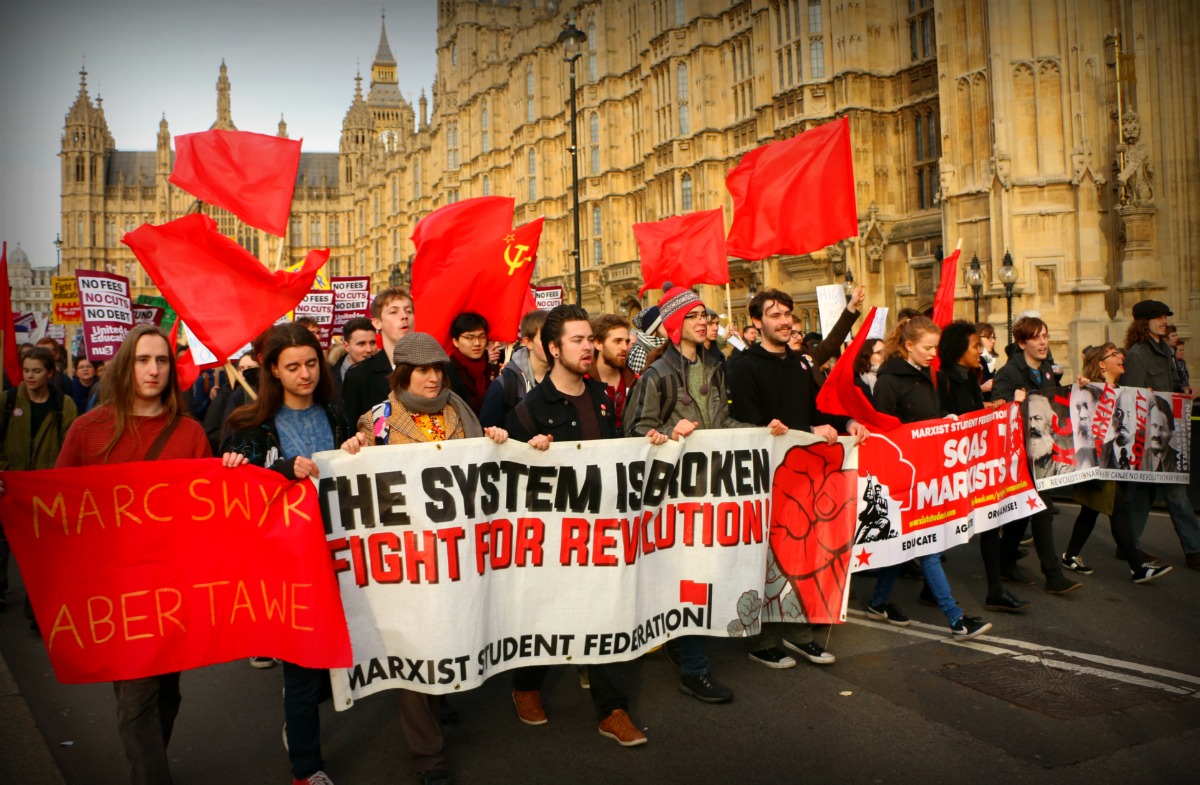 We can use the inspiration and ideas of one of the world’s greatest revolutionaries to help us build the forces of Marxism today. At the conference we’ll be discussing how to build up the Marxist societies and educate a new layer of revolutionaries. We’ll talk about what can be done about the housing crisis, the racist Prevent agenda, the TEF and the marketization of education, as well as our strategy for winning our student unions and the NUS to a radical socialist programme.

Socialism is international or it is nothing. We need to discuss what it means for Marxists to be internationalists and what we can do to build an international revolutionary organisation. We’re going to be joined at the conference by international comrades from as far afield as Brazil, who can give us the benefit of their experience fighting for socialism among students and young workers.

As always, revolutionary singing and socialising is guaranteed. This will be the largest conference of young Marxists in Britain this year – what better place to link up with new comrades and old, and to celebrate the centenary of the Russian Revolution!

The conference is one month away and we’ll be publishing articles, videos and audio recordings about the conference between now and then. Follow us on Twitter (@MarxistStudent) for regular updates and Instagram (Marxist Student) to see the behind the scenes build up to the conference.

The full agenda for the conference is below:

We’re asking for a donation of £5 from all attendees at the conference to help the MSF build up Marxist societies in existing and new schools, colleges and universities.