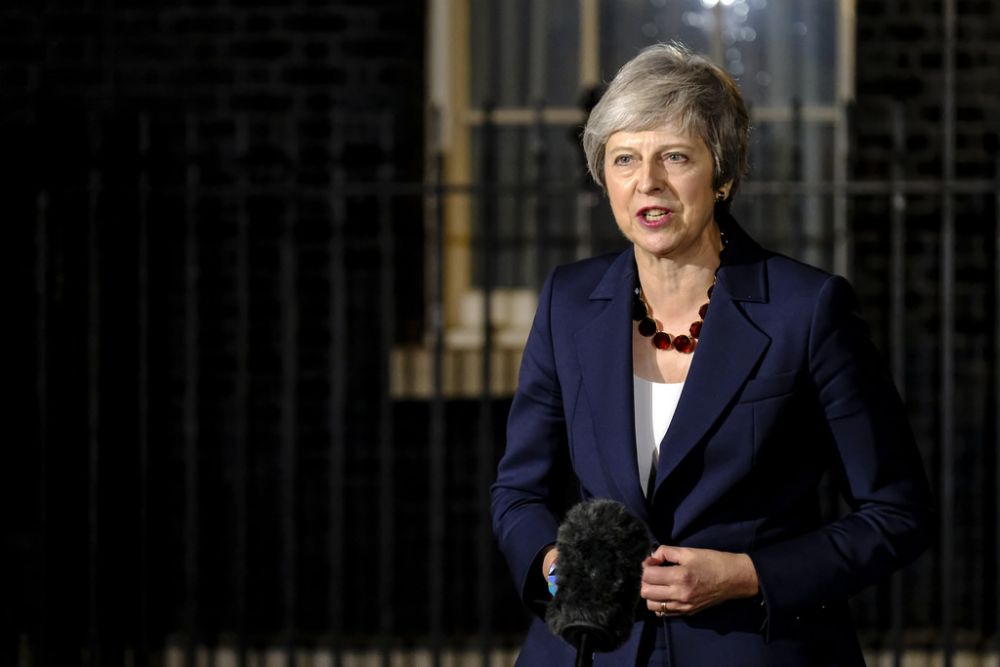 Karl Marx once remarked to Friedrich Engels, his lifelong friend and collaborator, that there were sometimes uneventful decades in which years passed as though they were just days. But, he added, “these may be again succeeded by days into which years are compressed”. The current period in Britain is like the latter. Events are moving at a blistering pace.

Years – if not decades – of contradictions within British capitalism are rapidly coming to the fore. The political crisis facing the establishment is unparalleled in modern times.

The country, as one headline in the Daily Mail put it, is “on a knife edge”. So finely balanced is the situation that things could quickly accelerate in any direction once pushed. The volatility is such that future developments have become impossible to predict. No outcome can be ruled out at this stage. All we can say for certain is that, for Theresa May and the Tories, all roads lead to ruin.

May has been described as many things during her two years of premiership: from a “safe pair of hands” in the early post-referendum days; to “weak and wobbly” after the backfiring gamble of the 2017 snap election.

But the Prime Minister has managed to do what none of her predecessors ever achieved: seemingly unite the whole of Parliament – in this case, against her and her fated Brexit deal.

After two years of fraught negotiations, Theresa May proudly announced the result to MPs on 14 November. But her finely stitched-together deal quickly fell apart upon contact with reality. As Aesop remarked in one of his fables: the mountain had heaved and produced a mouse. 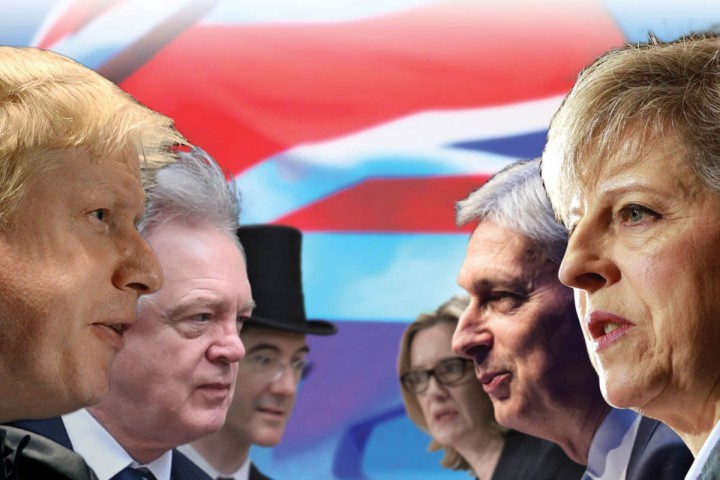 May has managed to do what none of her predecessors ever achieved: seemingly unite the whole of Parliament – against her and her fated Brexit deal / Image: Socialist Appeal

Of course this anti-May unity hides a variety of mutually opposed opinions. To paraphrase Tolstoy, the famous Russian writer: every unhappy Member of Parliament is unhappy in their own way.

The most fanatical Brexiteers will accept nothing short of a complete break with the European Union, with Boris Johnson and other ardent Leave-voting Tories continuing to proclaim that the UK “is going to be a de facto colony” under their leader’s proposed deal.

On the other side, many Remainers are still clinging to hopes that the 2016 referendum result will be reversed. Tony Blair, for example, is one of many forceful voices in a cacophonous choir that continues to call for a “People’s Vote”.

This possibility was given a boost in Parliament on Tuesday, when MPs voted against the government, securing the right to decide on the country’s plan B in the eventuality that May’s deal is voted down next week, on Tuesday 11 December – an outcome that now seems almost certain.

“MPs are tonight starting the process of taking back control,” stated Dominic Grieve, the Remain-supporting Tory MP who proposed the motion to give Parliament a greater say over which future options to explore.

This is a blessing for big business, who now have renewed hopes of avoiding a calamitous no-deal Brexit and – possibly – even pressing the STOP button on Brexit entirely.

At the very least, this recent government defeat will put pressure on the Prime Minister to return to Parliament with an even softer deal – potentially the “Norway plus” proposal that is now being touted by many leading figures, which would see the UK stay in the EU’s custom union and retain access to the single market.

This outcome would be greatly welcomed by the vast majority of the bosses and bankers. But it would be seen as betrayal by Brexiteers, who would rightly call a spade a spade – for this would be their much-reviled “BRINO”: Brexit in name only.

It can therefore not be ruled out that these hysterical Tory MPs might now even do a volte-face and vote for May’s deal, such are their fears of seeing their Brexit dreams slip through their fingers entirely.

For Theresa May, however, events in Parliament on were nothing short of (in the words of the Telegraph) “humiliation on a historic scale”.

Following her Brexit deal announcement last month, the Prime Minister has been touring the country in advance of the upcoming parliamentary vote, trying to sell her proposal directly to voters and put pressure on MPs to support it.

The possibility of a head-to-head televised debate between May and Corbyn was raised, although this has now been scotched as neither side was able to agree on the terms (with May wanting a panel format on the BBC, and Corbyn a one-on-one on ITV). 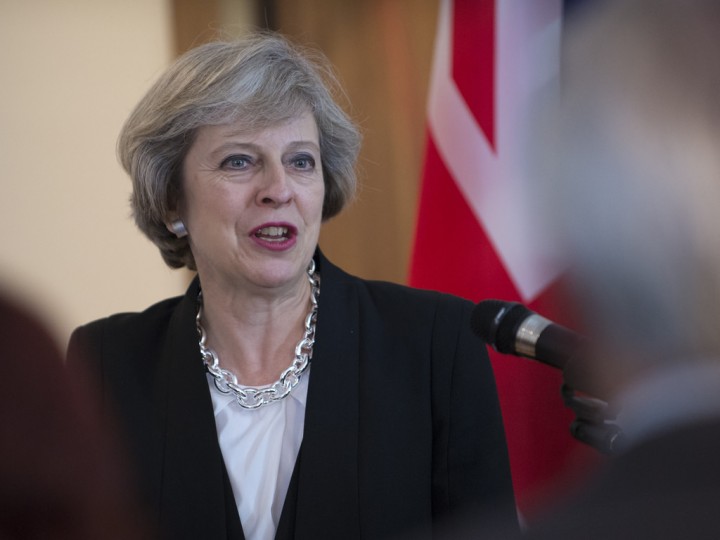 May’s government was defeated three times in the space of an hour during a pre-vote debate in the Commons. The government was even found to be in contempt of Parliament for withholding legal information over the Brexit deal / Image: Flickr, UK Prime Minister

But all of May's efforts were soon exposed as futile when the five-day pre-vote debate began in the House of Commons this week, with May’s government defeated three times in the space of an hour. The government was even found to be in contempt of Parliament for withholding legal information over the Brexit deal – a truly unprecedented situation.

“63 minutes of Mayhem” ran the headline of the Mirror, before stating that the “hat-trick of defeats” for the Prime Minister had “thrown her Brexit plans into disarray and created further chaos”.

The Guardian, meanwhile, said that May’s own speech sounded “like a first draft of her own political obituary”, putting “the future of her government in doubt”.

“She is now, in effect, leading a minority government,” noted Sebastian Payne in the Financial Times. “She is in office, but no longer clearly in power.”

“And yet,” the astute author remarked, “she goes on”.

The messy Brexit process is now rapidly coming to a head. Events could quickly accelerate following a defeat for May’s deal on 11 December. Even a no-deal departure from the EU cannot be ruled out, such is the paralysis in Parliament. But big business will move heaven and earth to avoid this apocalyptic scenario.

“If the prime minister loses the first vote by a huge margin, or is defeated on her second try,” the Financial Times commented recently, “the government will be plunged into a full-scale crisis.”

This decrepit Tory government could therefore soon fall. A general election would then be on the cards – and with it the possibility of electing a Corbyn Labour government; a possibility that would fill workers and youth across the country with hope and confidence. 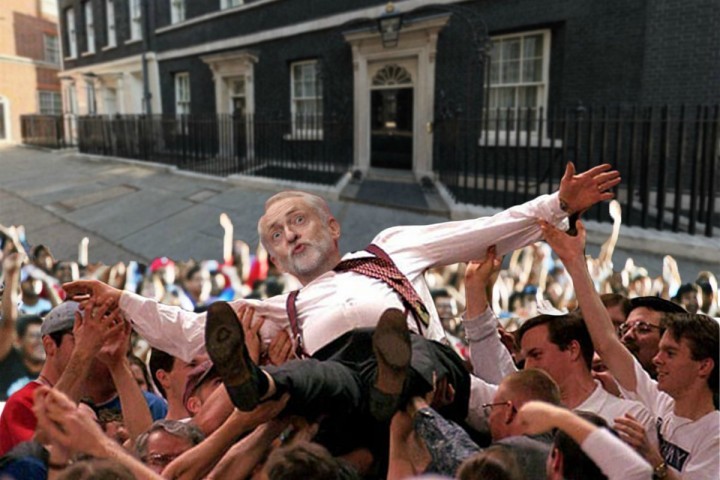 It is only the coming to power of a radical Labour government that can cut through the Gordian Knot of Brexit / Image: Socialist Appeal

In the final analysis, it is only this – the coming to power of a radical Labour government – that can cut through the Gordian Knot of Brexit.

The question has entangled the Tories for years and divided working-class communities in the process. And while establishment politicians have fought amongst themselves, the crisis of capitalism has continued unabated, with workers forced to bear the brunt in the form of austerity and attacks on their conditions and pay.

In or out of Europe, this crisis of the system will continue. Indeed, the continent itself is being torn apart by these centrifugal forces. Italy is in a budgetary standoff with EU finance ministers. Yellow-vest-clad workers have taken to the streets against the Macron government in France. And a new world slump is on the horizon – and with it another wave of cuts to wages, jobs, and public services.

Only with a bold socialist programme – of nationalising the banks and big monopolies under workers’ control – can a Labour government put an end to austerity and really “take back control”.