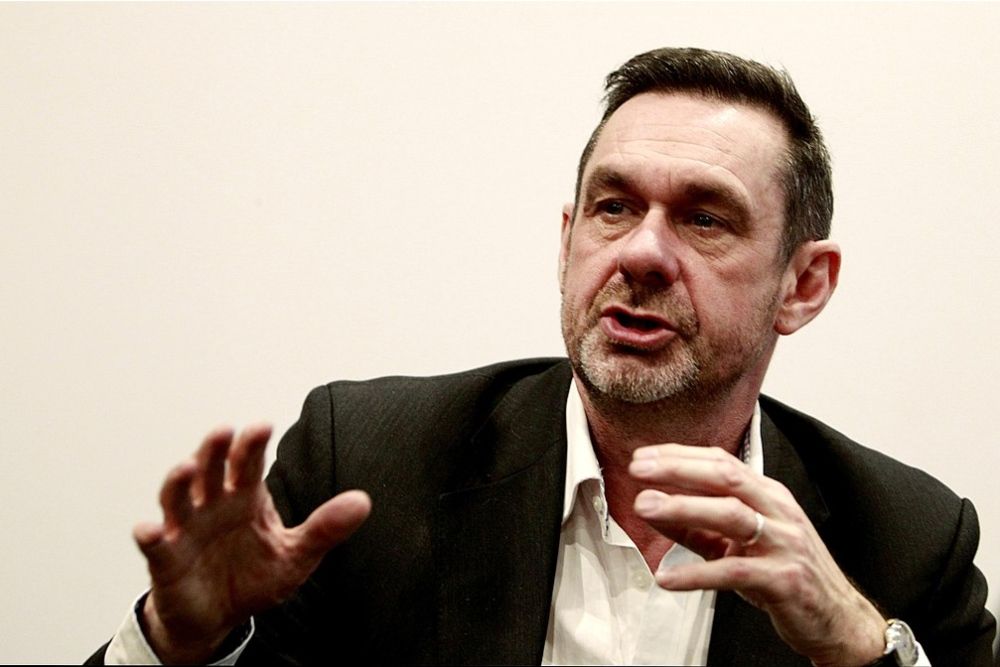 There is a lot of chatter these days about cross-party and cross-class alliances. The possibility of a no-deal Brexit has certainly set the tongues wagging, especially amongst middle-class radicals like journalist Paul Mason.

Their world has been turned upside down. In a fit of panic, they call on all so-called ‘progressives’ to drop party loyalty and unite for the ‘good of the country’.

Lessons from the past

It must be said at the outset that the petit-bourgeois liberal has always been a cowardly creature, going back to the 19th century. Marx warned the workers’ movement about such fickle characters, who would betray the working class in an instant. Such was the case in the revolutions of 1848.

Our great Chartist movement of the past had a correct disdain for such people. The Chartists preached the importance not of class collaboration, but of class independence. “We must rely on ourselves alone,” was their mantra. 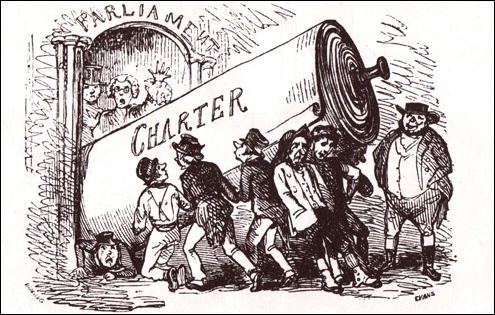 The Chartists preached the importance not of class collaboration, but of class independence / Image: public domain

The liberal Whig was rightly deemed as bad as a Tory politician. “The difference between them,” said Ebenezer Elliott in 1837, “is your Whig is dressed in hen’s feathers and has a sheep’s heart in his bosom, with a serpent’s cerebellum for a brain.” The Tory, on the other hand, “is a straight-forward robber and cut-throat, greedy as a shark, blind as a bolt!”

They did not forget the betrayals by the middle-class radicals in the Reform Act of 1832, who reneged on their promises, leaving the electorate in the hands of a privileged few.

Against those who – like Joseph Sturge – preached class co-operation, Feargus O’Connor, the Chartist leader, countered:

“If the middle classes wished to join the people, they must not expect to lead, they must go into the shafts together; but the moment they got to Whig Cross, they flashed the dark lantern in your face, and said ‘Good-night, Mr. Chartist’, leaving you to grope your way along as well as you could.”

“Be strong and independent,” was O’Connor’s advice. This reflected a healthy class instinct.

This is an important part of our heritage: the need for class independence and no mixing of banners.

Today, of course, the deep crisis of British society has created considerable ferment in all classes, including the middle class. The crisis has sent the liberal intelligentsia into a tiswas. All they can see around them is mayhem and the dangers of reaction.

A classic case is Paul Mason, the left-wing media commentator. He has worked himself up into a frenzied state. Society, as he sees it, faces reactionary forces that pose “a threat to democracy, to the welfare state and to our tolerant society.” (The Guardian2/8/19)

For Mason, Brexit, Boris Johnson, Nigel Farage, and Donald Trump are like the Four Horsemen of the Apocalypse. Our democracy is under threat, he wails. Our tolerant society is in danger! The way he pictures it you would think that the Third Reich is just around the corner.

What is true is that the capitalist system has reached a complete impasse. Capitalism is attempting to save itself at the expense of the working class, threatening to plunge humanity deeper into crisis.

A new society is struggling to be born, but the capitalist system is refusing to die. This is what is responsible for the period of immense upheaval – politically, socially, economically – that we are living through.

In the face of such a threat, the frightened Mason says, Labour must immediately abandon its class independence and climb into bed with the Liberal Democrats and all ‘progressives’, in order to form a Popular Front.

Characteristic of petit-bourgeois philistines, Mason lacks all sense of perspective or proportion. He is constantly tossed around and disoriented by the maelstrom of events.

Without any intellectual honesty, this former ‘Trotskyist’ of yesteryear drags in the Stalinist strategy of the Popular Front from the 1930s as the way forward. Bereft of ideas, he has ransacked the cupboard of previous generations, looking for old discarded rags, bringing to mind Marx’s remark that history tends to repeat itself – first as tragedy; next time as farce.

“I can predict now the screams of protest from many Labour activists,” states Mason. “But the popular-front tactic has deep antecedents in the very political traditions the modern Labour left emerged from.”

“In 1935 the Bulgarian Communist leader Georgi Dimitrov single-handedly maneuvered the Communist International into supporting calls for a ‘popular front’ against fascism. This was about formal electoral pacts with centrist socialists, left nationalist and liberals – and it paid off within six months. In Spain, to the fury of conservatives who had formed their own electoral alliance with the fascists, the Popular Front took power in January 1936. In May that year the Popular Front won in France, giving the country its first socialist prime minister.”

The Popular Front has “deep antecedents”, that is true. It was introduced following Stalin’s direct intervention in Comintern affairs, intended as a temporary tactical shift determined by the needs of Soviet foreign policy. It led to the notorious ‘popular front’ of the Stalin-Hitler Pact of August 1939.

In fact, modern history of bourgeois society is filled with all sorts of Popular Fronts – that is, diverse political alliances designed to deceive the working class.

In France, the Popular Front took the form of a ‘strike-breaking conspiracy’ against the factory occupations. The Spanish experience led to the defeat of the Spanish revolution and the victory of Franco. The Popular Front provided a tragic link in this chain of crimes and betrayals. Mason knows this historical fact full well, but deliberately conceals it.

We had a classic example of Popular Frontism during the Scottish Independence Referendum, where Labour, Liberal Democrats and the Tories opportunistically climbed into bed with each other to oppose independence. This alliance backfired big time, particularly for Labour, resulting in an electoral wipeout in the 2015 general election.

Alliance with the arsonists

The crisis we face is the crisis of capitalism. This reflects itself in a crisis of liberalism and bourgeois institutions. The panic-stricken Paul Mason is desperate to prop up the old order at all costs. He sees no other alternative to capitalist democracy.

For Mason and his ilk, ‘socialism’ is a nice idea, at best, but a thoroughly unrealistic one. We must therefore preserve capitalism and the little it can offer. This can only be achieved by abandoning any pretence at changing society and fully embracing a ‘progressive’, all-class alliance. 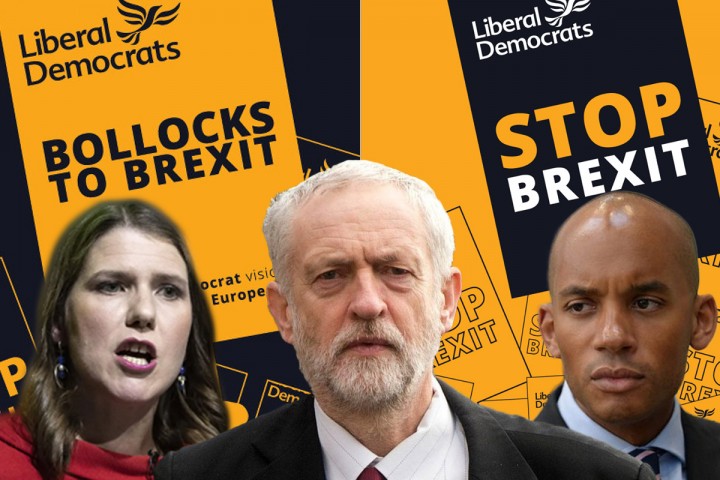 Collaborating with liberals to fight the far right is like calling in the arsonist to put out a fire / Image: Socialist Appeal

In reality, these arguments reflect the disorientation of the petit-bourgeois moralists, who still live on the nostalgia of the past, hoping for the return of the ‘golden years’.

Of course we will oppose Boris Johnson and Donald Trump. But the way to fight these reactionaries and racists is not by abandoning our programme and climbing into bed with the so-called ‘progressives’, who are nothing of the kind.

If anything, uniting with these establishment parties will only bolster the support for right-wing demagogues such as Johnson, Farage, and Trump. Collaborating with liberals to fight the far right is like calling in the arsonist to put out a fire.

Keep calm and fight for socialism

In the past, Mason was a ‘believer’ in socialist revolution. But he has ‘grown up’ now and locked such ‘childish’ beliefs away.

In the process, this ‘pragmatist’ has become like the man who seeks to quench his thirst by drinking salt water. He has become an apologist for liberal capitalism; for a centre-ground status quo that no longer exists.

Mason has lost his head – if he had a head to lose. He sounds ever-more like Corporal Jones in Dad’s Army, who spreads panic by repeatedly shouting ‘Don’t panic!’

Our task is not to save the rotting capitalist system, but to put it out of its misery. This means rearming the Labour movement with a bold socialist programme.

Let the petit-bourgeois ‘radicals’ weep into their herbal tea. No to the politics of the Popular Front! For class independence and a socialist programme to put an end to this crisis-ridden system!