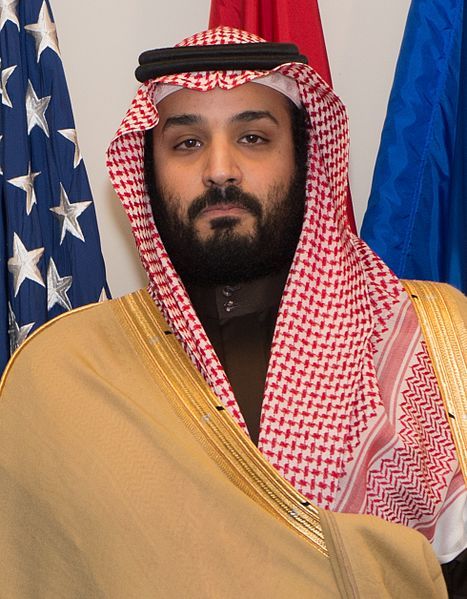 On Wednesday the Crown Prince and de facto ruler of Saudi Arabia, Mohammed bin Salman (MBS) is visiting Britain on a 3 day visit where he will meet up with top business figures as well as Theresa May and Boris Johnson.

The contents of this article will be distributed as an IMT leaflet at a protest against Mohammed bin Salman's royal visit to London on 7 March.

The attitude of these “democratic” rulers of Britain towards this reactionary despot is indicative of their true interests. The same people who do not hesitate in launching wars on any country on the supposed grounds of democracy promotion, have no qualms whatsoever about being deeply involved with one of the most reactionary regimes on the planet.

The status of women in Saudi Arabia is still that of second class citizens. Saudi women are treated as legal minors and need the permission of a male relative to study abroad, marry, or get a passport. Minorities are treated similarly. Shias, for instance, are vilified in all educational literature and on a daily basis in the media. Meanwhile tens of thousands of political prisoners are rotting behind bars for the slightest public criticism of the regime.

The state ideology of Wahhabism, which is at the core of the Saudi regime, is not different at all from that of the Islamic State which is so often used as an excuse for the West’s intervention in Iraq and Syria. In fact, Saudi Arabia is the biggest backer of IS and Islamic Fundamentalism throughout the Middle East. Mohammad bin Salman had a major hand in unleashing these monsters onto Syria and Iraq over the last period.

This same MBS, who according to Boris Johnson is “a remarkable young man”, then proceeded to launch a bloody one sided war on the people of Yemen. Tens of thousands have been killed or wounded, hundreds of thousands are internally displaced, while a brutal bombing campaign and siege has left all of its infrastructure destroyed and seven million people on the brink of famine. Meanwhile Al Qaeda is allowed to roam freely and even participate in the Saudi led campaign. Of course all of this could not have taken place without the military assistance of Britain and the US who are playing key roles in the coordination and the logistics of the campaign.

At its height, the British Empire used to pay Gulf emirs to protect its sea routes in the Persian Gulf. Now the tables have turned and British capitalism has become the “guns for hire” of the reactionary Gulf states. Now MBS is waving a potential $100bn in deals in the face of May, Johnson and the parasites in the city of London. For that amount of money, these ladies and gentlemen are willing to do anything, including propping up one of the most reactionary regimes in the Middle East. Just as they are attacking workers and youth at home in Britain by imposing austerity, they are supporting the biggest enemy of the workers and youth in the Middle East and North Africa. That is why for us the struggle of the Middle Eastern masses against the Saudi regime is the same as our struggle against our own ruling class at home.

Down with the British and the Saudi government deals!

Down with the Tory government!

Down with the rotten Saudi regime!