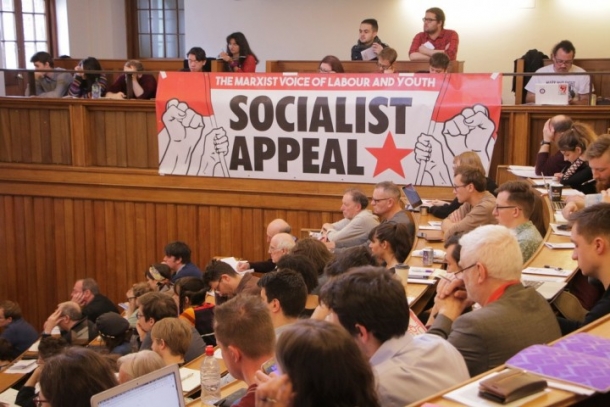 On 15-17 March, around 180 workers and students met in London for the annual national conference of supporters of Socialist Appeal, British section of the IMT. The meeting was, without a doubt, the best in the history of Socialist Appeal, as evidenced by the record attendance, the extremely enthusiastic mood, and the impressively high political level of the discussions.

All attendees left the weekend-long conference with a real sense of purpose about the tasks ahead. The ruling class in Britain – and internationally – is in a deep crisis. There is a polarisation and radicalisation taking place in the depths of the working class. Mass movements of workers and students are on the order of the day. What is urgently needed is a strong Marxist voice for Labour and youth. 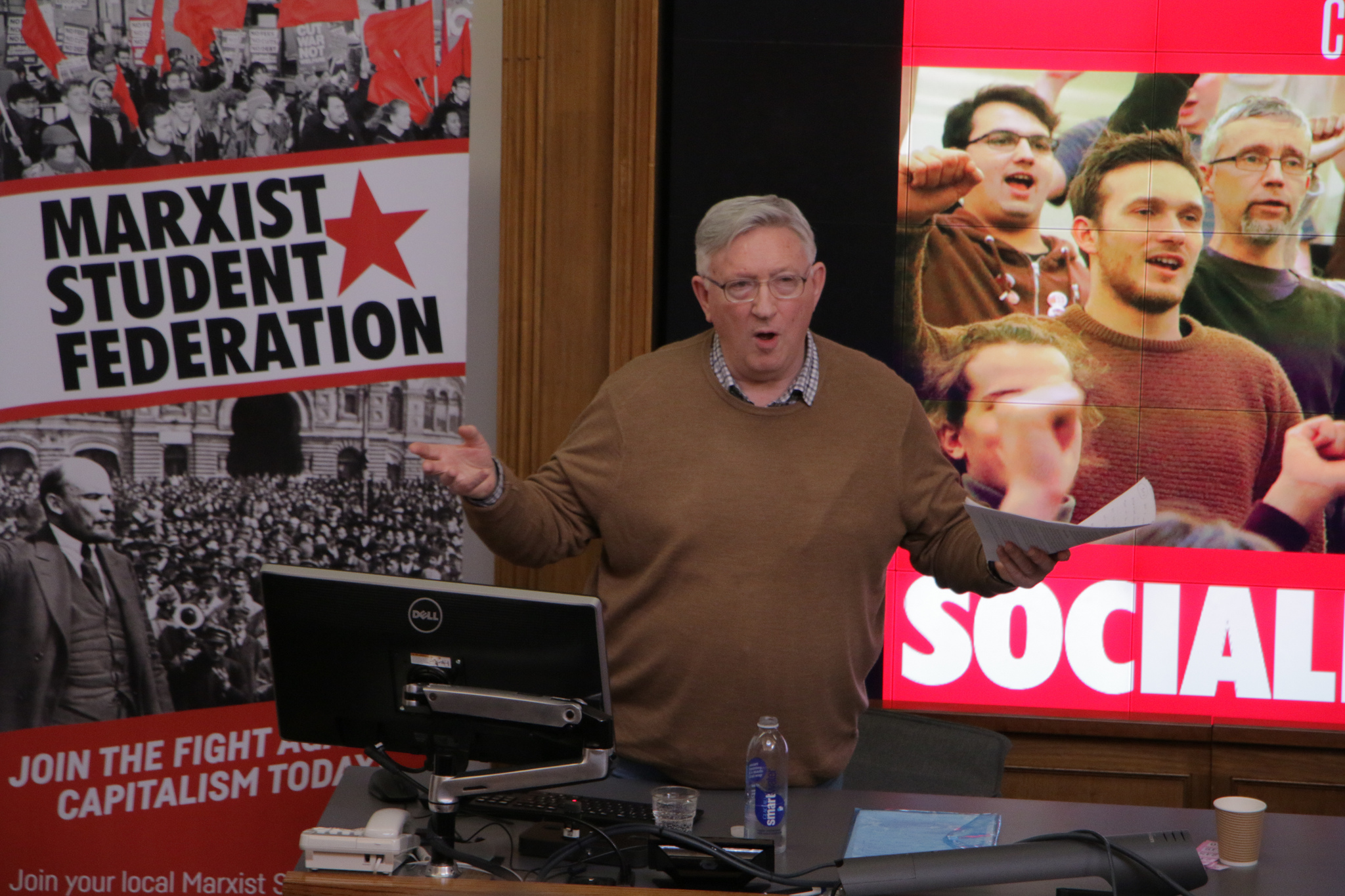 The conference kicked off on Friday evening, with Alan Woods – editor of the international Marxist website, In Defence of Marxism – introducing a discussion on perspectives for world revolution / Image: Socialist Appeal

The conference kicked off on Friday evening, with Alan Woods – editor of the international Marxist website, In Defence of Marxism – introducing a discussion on perspectives for world revolution.

Capitalism is a global system. We therefore cannot separate events in Britain from the wider processes taking place globally. Alan outlined the key economic and political developments worldwide, with a focus on the rising conflict between China and the USA, and the never-ending crisis in Europe.

Overall, the perspectives for the future indicate intense instability, as the ruling class attempts to make workers pay for the crisis of capitalism. Alan pointed out that this is a recipe for social explosions everywhere, as anger, frustration and rage builds up below the surface. This can be seen in the revolutionary movement in Algeria, taking place as the conference met.

Contributions from the floor filled in this international picture, with comrades highlighting the global student strike movement against climate change; the 200 million strong general strike in India; the political crises taking place in the heart of Europe, in Germany, France, and Italy; and the prospects for class struggle in Brazil, in the wake of Bolsonaro’s election.

The main discussion on the Saturday was on perspectives for the class struggle in Britain.

Rob Sewell, author of In The Cause of Labour and editor of Socialist Appeal (eponymous journal of the British comrades), explained the background to Brexit, which represents the deepest political crisis for the British establishment in living memory.

Most significantly, the ruling class has lost control of the situation. Big business is no longer able to rely on the bulk of the Tories, nor on the leadership of the Labour Party. Splits in both major political parties are therefore inherent in the situation – and are already taking place. 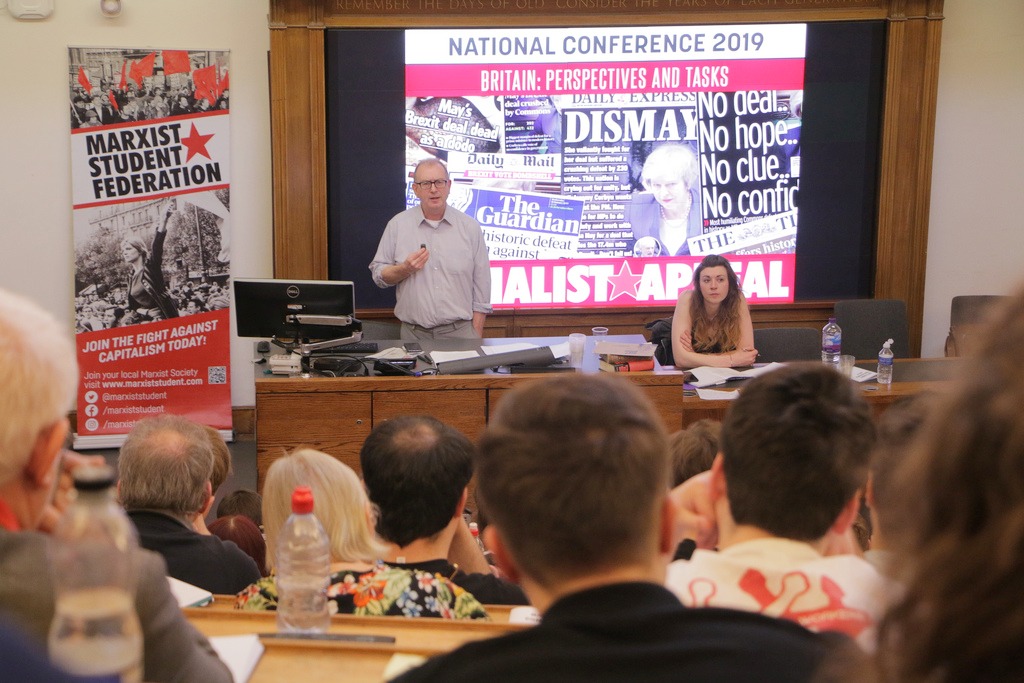 Rob discussed how the civil wars inside both the Conservatives and the Labour Party are heating up and reaching boiling point. The Blairites are cynically using the question of anti-semitism as a weapon against the left. But in response, the demand for mandatory reselection is growing stronger by the day.

It is only a matter of time before we see a Corbyn-led Labour government come to power. This could happen in the coming months, or even weeks. The struggle to kick out the big-business wing of the Labour Party has therefore never been more urgent.

Comrades from across Britain contributed to the discussion, coming in on a range of topics. Many reported on the mood in their local Labour parties – particularly on how grassroots members were seeing right through the Blairites and their anti-semitism smears.

Others highlighted the dire social conditions facing working class communities in Britain today. And young activists noted the incredible radicalisation taking place amongst students and youth – but also stressing that this anger is not being channelled by the NUS or Young Labour.

The conclusion of the discussion was clear: a determined Marxist tendency must be built inside the British labour movement. Only in this way can we bring in a socialist Labour government and address the burning issues facing workers and youth in Britain today.

Theory and perspectives are a guide to action. On the Sunday of the conference, therefore, attendees discussed the tasks that lie ahead in building support for the ideas of Marxism in the movements of workers and students. 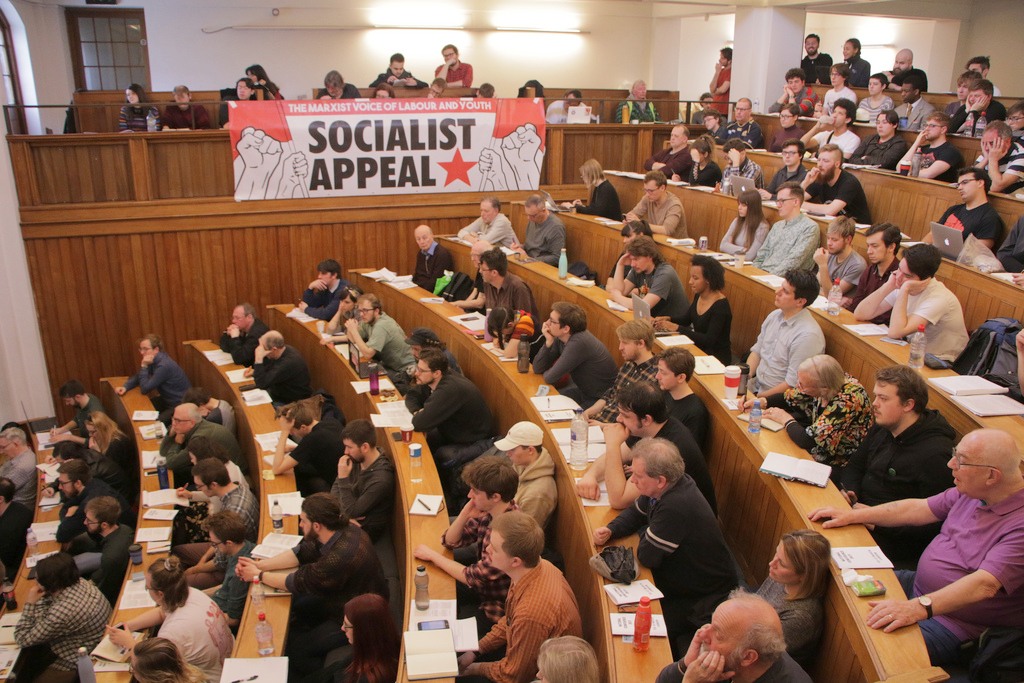 With the deepening crisis of the political establishment, there is a massive potential for Marxist ideas to gain a wide echo in the labour movement / Image: Socialist Appeal

With the deepening crisis of the political establishment, combined with the open sabotage of the Blairites, there is a massive potential for Marxist ideas to gain a wide echo in the labour movement.

In this respect, comrades emphasised the success of the Labour4Clause4 campaign, which has helped to put socialism back on the agenda within the Labour Party. In addition, supporters highlighted the role of the Socialist Appeal paper, which provides a much-needed Marxist voice within the labour movement.

Student activists also noted the success of the local Marxist societies in the universities, who, as well as bringing Marxist ideas to a new generation, have also linked up with workers in struggle – particularly those in precarious sectors, who are fighting for decent pay and conditions.

Across the country, the Marxist Student Federation is now a recognised force on the student left. This is reflected not only in the impressive turnout at the MSF conference last month, but also by the victories seen for Marxist candidates in NUS delegate elections. As a result, the MSF will be sending almost a dozen delegates to this year’s national conference of the NUS, who will argue the case for socialist ideas.

A highlight of the conference was the collection for the fighting fund, which provides the much-needed finance to support the analysis Socialist Appeal produces and the campaigns being run.

Comrades from across Britain raised an impressive £35,000 to help develop the work into new areas. This is a testament to the confidence that comrades have in the ideas of Marxism – and the high level of sacrifice that Socialist Appeal supporters are willing to make to put these ideas into practice. 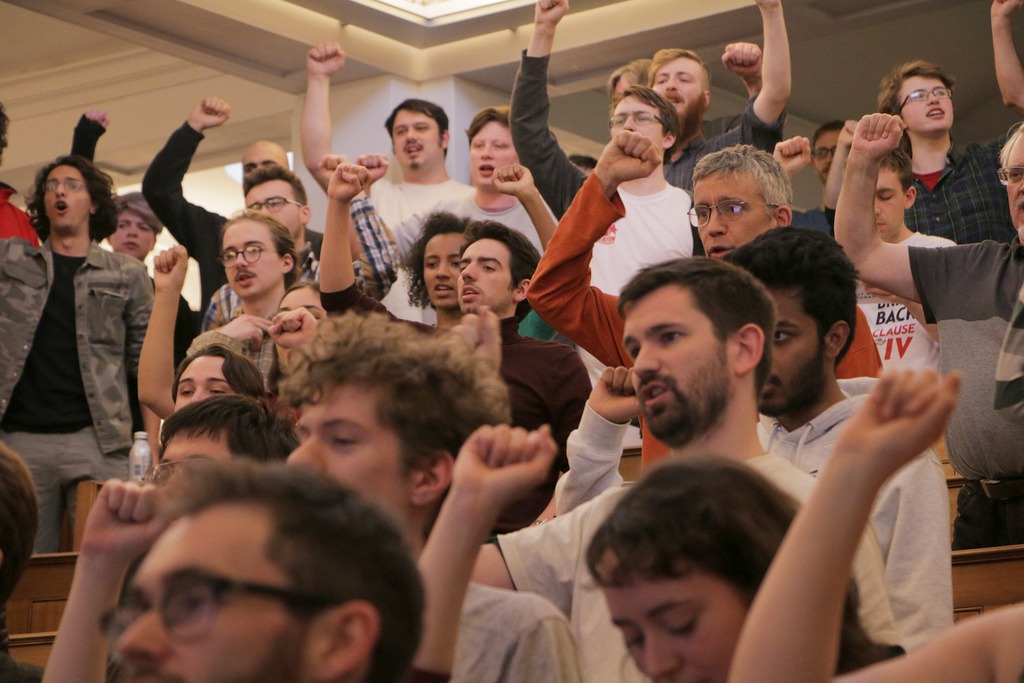 All comrades left the conference inspired with an increased determination to transform society – not just in Britain, but across the whole world / Image: Socialist Appeal

Mina from London, attending the conference for the first time, said:

“I was so impressed with the high political level of the speakers, of both older and younger comrades alike. In times of such political chaos, the energy, enthusiasm and absolute dedication of all who took part in the conference was a refreshing and inspiring thing to see.”

In closing the conference, Alan Woods called upon all comrades to set their sights high. We are aiming for the socialist transformation of society – not just in Britain, but across the whole world. We must therefore make the necessary sacrifices to achieve this aim: of our time, energy, and finances.

Following a rousing rendition of the Internationale, all comrades left the conference inspired with an increased determination to make this aim a reality.