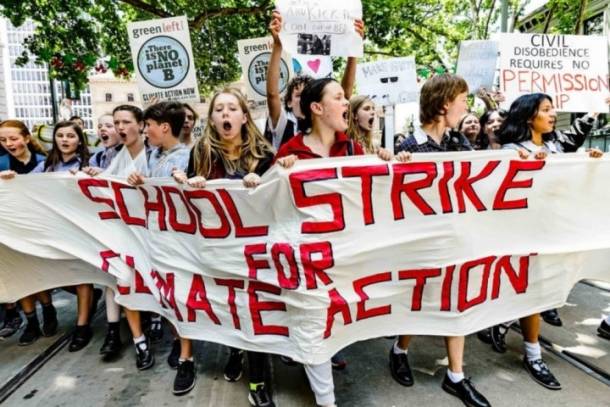 The School Strike 4 Climate movement started in August last year, when one 15-year-old Swedish student, Greta Thunberg, walked out of her school to campaign against government inaction on climate change. The demonstrations have rapidly developed into a uniquely militant, global and organised youth movement.

As Greta’s story went viral on social media, strikes and protests spread worldwide. Now up to 70,000 school students are striking every week – in at least 270 different cities and towns – under the tag #FridaysForFuture.

In her speech to the UN, Greta Thunberg stated:

“[W]e have not come here to beg the world leaders to care for our future. They have ignored us in the past and they will ignore us again…[W]e can’t save the world by playing by the rules…the rules have to be changed…We have come here to let them know that change is coming whether they like it or not. The people will rise to the challenge.”

The strikes first spread to Australia. By December last year thousands of students had joined them, mostly in Europe and North America, including in Belgium, Switzerland, Austria, Japan, the US and Canada. Since the new year, they have spread even further to countries across Africa and South America, with strikes in Colombia, Uganda, Nigeria, Tanzania, Kenya and Mali.

Today (15 February) these school strikes will hit Britain for the first time. Rallies are planned in over 30 locations nationwide, co-ordinated by the UK Youth Climate Coalition.

“People seem to think this is an issue that can be solved another time,” stated Zoe, a student organiser of tomorrow’s protest in Bristol. “But there is no other time.”

These strikes have already been widely supported by academics, teachers and their unions. The National Association of Head Teachers in the UK has “applauded” the students taking part. In Australia, unions as diverse as the National Tertiary Education Union, the United Firefighters Union and the Victorian Allied Health Professionals Association have come out in support of the striking students.

It is easy to understand why this movement has become so popular: it has given voice to a whole generation that is profoundly disillusioned with – and left-behind by – the current system. 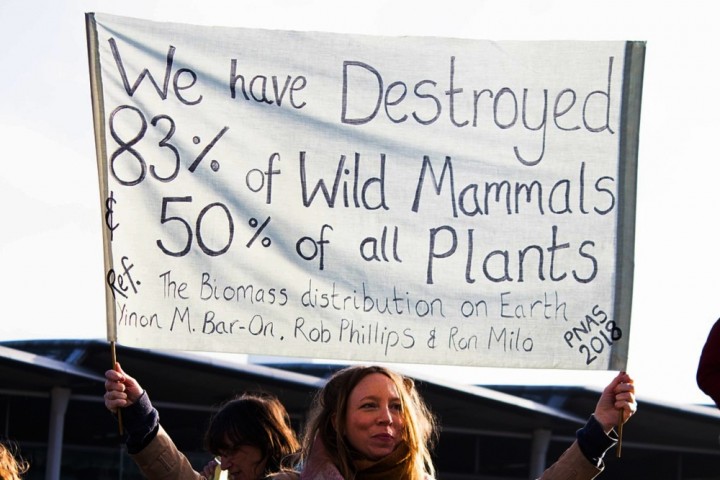 Climate change is proof that the compassionless capitalist system will sacrifice everything and everyone in the name of profit / Image: Extinction Rebellion

This generation, across the world, has grown up in an age of ubiquitous austerity and economic crisis, watching in frustration as governments have sold their futures out to capitalist interests in countless ways: from tuition fee hikes to cuts to youth services. Looking forward, all that young people can expect under capitalism is a lifetime of debt and precarious working conditions.

No wonder young people today have little-or-no faith in big business governments when it comes to protecting their future against oncoming catastrophic environmental crises. They are being sold out yet again – but this time with existential consequences.

Climate change – and the inability of establishment politicians to stand up to the corporations responsible for it – is blatant proof that the compassionless capitalist system will sacrifice everything and everyone in the name of profit.

Many students understand this threat acutely. They know that real change will not be brought about within, or by reforming, our current system. Only radical and uncompromising solutions offer a road to salvation.

We need a revolution

This movement has enormous potential. It is radical and organised – these weekly #FridaysForFuture strikes are deliberately coordinated across the world for maximum impact, and are being used to build towards a global student strike in over 40 countries simultaneously on 15 March.

But in order to be successful, the radical environmental demands of the student strikes need to be taken up by the leaders of the labour movement, in order to create a mass movement of workers and youth fighting for a clear, bold, socialist alternative to the current failed status quo. 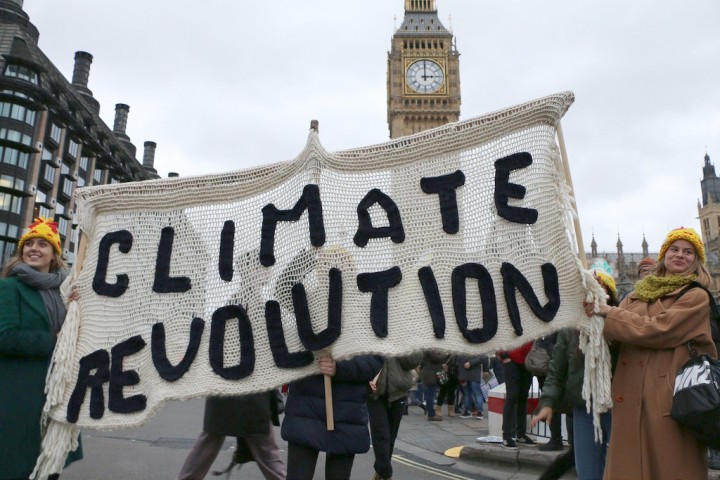 We offer our full solidarity to those taking part in the student strikes and urge all young people looking for radical change to join us in the fight for socialist revolution / Image: Extinction Rebellion

The capitalist system – and the politicians who defend it – are responsible for climate change and environmental degradation. The technologies and resources needed to end climate change clearly exist; the problem is that they lie in the hands of a tiny elite.

Only by breaking with the profit motive and planning the economy on the basis of needs can we put an end to the destruction of our planet. This means taking the banks and major monopolies into public ownership, and putting them under workers’ control. On the basis of socialist planning, we can not only survive as a species, but thrive as a society.

We can, and must, fight for a genuinely bright future for young people: one where everyone is guaranteed a decent standard of living, and where we democratically and rationally plan production in order to effectively tackle the environmental, economic and social crises humanity faces.

We offer our full solidarity to those taking part in the student strikes – in Britain and internationally. And we urge all young people looking for radical change to join us in the fight for socialist revolution.

Images of the 15 Feb student strike from all over Britain: