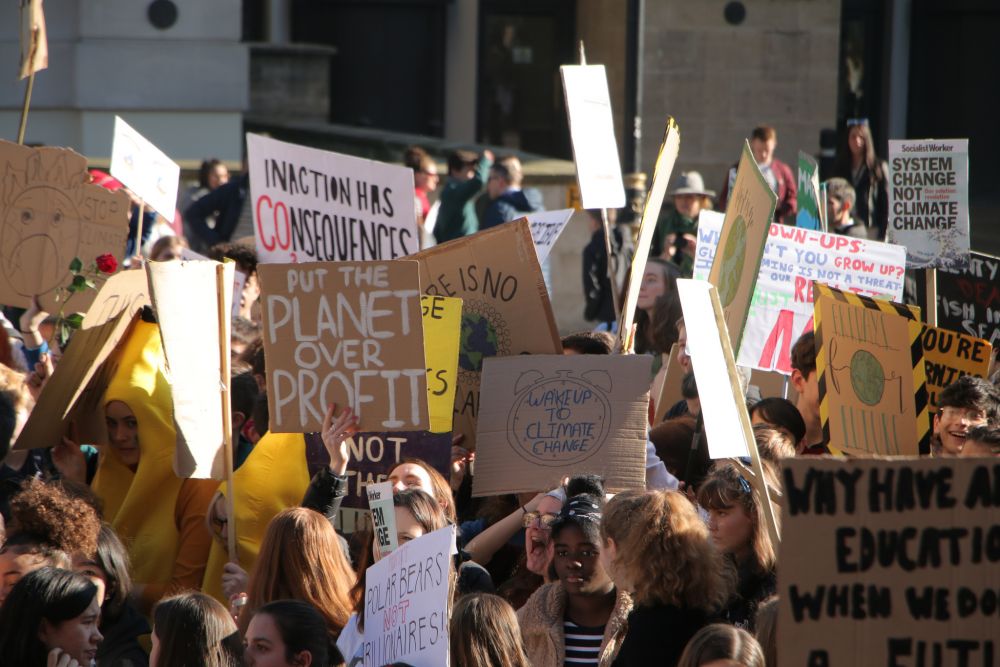 At least 10,000 students across the UK walked out of school on Friday 15 February, marking the arrival of the international School Strike 4 Climate movement in Britain. This movement has already mobilised hundreds of thousands of students in over 40 countries, with young people around the world participating in incredibly militant strikes and marches – the aim of which is to force governmental action on climate change.

On Friday there were protests in around 60 locations nationwide. The largest event was in London, where a demo in Parliament Square attracted thousands of students. Ages ranged from sixth form down to primary school, with many students coming straight from classes, still wearing their school uniform. Supportive teachers and parents also joined in.

It was clear, however, that this strike was organised and led by the students themselves. 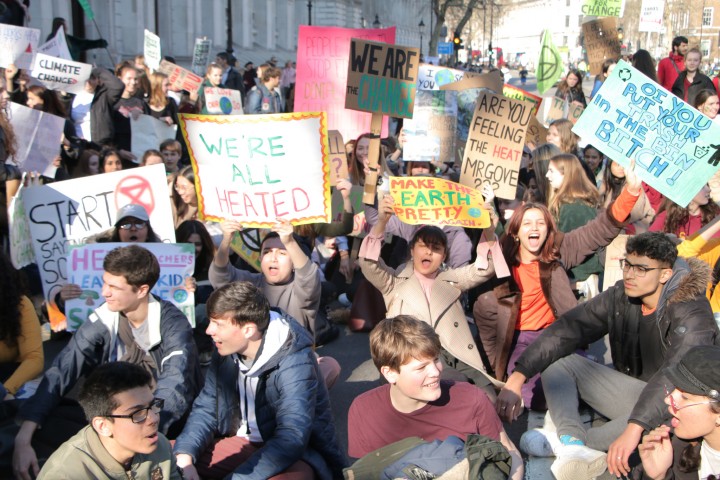 At least 10,000 students across the UK walked out of school on Friday 15 February / Image: Socialist Appeal

This was reflected in the very spontaneous and militant nature of the protest in London. Students blocked roads, climbed on buses and traffic lights, and marched around neighbouring streets (including Whitehall and Downing Street), with no official route or stewarding. Two students, aged 19 and 16, were even arrested for their role in blocking a road.

It was incredibly inspiring to witness young people’s anger being translated into radical action, creating an atmosphere unlike any other protest in recent years.

And our generation clearly have many good reasons to be angry. We know nothing but austerity and economic crisis. We will certainly be worse off than our parents’ generation. And now we see the same politicians who are responsible for this economic misery sacrificing our planet’s future on the altar of profit.

This mood was reflected by the many chants at the protest. These were not specifically about climate change at all, but went far beyond just the question of the environment.

Many slogans and placards were explicitly political, demanding the removal of Theresa May and the Conservatives (who unsurprisingly condemned the protests). The only politician who was positively mentioned was Jeremy Corbyn, who had widespread support amongst the student protestors. 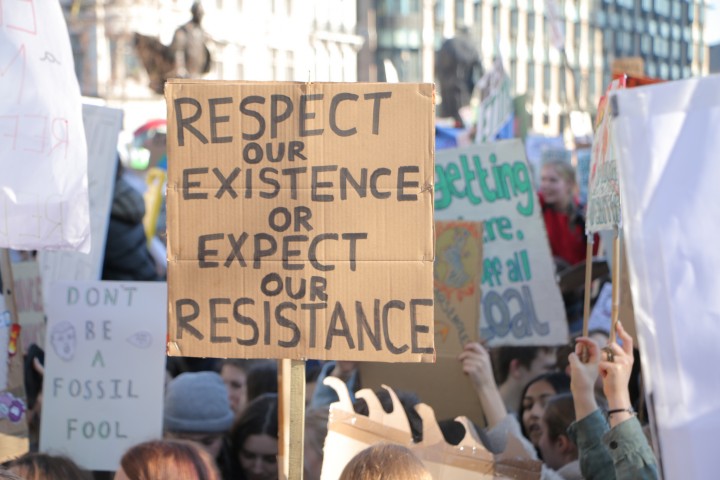 Friday’s demonstration was an incredible first step for the new mass movement that has emerged against climate change / Image: Socialist Appeal

Above all, the demonstration was an outlet for young people to express all their burning rage and frustration towards a political and economic system that has failed them – and which they are completely excluded from. In this respect, the demand for votes at 16 was raised by protestors. And it was clear that they planned to use this to kick out May’s big business government.

Even when environmental demands were raised, they were not for people to make individual lifestyle changes to reduce emissions, etc., but for government action and – in many cases – for systematic change to avert a climate crisis.

There was, therefore, a clear understanding amongst many of the students of the need for a radical political and economic alternative.

The Marxist Student Federation was out in force in many cities across the UK, including London, Norwich and Southampton. Our call for a revolutionary socialist solution to stop capitalism’s destruction of our planet was greeted enthusiastically by many protestors.

Friday’s demonstration was an incredible first step for the new mass movement that has emerged against climate change. Next up will be another day of action on 15th March. This has the potential to be even larger, thanks to the incredible example that has now been set.

But in order for the movement to grow and move forward, it is vital that student activists get organised. Spontaneity can only take us so far.

Strike committees and organising meetings should be set up by students in every school in order to make the next walkout even bigger. Teachers and teaching unions should be approached to support the strike, giving students protection against any possible threats or repercussions from headteachers and senior school management. And university students should follow suit and organise on campuses to walk out of classes as well. 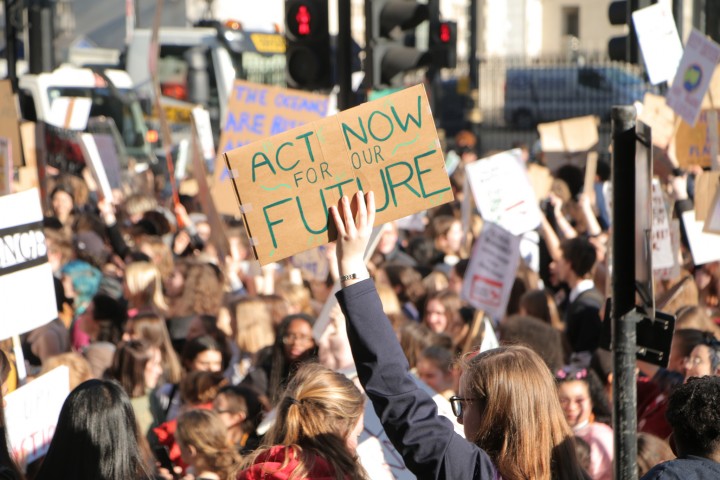 That is what the School Strike 4 Climate movement must build towards in order to confront capitalism and the impending climate catastrophe / Image: Socialist Appeal

Above all, the militancy and radicalisation displayed last Friday needs to be organised around a bold socialist programme: to expropriate the 100 corporate monopolies that contribute 70% of emissions, and to use these to democratically and rationally plan production on the basis of needs, not profits.

To realise this, it is imperative that the students’ struggle becomes part of a much larger movement. Students alone have very little power. But if the whole labour movement came out in support of the students’ demands then the impact could be immense. The trade union leaders could certainly take a leaf out of the students’ books when it comes to protests, strikes, and militancy.

The Tory government is weak and divided. A mass movement of workers and youth could bring it down. In its place, a Corbyn-led Labour government, armed with radical socialist policies, could transform society and wage a genuine war against climate change.

That is what the School Strike 4 Climate movement must build towards in order to confront capitalism and the impending climate catastrophe.