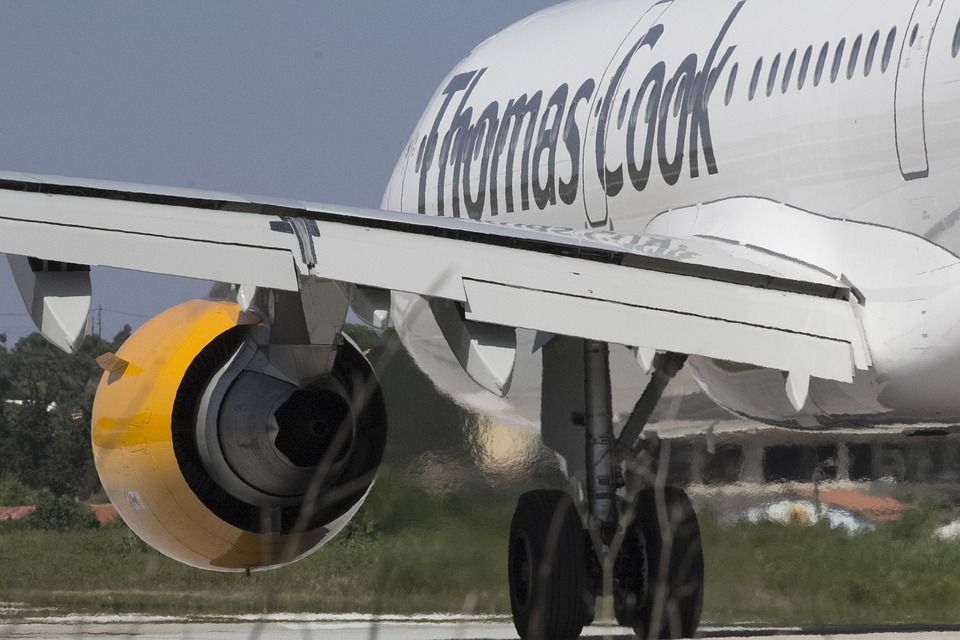 Travel company Thomas Cook is no more. Another iconic cornerstone of the British high street has gone into liquidation and 9,000 workers in the UK are out of a job. Many of these went through the same horrible experience just two years ago when Monarch Airlines collapsed. The current collapse is arguably an even-greater social disaster and hits 20,000 workers worldwide, with wider knock-on effects throughout the travel industry.

Talks over the weekend in the City law firm Slaughter and May – the cruel irony of the name – where participants included Thomas Cook’s creditors and its biggest shareholder, Chinese conglomerate Fosun, failed to produce any results. The £200m in cash needed to save the tour operator was not found. More than 150,000 Britons on holiday are now stranded abroad and are awaiting the largest ever peacetime repatriation. Holidaymakers at a hotel in Tunisia reported being locked in by security guards as the hotel demanded extra money, fearing it would not be paid by Thomas Cook.

Chronicle of a death foretold

The demise of Thomas Cook will come as a shock to many, but the writing had been on the wall for some time now. The travel and aviation industries are a cut-throat business where profit margins are small. Package holidays are dying a slow death in an age where people can use the Internet to book their own flights and hotels, thus cutting out the middle man.

For many working people who have sweated through a year, a holiday is a glimmer of hope and a chance to rest, but equally important is being able to afford one. When demand slows down, which is inevitable after years of austerity, this has an immediate effect. Volume is king, and without a steady flow of bookings, any travel company quickly starts racking up the debts and is doomed. Mismanagement can play a role – and having heard some stories from Thomas Cook colleagues, this also seems to be the case here – but ultimately this is more like a cancer that is eating the organism (an out-of-date business model) from within.

Failure of the market

Incredibly, Boris Johnson had the cheek to say that it was time to “reflect on whether the directors of these companies are properly incentivised to sort such matters out”. This is turning reality on its head. As the Telegraph reported the other day: “Peter Fankhauser, the Swiss chief executive, has taken home £8.3 million since he took the helm in 2014, including a £2.9m bonus in 2015. Chief financial officers Michael Healy and Bill Scott, who started at the beginning of last, have together been paid around £7 million since 2014.”

The capitalist myth that you need a few very-well-paid people at the top to run a company, has been shown for what it is. Indeed, the bosses of Thomas Cook will walk away with their pension pots and other benefits intact, whilst its staff doing the actual work are facing disaster and most likely won’t even get paid this month.

The political establishment is looking on with impotence, unable to do anything apart from shedding a few crocodile tears. Following the collapse of BHS, Carillion and British Steel, this is another indictment of laissez faire capitalism. The market is unable to provide a secure existence for ordinary working people, who will always be at the mercy of the profit motive and will always be the first to be sacrificed on its altar.

Capitalism's bust when thousands lose their jobs, many more thousands are stranded or losing holidays, taxpayers are landed with a huge bill and yet Thomas Cook Fat Cats still keep undeserved millions. We need a law to to force 'em to pay the loot back https://t.co/DKzSEdtxCU pic.twitter.com/2x2qLUJ1RD

Another cruel irony is that it was banks, including RBS and Lloyd’s, that demanded an additional £200m liquidity. These are the same banks that were bailed out by the taxpayer to the tune of £65bn, with RBS majority owned by the state. This clearly shows where the priorities lie, but also the brutal logic of the system.

The collapse of Thomas Cook is a tragedy, and sadly won’t be the last one in this epoch of crises, and with Brexit yet to come. But it is a tragedy for workers and holidaymakers alone.

The executives have walked away with massive bonuses. Creditors stand first in line to pick at the bones of Thomas Cook. Meanwhile, hedge fund investors have got away scot-free. Most either bet on Thomas Cook’s collapse or else are now cashing in on “credit default swaps” to the tune of $250 million.

While the bosses wash their hands of the whole affair and make off with the cash, numerous stories have come out of (now unemployed) Thomas Cook staff, working tirelessly and without pay to help holidaymakers get home.

However, you cannot control what you do not own, which is why we advocate the nationalisation of all transport industries: trains and buses, but also airlines. Indeed, Thomas Cook was nationalised by Labour in the 1940s but was once more privatised by the Tories in the 1970s. Today, we see the end result and the misery that privatisation and the “rigours of the market” lead to. Only nationalisation under democratic workers’ control can prevent people from being thrown onto the scrapheap of unemployment and allow these services to be run in a way that puts workers and users first, whilst enabling crucial and urgent investments in renewable energy sources.