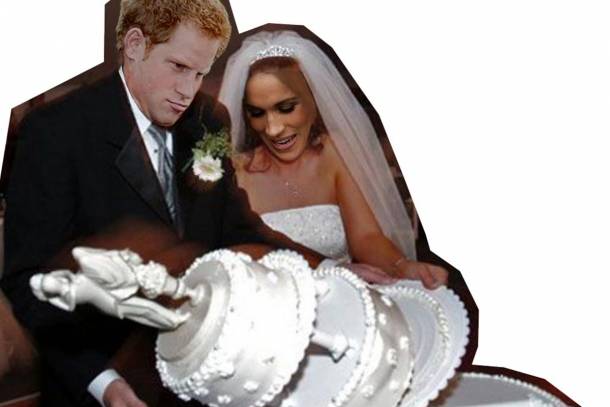 This weekend, on Saturday 19 May, British royal, one-time Nazi impersonator and sixth-in-line to the throne, Prince Harry will marry the American actress Meghan Markle. Hot on the heels of the birth of a third royal baby, the establishment are clearly hoping that another royal spectacle will help to distract from the multiple crises engulfing Theresa May’s embattled government.

However, the wedding was recently in the media for all the wrong reasons. The Tory leader of Windsor council, Simon Dudley, set out plans to clear ‘unsightly’ rough sleepers and homeless people out of the town prior to the wedding, including fining them up to £100 for begging.

Presumably the royal couple’s special day would have been ruined by even the slightest glimpse of the abject poverty that has become a common feature of austerity Britain under the Tories’ watch, as the number of rough sleepers has increased by 169 percent since 2010.

But while capitalism is unable to provide that most basic of human needs – a roof over our head – it has plenty of money for the extravagant whims of the rich and powerful.

While those of us lucky enough not to be homeless continue to struggle under the strain of falling wages and rising living costs, the royals are obviously unconcerned by such trifles. The wedding is estimated to cost a staggering £32 million. This lavish budget includes ludicrous expenses, such as £90,000 spent on twenty silver-plated trumpets! Meghan’s dress will cost at least £100,000. Yet we apparently can’t afford to give nurses a proper pay rise.

The bill will apparently be footed by the royal family themselves. But where do they get their money from? The Queen receives an annual non-means tested ‘Sovereign Grant’ from the government (paid for out of the pockets of working people), which this year totals £82.2m – an increase of 8 percent on 2017/18.

The Queen also has a ‘private’ income from the Duchy of Lancaster, land in the UK which the royal family owns thanks to plundering by hundreds of years of unelected monarchs, dating back to the feudal system. At present she makes around £17 million a year from these holdings.

When the answer of the bosses and their political representatives in the Tory party to even the slightest demands of the workers is ‘we can’t afford it’, the spectacle of such wealth and squandering is truly sickening.

As such, our call to abolish the decrepit farce that is the monarchy isn’t just a democratic demand – it’s also about seizing back their obscene wealth and putting it to use in solving the pressing needs of the many.