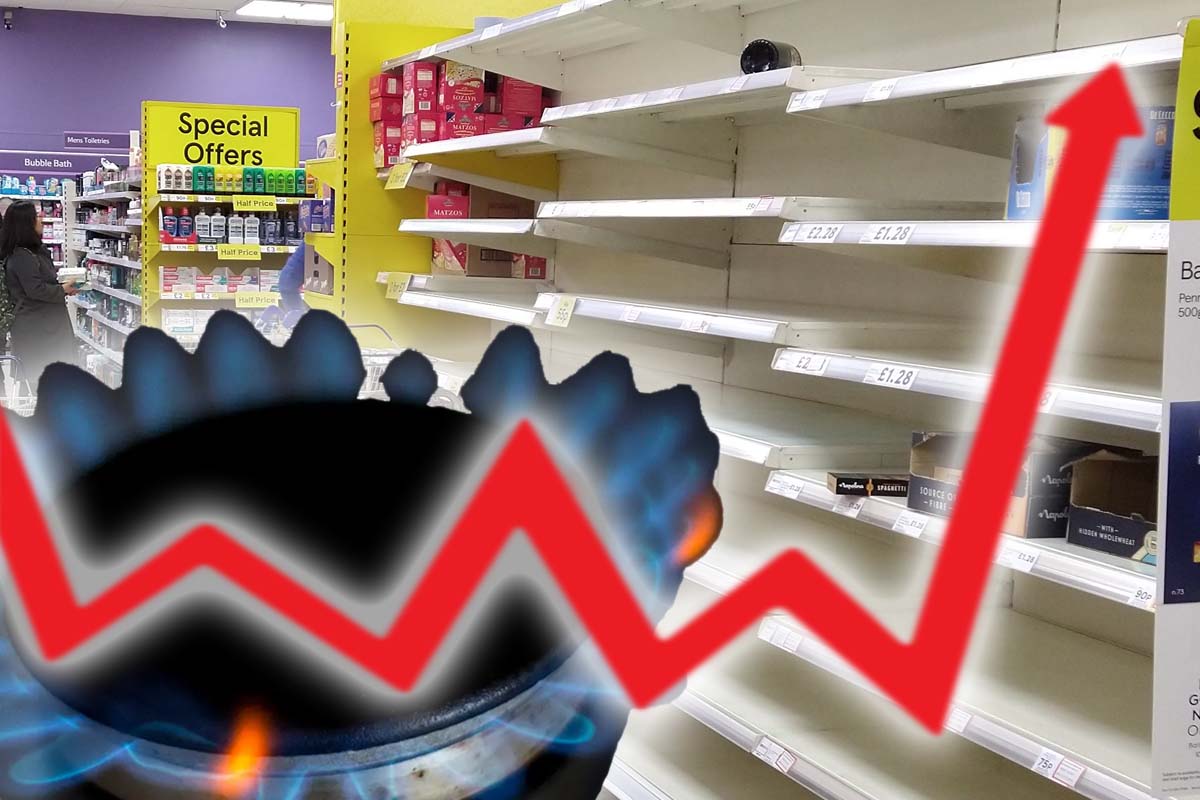 Across the UK economy, prices are rising and businesses are facing shortages. It is clear that the anarchy of the capitalist market cannot provide society with life’s necessities. The case for socialist planning has never been so clear.

Back in July of this year, Boris Johnson and the Tories promised Britons ‘freedom’, as restrictions were lifted and society emerged from its pandemic-induced hibernation.

Only two months later, however, and the country is on the verge of collapse; crushed by the hammer blows of the global crisis of capitalism.

Perspectives of a robust rebound for the world – and UK – economy have turned out to be rose-tinted. Instead of seeing a dynamic recovery, across the board production is sputtering and supply chains are breaking, with the so-called ‘efficient’ market failing to provide basic necessities.

The picture is clear: Capitalism is chaos. And as ever, it is the working class who are being made to pay for this crisis.

Centre of attention in recent days has been Britain’s energy industry, with smaller providers dropping like flies as wholesale gas prices rise.

The UK’s gas crisis epitomises all the contradictions facing the world economy, as surges in demand, fragile ‘just-in-time’ supply networks, and a long-term lack of investment combine to create an explosive cocktail. 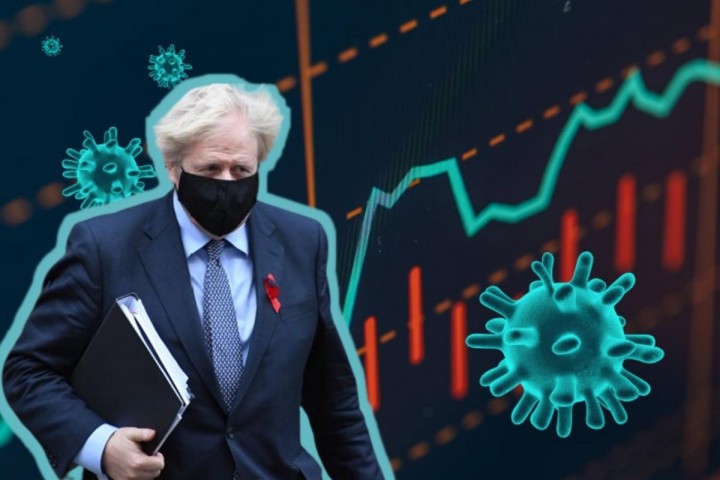 The UK’s gas crisis epitomises all the contradictions facing the world economy, as surges in demand, fragile ‘just-in-time’ supply networks, and a long-term lack of investment combine to create an explosive cocktail / Image: Socialist Appeal

A decade ago, the Tory-Liberal coalition introduced a series of reforms to Britain’s energy sector, which had previously been dominated by the ‘Big Six’.

This led to a flurry of entrants into the market, with a new crop of capitalists spying an opportunity to make juicy profits. As a result, the number of household suppliers increased from 12 in 2010 to more than 70 in 2018.

Predictably, this bubble is now bursting. Two more providers – Avro Energy and Green, with 800,000 customers between them – went bust today, on top of five others that have already collapsed in recent weeks. Dozens more are expected to follow in the months ahead.

Industry experts predict that there could be as little as 10 suppliers by the end of the year, with others suggesting that the sector could revert to its previous state – lorded over by a handful of profiteering monopolies.

Commentators have blamed a perfect storm of events for this calamity: from last winter’s prolonged colder temperatures; to less gas arriving through Russian pipelines; to higher demand from other parts of the world; to still winds and a resultant decrease in electricity production from UK turbines.

But the truth is that this is a failure of the capitalist market; of a system based on profits, not needs.

Instead of investing to strengthen infrastructure in the ‘good times’, energy bosses simply lined their pockets.

Now the country is faced with a lack of gas storage (with capacity to cover only 2% of annual demand, compared to 20-30% for most other importers); a shortage of electricity supply from renewable sources; and a poorly-insulated housing stock.

The result is that ordinary people could be left with cold homes and higher energy bills this winter – all on top of rising food prices, increased taxes, and cuts to Universal Credit.

Won't be too difficult for him, will it. https://t.co/QdLKGVQOAC

Tory business secretary Kwasi Kwarteng has described such fears as “alarmist”, promising in Parliament that the government’s priority was “protecting consumers”. This, he claimed, would be done by maintaining the energy price cap, which limits the amount that suppliers can charge households.

But regulator Ofgem already raised the so-called price cap in August by more than 12%. This is predicted to lead to an average increase in bills of £139 this October.

And analysis by industry insiders estimates that further rises of over £550 per year will be needed to accommodate higher gas prices, with the energy cap potentially going up by a further 15-17.5% next April.

With Kwarteng also pledging not to save any failed energy providers, it is likely that the government will opt to intervene by supporting the large remaining survivors – subsidising them (with public money, of course) so that they can take on customers from their collapsed competitors.

In other words, whilst the bosses get bailouts, the rest of us face blackouts.

The case for planning has never been so clear. Privatisation has proven to be a disaster – for everyone other than the capitalists, that is.

But you cannot plan what you do not control. And as left-wing Labour MP Ian Lavery correctly stated on Twitter: “You can’t control what you don’t own. That’s very simple.”

That is why we need public ownership, as Lavery (but unfortunately not Keir Starmer) demands. And this means nationalising the energy monopolies – without compensation, and under workers’ control – to ensure that working-class families never have to face the choice between heating and eating ever again.

You can’t control what you don’t own. That’s very simple.

Let’s take the energy companies into public ownership and ensure no one dies because of a lack of heat in their home.

The story of Britain’s gas crisis doesn’t end there, however.

Due to rising natural gas costs, the country’s largest provider of carbon dioxide (CO2), CF Industries, which provides 45% of Britain’s CO2, recently declared that it was halting its UK operations, with the US company’s owners blunting stating that it was no longer profitable to continue production.

This promptly led to panic across the economy, due to the vital role that CO2 plays in areas such as food packaging, fizzy drinks, and slaughterhouses. As a result, bosses warned of empty supermarket shelves, and the prospect of poultry and pork supplies running out within days.

These pressures exacerbate an already-dire situation for British businesses, with widespread reports of bottlenecks and labour shortages: from lorry drivers to meat industry workers.

Pig farmers, for example, have estimated that they could be only two weeks away from culling a 100,000-strong surplus of healthy animals, due to a lack of workers and CO2. Other employers, meanwhile, have begged the government to allow them to use prison labour in order to fill their shortfall in workers.

Furthermore, business leaders are warning that these problems could persist for many months, leading to expected increases in food prices of 2.3% in the short-term, and wider inflation of 4% by the end of the year.

The scarcity of CO2 could also have a grave impact upon the NHS, as the gas is used in a number of medical procedures.

This comes at a terrible time for Britain’s healthcare system, which is already overstretched and understaffed, with staff working flat out to reduce the millions-strong backlog that has built up during the pandemic. And that is before a further wave of the virus – due to Tory recklessness – pushes more patients into overcrowded hospitals.

Faced with this all-round catastrophe, the government has stepped in, promising CF Industries temporary support in the order of £20 million to carry on production.

Responding to calls for this essential – but parasitic – producer to be brought under public ownership, Kwasi Kwarteng asserted that: “Between nationalisation and not doing anything, there are lots of options.”

Top of the list of said ‘options’, it seems, is that of kicking the can down the road, and siphoning off millions in taxpayers’ money to another set of unscrupulous bosses – all to avoid a crisis precipitated by their profit system.

Government has agreed to subsidise CO2 production by CF Fertilisers for just THREE WEEKS. What on earth happens after that? pic.twitter.com/FLG6CvoMam

For planning, not profit

Across the economy, one industry after another is facing a crisis. The individual reasons may vary, but the general situation – of chaos, scarcity, and shortages – is the same everywhere.

Complaints of labour shortages alongside millions unemployed; a shortage of CO2, whilst big polluters pump out carbon emissions; a lack of basic goods, amidst a worldwide glut of commodities: This is the madness of capitalism, exposed for all to see.

It is clear that the capitalist system – based on private ownership, production for profit, and the anarchy of the market – is unable to sustain a semi-civilised existence for the vast majority of people.

Fat-cat bosses, meanwhile, are laughing all the way to the bank, as the working class is presented with the bill for their mess.

The need for socialist planning has never been greater. The resources exist to reliably provide the whole of society with all of life’s essentials. But these are currently being squandered, all for the sake of the capitalists’ profits.

We say: Make the bosses pay for this crisis! Expropriate the billionaires! End the chaos of capitalism! For a democratic, rational, socialist plan of production! For planning, not profit!