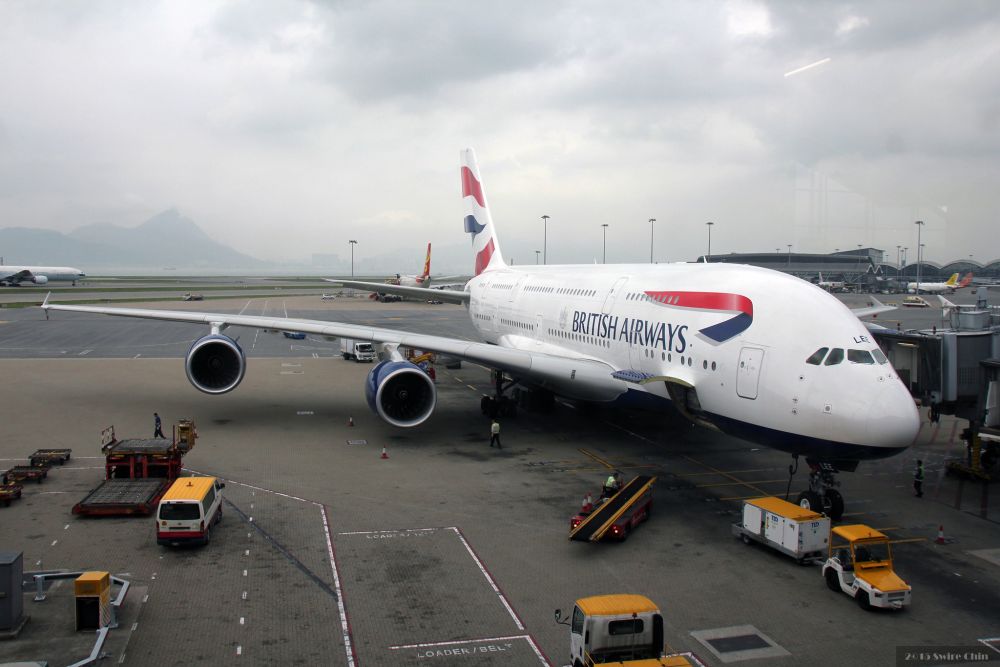 Ruthless British Airways bosses are set to cut thousands of jobs at the airline, using the pretext of the pandemic to undermine workers’ wages and conditions. The labour movement must fight for nationalisation and workers’ control.

Last week, British Airways announced that it will slash 12,000 jobs in the UK. The internal memo, leaked online, was sent just a day after IAG, BA’s parent company, announced plans to cut almost 30 per cent of the airline’s 42,000 workforce. Around 1,130 pilots out of a stated total of 4,346 (one quarter) are to go, with a target reduction of over 4,500 cabin crew (over a third).

Typical contemptuous behaviour of a multi- billion pound company towards its workers.#COVID19

For workers surviving the cull, the bosses made clear that existing terms of conditions would be thrown onto the scrap heap in the name of ‘flexibility’ and ‘efficiency’. Previously agreed redundancy payouts are also no longer available.

“We are proposing to introduce new policies including those on disciplinary and grievance procedures and performance and absence management which would be non contractual. In addition…we propose to explore with you departing from those collective arrangements...Under the current circumstances, the costs of delivering any enhanced Voluntary Redundancy programme will now be prohibitively expensive and, subject to consultation, we are proposing to meet minimum statutory obligations only.”

This Orwellian language – where management ‘proposes’ – is in reality a knife to the throat of flight crew, who have already been forced to tighten their belts since the 2008 slump. What management is really saying is: forget about your existing contracts; and if you don’t like it, here’s the door.

Covid-19 is like manna from heaven for IAG and the BA board: an opportunity for the company to get rid of any workers who still enjoy the relative luxury of a half-decent contract and working conditions.

From now on, all British Airways employees risk having to work on minimum salary contracts, with little job security and the cheapest and worst working conditions legally allowable.

In effect, BA is using exactly the same bullying tactics as low-cost airlines like Wizz Air. This up-and-coming Hungarian ‘ultra low-cost’ airline is now the biggest operator in London Luton. Rumours abound that it will pounce on Gatwick once its weaker competitors – like Norwegian – have gone bust.

Despite having €1.5 billion in the bank, Wizz Air still laid off a quarter of its workforce a few weeks ago. Cash-heavy Ryanair is doing the same thing, and is now laying off 3,000 staff and imposing considerable pay cuts.

BA and IAG certainly also have the cash reserves to offer an alternative to making 12,000 employees redundant. But this would have to come out of the pockets of the shareholders, who are only in this game to collect their dividends and make a profit.

Furthermore, it would mean that IAG, its CEO Willie Walsh, and BA CEO Alex Cruz would lose a once-in-a-lifetime opportunity to get rid of their more expensive employees under the cover of crisis.

Likewise, if BA were to accept a cheap government loan, which could help to prevent many of these job losses, this would open the door for struggling Virgin to do the same. And why would BA bosses want to provide their biggest competitor with any possible lifeline?

BA management have therefore concluded that, rather than give their UK opponents any chance of survival, it is preferable to throw their most loyal workers to the wolves, replacing them with far cheaper labour. Two birds killed with one stone. Job done. Management bonuses and Veuve Clicquot all round.

No return to normality

In a sign of the unprecedented times we are living through, BA announced it may even have to abandon London Gatwick as a base to operate from altogether.

British Airways tells staff its operation at Gatwick airport may not reopen after the coronavirus pandemic passeshttps://t.co/iE1pzpe13W

Under normal circumstances, it is inconceivable that Gatwick’s second largest carrier, and a permanent presence at the airport for decades, could opt to cease its operations there. But such is the severity of the crisis facing the aviation industry that there is no ‘normal’ anymore.

Neither will there be any return to ‘the good old days’. The vultures and hyenas who run our biggest companies will use the current crisis to slice, dice, and butcher their best employees in the most brutal manner. If you thought things became cutthroat after the 2008 crash, you ain’t seen nothing yet.

After 9/11 and then the financial crisis, BA claimed that the end of the aviation world was nigh. Pay cuts were imposed and terms and conditions slashed in order to ‘save the company’.

The ‘best airline’ gradually became just another low-cost airline. Pilots are worked to the maximum; the most coveted roster system got trashed; and pension schemes were destroyed: all in the name of ‘saving the company’.

The problem for management is that they have already reduced their workforce to the bone, to the point where there is relatively little else left to cut. The Financial Times cynically went as far as to label the current round of cuts as “peanuts” – i.e. not likely to solve anything fundamental.

In a time of crisis, many employees will accept some sort of sacrifice in the short term to help the business and save their own job. But airline executives have a habit of never returning the favour in the ‘good times’.

Since 2014, IAG shareholders made a tidy post-tax profit of over €10 billion, whilst pay and conditions went down for everyone else: pilots, cabin crew, engineers, dispatchers, and back office staff.

BA is heavily unionised. But more and more voices are now questioning the appeasement strategy of BALPA, the main pilots’ union, over the years. This is aptly summed up by two BA pilots, venting their frustration on a pilots’ forum:

“We, as a working group (pilots) and union (BA BALPA), have consistently ceded ground (in my 15 years or so in BA) to our increasingly aggressive management...Collectively, we haven’t found the will or the way to fight back effectively enough and thus find ourselves in a pretty weak position, at a time when the management are as usual, trying to hammer us down again.”

“As a current [BA pilot] and former BACC rep, we have made our beds. Squandering the bull run and historic profitability, we followed the Pied Piper with his pseudo economics and general BS and ratcheted down our own t&c’s. Where’s the special relationship now, where’s the reset? For that matter where’s the promise of no redundancies for a 50% pay cut until July? We have cut away all the fat, so any further cuts will be muscle. Muscle that has built this once great airline.”

A very harsh lesson is now being learned: weakness invites aggression. Last year, BALPA delayed and delayed a historical two day pilots’ strike at BA. Despite the strikers displaying tremendous heroism, the outcome was essentially the same deal that had been rejected by more than 90 percent of its membership several months earlier.

BALPA is facing the battle of a lifetime in the coming weeks and months. The pressure is on them to negotiate some kind of deal that can soften the hammer blow. But their bargaining position is extremely weak. And with all planes grounded by the pandemic, a strike is ruled out.

As a result, absolute unity is of paramount importance. The war against the bosses can only be won by sticking together. Pilots, cabin crew, engineering and back office staff are all waging the same battle. Linking up with colleagues in other airlines is also another way to encourage solidarity, and to maximise public and political support.

But these things, crucial as they are, won’t be enough. The only real way forward is to cast aside any parochial or short-term trade union perspective, and to understand that this struggle is very much a political question.

Covid-19 was merely the straw that broke the camel’s back. It laid bare the precariousness of life under capitalism, and now provides a pretext to strip bare a formerly nationalised airline that people once took pride in.

The demand for nationalisation under workers’ control is the only feasible demand in the current situation. This is the only way to save jobs, defend workers, and protect industries from the anarchy of the capitalist market – and to transform the economy so that it operates for society’s needs, not shareholders’ profits.