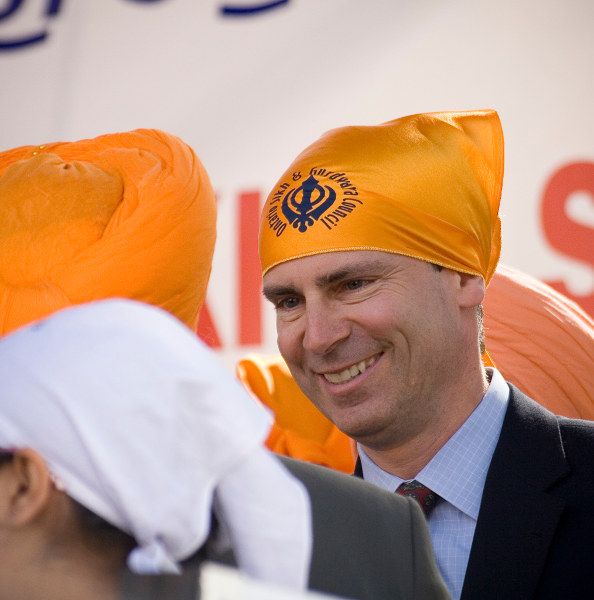 Canada may be some distance from Greece geographically, but the economic policies being adopted look strikingly similar, with public sector wage freezes, cuts in spending and increased costs of services. And for people in Britain who may be thinking of voting Liberal, take a look at what the Canadian Liberals are doing in Ontario.

The Ontario provincial budget that was recently tabled laid out a series of cuts, aimed mainly at public sector workers. However, the budget also makes clear that the Liberals are afraid of greater social unrest that may result from heavier attacks. Many of the worst provisions that had been speculated seem to have been put off to the future. In the end, pressures from the capitalists are going to force the provincial government to launch a full-on assault in order to restore the financial equilibrium of the province.

The provincial books are a mess. Although the provincial deficit ended up being smaller than what the government had announced back in October, the Ontario deficit still stands at a record $21.3billion; the budget forecasts further deficits and that the province will not balance its books until 2018. When asked what the theme of this year’s budget is, Ontario Finance Minister Dwight Duncan said, “We're asking everybody to contribute…I think Ontarians want us to practise restraint. I think people get it.” When Duncan means “everybody,” he must have forgotten the bosses, the bankers, and the rich; it is everyone else that is being forced to pay for a crisis we had nothing to do with!

The group most in the government’s line of sight are Ontario’s public sector workers. For months now, Premier Dalton McGuinty has been warning public workers that it was going to be their time to “pay.” In this budget, McGuinty got his wish. The government is imposing an immediate wage freeze on all public sector workers. For unionized workers, this will be part of their next collective bargaining agreement. However, the freeze will come into effect immediately for over 350,000 non-unionized public workers. This freeze does not apply to the top bureaucrats in the province who earn enormous performance bonuses that often far surpass their base wage. Bonuses to these bureaucrats will not be covered by the wage freeze.

For over one-million public workers, the freeze is an actual wage cut when you factor in inflation and rising costs of living. All of the bailouts towards the auto plant bosses, manufacturing bosses, and bankers are being paid for by workers. It is ordinary workers that have to pay for corporate subsidies and corporate tax cuts.

Although the wage freeze is only meant for public sector workers directly employed by the provincial government, this has not stopped McGuinty from advocating a wage freeze over all public workers, even ones he has no jurisdiction over. When asked by the Canadian Press what he would say to municipal workers such as fire-fighters and paramedics, McGuinty said, “I think they all need to ask themselves: ‘What do we need to do to help? What role can we play? How can we be part of the solution? How can we demonstrate that we understand that the recession has had consequences on the ability of taxpayers to pay for services (and) on the ability of the government to deliver those services?’ I’m confident that there’s a lot of goodwill and, as I say, people want to be part of the solution.”

The Liberals have even gone after the most poor in society. The Liberal government announced that they were ending the special diet allowance for welfare recipients that suffer from health problems. The allowance provided for up to an extra $250/month and allowed welfare recipients to purchase fresh food that they would otherwise not have been able to afford. The Liberals claimed that too many people on welfare were claiming the supplement, so it has now been eliminated. In compensation, the government announced that they were “generously” raising welfare rates in the province by one percent, less than half the rate of inflation!

The people of Toronto were also hammered when the Liberals announced that they were immediately suspending $4-billion in funding toward Transit City. Transit City was a plan by the Toronto Transit Commission (TTC) to finally expand rapid transit in the city. The construction of dedicated streetcar routes, particularly in some of the poorest suburban neighbourhoods in Toronto, would have been the first meaningful expansion of public transit in over a quarter-century. Although the Liberals claim that the funding will only be deferred, this move essentially kills Transit City. Public transit is vital for working class people and in Toronto, in particular, it is often the only mode of transportation for many workers and young people. At an average of 80 minutes, a recent Toronto Board of Trade study shows that Toronto workers face the longest commute time of any city in the world (on average, 12 minutes longer than New York and 24 minutes longer than Los Angeles). As fares continue to go up and transit services continue to deteriorate, workers are going to face even greater pressures just so that they can make it to work.

At the last minute, the provincial government announced that they would restore $63.5-million in childcare funding that was set to be cut due to an expiring deal with the federal government. However, this is not extra money; all that this funding will do is maintain the little childcare that exists in the province. It certainly does not shrink waiting lists for day-care spots, nor does it make day-care any more affordable for families. Actually, when inflation is factored in, there indeed is going to be less funding for day-care than there is today.

What Dalton and the Liberals have actually done is place the entire burden of the capitalist crisis on the shoulders of the working class. What wasn’t addressed in the budget were the introduction of the HST in July, and a raise in hydro rates across the province. As mentioned previously, the HST will impose sales tax on many items that were previously exempt from the existing provincial sales tax. Furthermore, the HST will eliminate the sales tax exemption for Native peoples. The only beneficiaries of the HST are businesses. Most people are going to face a significant tax bill from the introduction of the HST.

Workers are also getting hammered on their electricity bills. Ontario Power Generation has applied to the Ontario Energy Board to raise hydro rates across the province. If this rate hike is approved, it will be one more surcharge that is added to everyone’s electricity bill. The HST will also now apply to hydro rates. Time-of-day billing has meant that 94% of Toronto Hydro customers have seen higher electricity bills (according to Toronto Hydro’s own numbers). An extra “green” surcharge is going to be charged on all electricity bills across the province to pay for the Liberals’ $53-million “green energy program,” which includes subsidies to massive multinational Samsung to establish “wind and solar manufacturing centres” in Ontario! The government has signed sweetheart deals with Samsung and other “green energy” producers where these producers will be able to charge much higher rates for electricity than providers today. By 2011, Aegent Energy Advisors Inc. expects that Ontarians will be paying an extra $300 per year for their electricity, a 26% increase.

As bad as the budget may appear to workers, the sad fact of the matter is that unless there is an organized fight back by the unions and the NDP, things are only set to get worse in the coming years. The truth is that McGuinty has a point: the budget could have been a lot worse and attacked workers to a bigger degree. The ruling class understands this and are making their displeasure known.

Ontario Conservative leader Tim Hudak slammed the budget calling for deeper wage cuts for public sector employees. The Globe and Mail expressed their disappointment with the Ontario budget by writing, “The province is in an immense fiscal hole with absolutely no idea how to climb out of it.” One writer for the Globe contrasted the Quebec budget with Ontario’s, praising the Quebec provincial government for having made all of the tough choices that the Ontario Liberals refused to do so.

Undoubtedly, the Liberals are afraid of provoking unrest ahead of next year’s provincial election. Public sector unions, particularly the teachers and nurses, played a key role in getting the Liberals elected in 2003. Aside from nurses’ contracts, most provincial public sector contracts are set to expire after next year’s election. There had been much talk about privatizing Crown corporations, resulting in a general outcry. Not surprisingly, privatization was not mentioned in the budget. It looks like the Liberals will be content to nickel-and-dime us to death while they put off major confrontations until after the next election, meaning that the worst attacks are still probably at least 18 months away.

But, we can be sure that this is only the very beginning of a war against the working class. The bankers are not happy that the Liberals plan to continue recording deficit budgets until 2018. Ontario’s budget deficit is nearly twice that of California (the largest state deficit in the US), even though California’s economy is three times the size of Ontario’s. Although Ontario’s debt was only 28.2% of GDP last year, that ratio is set to climb to 37.2% by next year. By 2018, Ontario might be as indebted as Quebec.

The ruling class waged class war in the 1990s under the Mike Harris government. Even though they were able to get the leaders of the labour movement to eventually back down, they were unable to accomplish everything that they wanted. The gains that they did make came at the expense of almost provoking a general strike across the province.

With this in mind, the labour leaders need to be prepared to give a lead to workers across the province. They need to be able to point out that an attack on public sector workers is going to have an effect on all workers in all sectors of the economy. They need to mobilize a fightback against the wage freeze, which is truly a wage cut and probably the precursor to greater attacks. They should be aware that the bankers and bosses will not continue to tolerate the financial mess that the province is in. The working class is prepared to struggle if a lead is given. We cannot have the type of leadership that NDP leader Andrea Horwath or OFL president Sid Ryan provided immediately following the budget’s announcement. When questioned on the budget’s attacks on public workers, Horwath replied, “Everyone knows that times are tough… [public sector workers] have to do their part as well.” Sid Ryan believed that the government’s resolve is weak and that workers have little to worry about. “At this point in time, telling us that we're looking at net zero bargaining as a possible strategy sets off some alarm bells but nothing we're going to panic about,” he said. “Let's see what the economy looks like when collective agreements come open and we get an opportunity to come to the table.” This type of behaviour is akin to an ostrich sticking its head in the sand. It is not enough to pretend that there is no problem; the labour leaders need to prepare the workers for the struggles to come.

The labour tops sold the movement out during the Harris years, but it will be tougher this time around. There are no “better times” ahead for most workers. We have been told this for over a decade and they have yet to appear. Unless Horwath and the labour leaders are able to lead an organized fightback against the cuts now, the Liberals and their capitalist allies will be further emboldened and we will see much more devastating cuts and attacks in budgets to come.