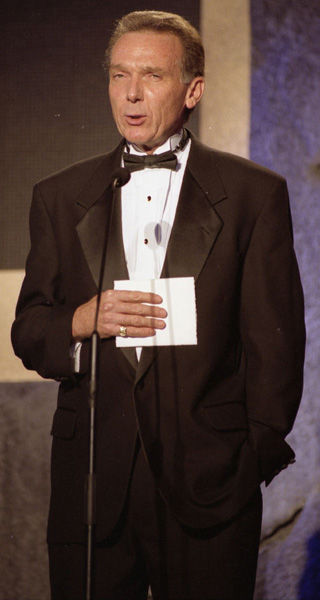 Canada has stood almost alone on the international stage, going so far as to say that Zelaya should not return back to Honduras. This should not come as a huge shock for Canadians as the Canadian state has been pursuing an increasingly interventionist role in Latin American affairs for a while now.

The world is currently witnessing another reactionary coup d'etat in Latin America, unfortunately the latest in a long line of coups that have deposed popularly elected governments in the hemisphere. Honduras' president, Manuel Zelaya, was kidnapped in the dead of the night and exiled by the country's military on 28th June and the reactionary Roberto Micheletti put into power. Governments around the world, including a half-hearted US government, said that they would not recognize Micheletti's regime and called for the return of Mr. Zelaya. Canada, on the other hand, has stood almost alone on the international stage, going so far as to say that Zelaya should not return back to Honduras. This should not come as a huge shock for Canadians as the Canadian state has been pursuing an increasingly interventionist role in Latin American affairs for a while now.

Manuel Zelaya had planned to return to Honduras on Sunday 5th July, a day after the Organization of American States (OAS) had voted to suspend Honduras' membership and issued a resolution stating they had a “deep concern about the worsening of the current political crisis” in Honduras. Most OAS countries had also supported a resolution calling for the immediate return of Zelaya, but this resolution was defeated largely by the arguments presented by the United States and Canada. The US and Canada also opposed any mention of placing sanctions on the illegal government in Honduras, preferring that countries simply “reflect” on their countries' relations with Honduras.

In an article published in the New York Times, the most vocal opponent to re-instating Mr. Zelaya appears to have been Canada's secretary of state for the Americas, Peter Kent. In this article from 5th July, Kent states that he is “emphatically” opposed to Zelaya's return to Honduras because “it is far from clear that the current conditions could guarantee his safety upon return.” Kent was also opposed to sanctions or any other harsh measures imposed on the new Honduran dictatorship, stressing that the OAS needed to “maintain diplomatic initiatives” which “directly [engage] the interim government to help end the crisis.” Meanwhile, hundreds of thousands of Hondurans are out on the streets demanding a return of Manuel Zelaya and the end of this military dictatorship. The Micheletti dictatorship has responded with the arrests of hundreds of workers and activists, and even killing some of them. In spite of this, there has not been even a peep from the Canadian government.

Canada's shameful role in Honduras should not be a surprise, though. Too many Canadians have been brought up with the idea that Canada is a peacekeeping nation and that unlike the United States, it does not invade or interfere in other countries' affairs. We would argue that Canada has always been an imperialist country but it is true that in the last decade, we have seen a hardening in Canada's foreign policy, with Canadian imperialism becoming much more naked and overt. Canada's continued occupation of Afghanistan is the most evident example, but Canadian imperialism has played an increasingly important role in Latin America. And, with the election of the Obama administration, the spirit of George Bush's foreign policy seems to have migrated north to Ottawa.

With US imperialism having being bogged down in Iraq and Afghanistan, there has been an opening for Canadian interests to come to the fore in Latin America in the meantime. Moreover, considering the significant interests that Canadian banks have in the US, it is very much in their interests to defend and represent US interests in the hemisphere, too.

A lot of people do not know, for example, the pernicious role that Canada has been playing in Venezuela. During the 2004 recall referendum where the Venezuelan oligarchy attempted to recall Venezuelan president Hugo Chávez, the Canadian embassy in Caracas was funnelling funds to Sumáte, the opposition group looking to get rid of President Chávez. (It is also important to note that the Liberals were in government then, meaning that this imperialist role in Latin America is not simply a result of the Conservatives currently being in government.) Since then, the Canadian embassy in Caracas, coupled with Focal, a supposedly non-partisan arm of CIDA (the Canadian International Development Agency), have been repeatedly caught giving funds to groups that are tied to various opposition groups in Venezuela. During Israel's invasion of Lebanon in 2006, the Venezuelan government expelled the Israeli ambassador; Israel simply opened up their diplomatic offices from within the Canadian embassy. Peter Munk, the chairman of Barrick Gold, the world's largest gold mining operation, publicly denounced the governments of Hugo Chávez in Venezuela and of Evo Morales in Bolivia, declaring that he would prefer to work with the Taliban than revolutionary governments in Latin America! Numerous Canadian media outlets, including the Toronto Star, the Globe and Mail, the National Post, and Maclean's magazine, have launched what can only be described as a vicious smear campaign against the radical governments of Latin America. Tim Harper, the former Americas bureau chief for the Toronto Star, was finally censured by the Ontario Press Council after a campaign by the Bolivarian Circle “Louis Riel” proved that Harper had written a series of maliciously one-sided articles trashing Chávez and the Venezuelan government.

According to noted journalist, Yves Engler, Canada is the second largest investor in Honduras. Canadian mining companies Breakwater Resources, Goldcorp, and Yamana Gold all have significant operations in Honduras. President Zelaya had previously announced a moratorium on new mining concessions, undoubtedly angering these Canadian mining interests. Furthermore, Montreal-based clothing giant Gildan produces over half of all their t-shirts in Honduras, and would not have benefited from Zelaya's policies that attempted to lift millions of Hondurans out of poverty with better wages.

As much as Peter Kent and the Canadian government's response (or lack thereof) to the coup d'etat in Honduras is deplorable and needs to be protested, it isn't simply due to the Conservatives being in power. Canadian interference in Latin America has been going on since before Stephen Harper took power. Canada has strong economic and political interests in Latin America and it will do its utmost to defend them, even if it trumps the democratic will of the people of Central and South America. Canadian imperialist interference will continue as long as Canadian economic interests continue to profit from the exploitation of working people around the world.

Along with protests aimed at Peter Kent and the Conservative government, the Honduran solidarity movement needs to demand an end to Canadian imperialist activity throughout the hemisphere—hands off Latin America! We need to attack the state and corporations at home that make imperialist intervention possible. Canadian workers and students need to be brought into the same struggles as those being fought by their Honduran counterparts. The best way to defend the revolutionary movements of Latin America is to build the conditions for revolution at home.