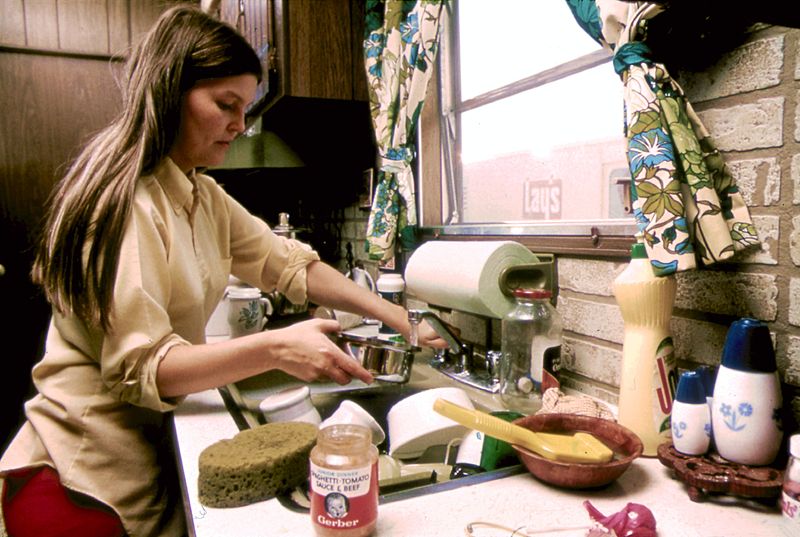 We have witnessed a colossal increase in women's struggles, with mobilizations in defense of gender equality growing larger in recent years. Every 8 March, International Women’s Day, hundreds of thousands of people, mostly women, go out into the streets to resist inequality.

From the very beginning, Marx and Engels pointed out that one of the basic conditions for the emancipation of women was their incorporation into productive work, which would provide their economic independence and free them from "household chores". However, the achievement of both objectives is impossible to bring about within capitalism. Hence, the struggle for the complete emancipation of the working woman is part of the struggle for the socialist revolution, and both must be the result of the united and common struggle by female and male workers. 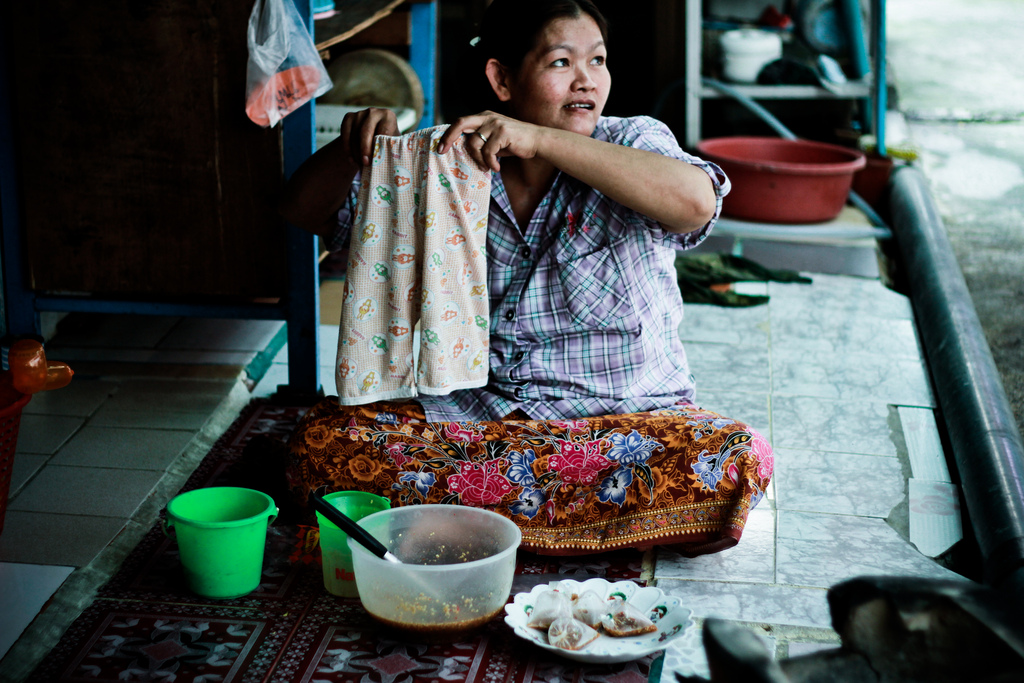 Only through liberation from domestic slavery can the working-class woman win her social and political rights / Image: Marlon Max

The achievement of economic independence by women, in addition, has the objective of ending the moral subjugation of the woman by her partner. It also has the effect of expanding their participation in social life, of raising their moral stature by exhibiting their physical and intellectual skills in productive work, of accessing greater possibilities of culture and knowledge of the reality that surrounds them, and of shaking off the yoke of the religious prejudices that traditionally affected women to a greater extent than men. Therefore, only through liberation from domestic slavery can the working class woman feel the need to demand for herself the same social and political rights possessed by the rest of the class. For all these reasons, the incorporation of millions of women into the labour market objectively strengthens the working class in all aspects.

A salary for ‘housewives’?

From the above, it naturally follows that Marxists reject the demand for a salary for ‘housewives’, because far from constituting an element of social progress, it would help to consolidate and justify the domestic slavery of these women and their marginalization from social life. Our demand must be a decent job for all, men and women, with a salary that allows them to live independently. In any case, we demand an unemployment subsidy for all unemployed people, but this subsidy should never be linked to the performance or not of domestic tasks.

In this topic, we see a class difference. While wealthy families can be freed from the ‘household chores’ by paying women of the working class to take care of these tasks, a working class family can not do this; or in the case that they can do it partially or temporarily, they must allocate a part of the limited family income to pay for it, at the cost of worsening their living conditions. 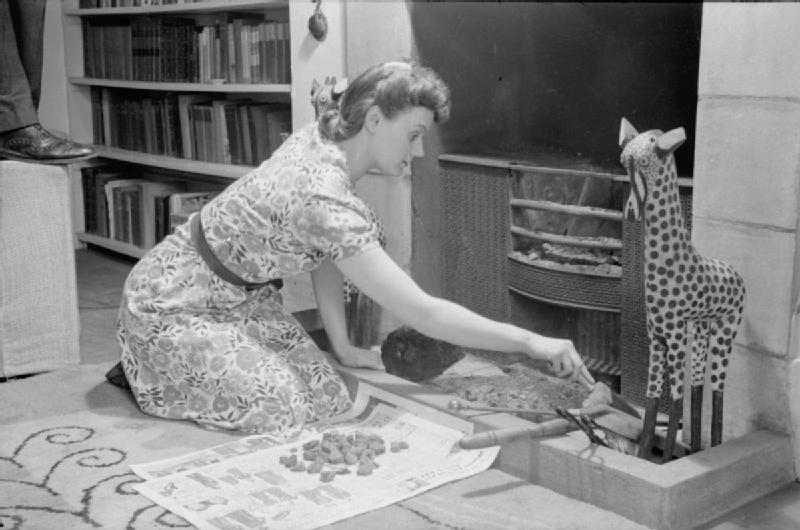 Wealthy families can be freed from ‘household chores’ by paying others to do them: a working-class family cannot / Image: Ministry of Information

The well-off middle-class woman, although she may suffer, like all women, the prejudices and macho behaviours that prevail in capitalist society, from the point of view of her economic and social independence, has achieved virtually all its objectives. The only field of dispute between these women an men "of their class" is to achieve their same conditions and positions of privilege in companies, politics and the state apparatus, in order to enjoy an equal share of the booty in terms of access to higher quotas of welfare and social recognition, through the oppression of the working class as a whole.

We Marxists defend the socialisation of domestic and family tasks. Society as a whole must liberate the working-class family from the asphyxiating and alienating tasks of providing for one’s family, obtaining decent housing, cleaning the home, and the thousand-and-one concerns involved in caring for and raising children and dependent family members, which prevent parents from fully enjoying life and the fruits of social work.

In the same way that in capitalist societies, more or less efficient collective systems (public or private) of transportation, education, health, electrification and energy, lighting, garbage collection and so on have been instituted, it is necessary that society creates material conditions to absorb domestic tasks. Thus, sufficient and well-equipped nurseries and kindergartens should be established in each workplace and neighbourhood, paid for by the companies and public administrations, as well as municipal leisure and cultural centres for children and adolescents. Public laundries should also be established in each street, and public canteens in each workplace, neighbourhood, school and university, where a healthy and balanced meal would be available. And all at cost price. This can not be the responsibility of the private sector, which only seeks profit at the cost of fleecing working class families, and that exposes us to poor services. It must be a responsibility of the city councils, autonomous communities and the central state apparatus. 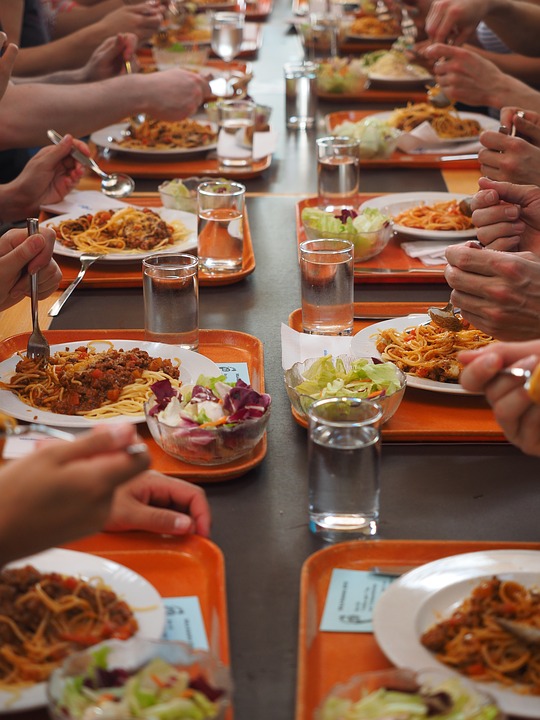 We are in favour of public canteens in each workplace, neighbourhood, school and university, where a healthy and balanced meal would be available at cost price / Image: MaxPixel

Of course, current governments and big businessmen do not want to hear about this. They object to the idea that their profits and public money are destined for these ‘trifles’, because for them it represents a waste that will not generate profits. For this reason, the right wing and the big businessmen are the most interested in keeping women enslaved in housework, be they workers or housewives.

There is also a political and social reason that reinforces the interest of the ruling class in maintaining the domestic work of working class women. They need to subject the family unit to the pressure of the system (feeding, cleaning, taking care of the children, taking care of the elderly, among others) as a way of raising powerful obstacles that hinder the struggle, the organisation, the political participation and the cultural development of working-class families.

For all this, we the Marxists, in contrast to the demand for the creation of contributory benefits for women who do "domestic work and care" in their homes, promoted by the feminist movement, argue that, in order to achieve the emancipation of women, it is necessary to demand:

- The general incorporation of the housewife into productive work outside the home. No ‘housewife’ salary, which would mean the perpetuation of domestic slavery.

- Unemployment subsidy equivalent to the minimum wage for all unemployed which would never be linked to the performance of domestic tasks.

- Free public nurseries in each workplace with 50 or more workers and in each neighbourhood for babies and children from 0 to 6 years.

- Nurseries in each neighbourhood, whose numbers should be related to the amount of inhabitants. These should be evaluated and run by specialists. 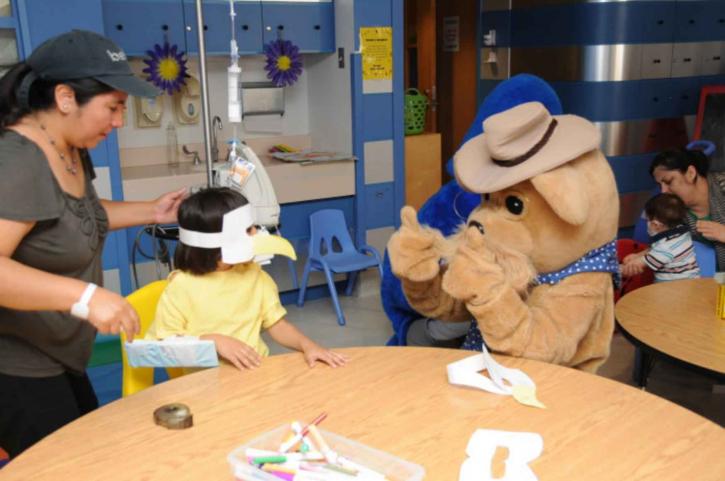 We would establish nurseries in each neighbourhood, evaluated and run by specialists / Image: Pixnio

- Municipal cultural and leisure centres in each neighbourhood for children and adolescents supervised by trained professionals and educational psychologists.

- Dining rooms in all workplaces of 50 or more workers.

- Public canteens for workers' children in schools and universities, as well as in each neighbourhood, with quality meals and menus at cost price.

- Quality public laundries in each street at cost price.

- For a state-run, free-of-charge care service for dependent relatives at home, with skilled waged professionals to deal with care of the elderly, the chronically ill, people with disabilities and children under 13 years of age.

- Public cleaning at home, with trained, waged professionals, as a weekly free service for single-parent families with children or disabled persons under their care.

As we have already explained, the incorporation of women into productive work outside home is an essential element for their emancipation. Only with these demands can we prevent women from being perpetuated in domestic drudgery, and and end their subjugation to men.